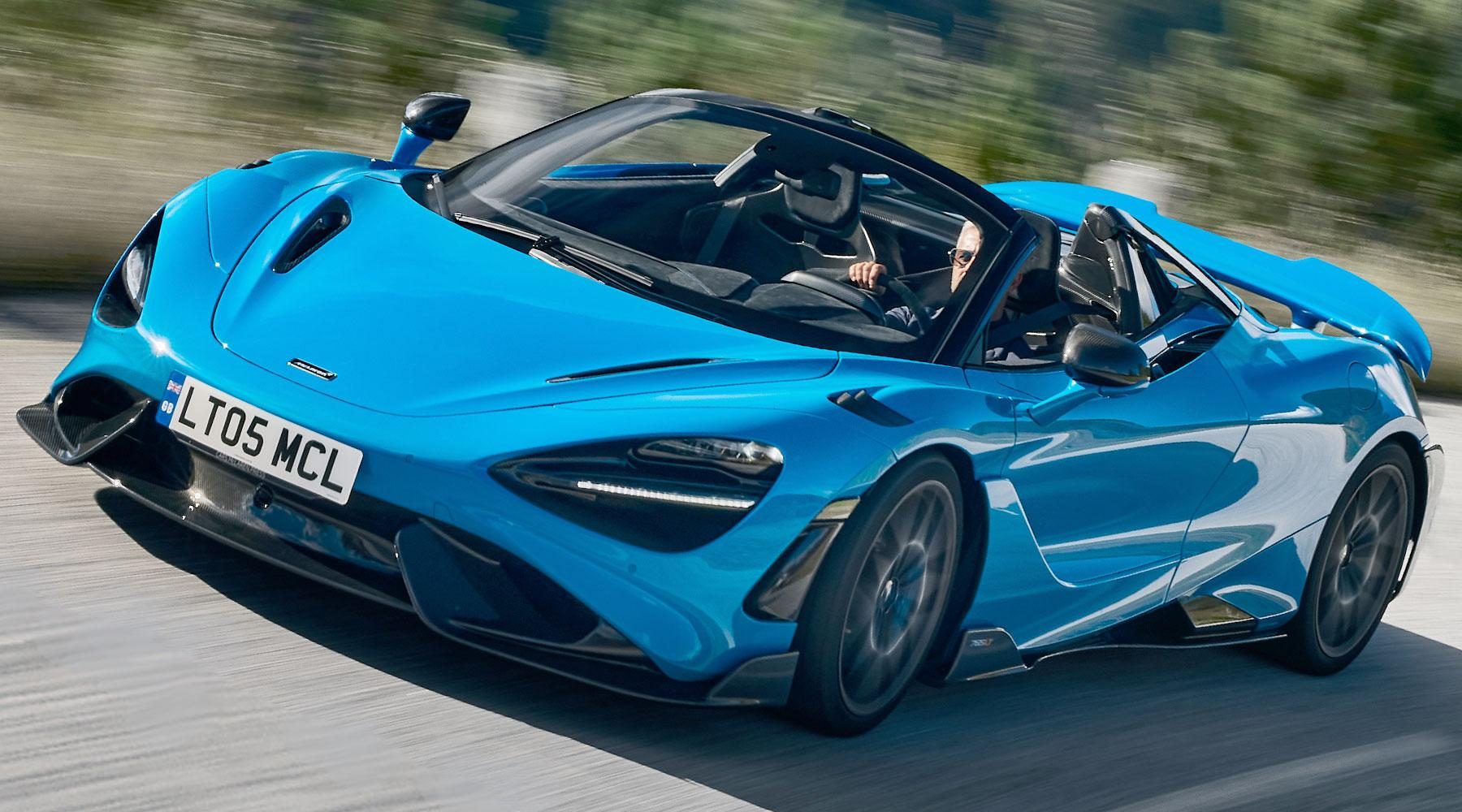 With the Geneva Motor Show in Switzerland being cancelled last minute due to coronavirus fears causing restrictions on maximum gathering sizes, McLaren followed the example of other car brands (such as Volkswagen, Porsche and BMW) and launched its new car online.

The 765LT is a thoroughly exciting car. Here's what you need to know. 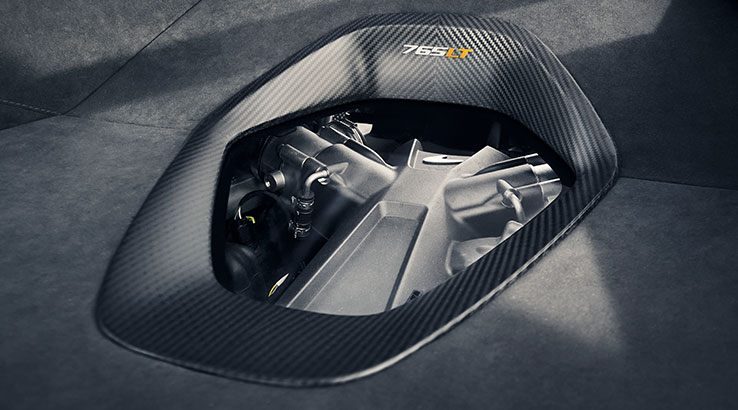 With a roaring 563kW and an unearthly 800Nm, the 765LT is the fastest road-legal LT, or Long Tail, from McLaren to date. It's also the most powerful.

The power-room sits behind and below the driver, making it a mid-mounted engine. McLaren developed a 4.0-litre, twin-turbo V8 for the car, which is known as the M840T. It's got a dry sump, meaning the engine can be mounted lower and store higher capacities of oil. Another added benefit is that aggressive driving doesn't cause the critical lubricating liquid to turn into a bubbly froth.

The M840T is stuffed full of exotic materials. It has forged aluminium pistons and a three-layer head gasket like the McLaren Senna, all hooked up to stiffer engine mounts. Why did engineers use more rigid mounting points? The primary benefit is improved "dynamic" response. But it also transmits more of the thumping vibrations from the power plant into the seats, where they project as low-frequency sound. McLaren says the result is that occupants feel these amplified sounds, as well as hearing them.

Put all of the above together in one single engine while tying it to the 15% faster transmission, and you've got yourself a road-going drag car. Hitting 200km/h takes just 7.2 seconds, which is faster than most average cars will take to hit 100km/h. For reference, the 765LT can get you from a standing launch to 100km/h in just 2.8 seconds. 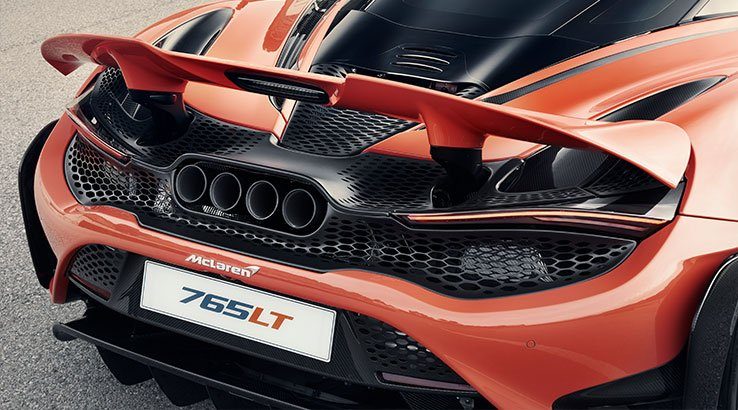 If you've watched the above launch video, you'll notice the 765LT triumphantly sings! That's thanks to a fully titanium, quad-exit exhaust. McLaren ditched traditional finishers in a bid to save more weight. The diameter of the pipework not only aids performance but makes the car louder while emphasising key harmonic frequencies. So it is true this car actually sings. Sort of. McLaren apparently aimed to create a falsetto-like tone that escalates and becomes higher pitched with the engine revs.

There are two schools of thought when it comes to fast cars. Some people will throw in a huge, beasty engine to give a car more power. Others will reduce the weight, making better use of the power the car has. McLaren has opted for both.

Knowing that a lighter car will feel more eager, take-off with less resistance and handle with agility, engineers ditched weight wherever possible. In total, they shaved off 80kg – the weight of an average person.

Carbon fibre is the go-to weight-saving material and is used generously throughout the car. Even the number plate holder is made of the light, yet super strong, composite. Where carbon-fibre laminate wouldn't work, aluminium takes its place.

By replacing the conventional battery from the 720S with a lithium alternative, 3kg was clawed back. Boffins even utilised a high-tech nickel-chrome for internal transmission cogs, a weight-saving material used on F1 cars. 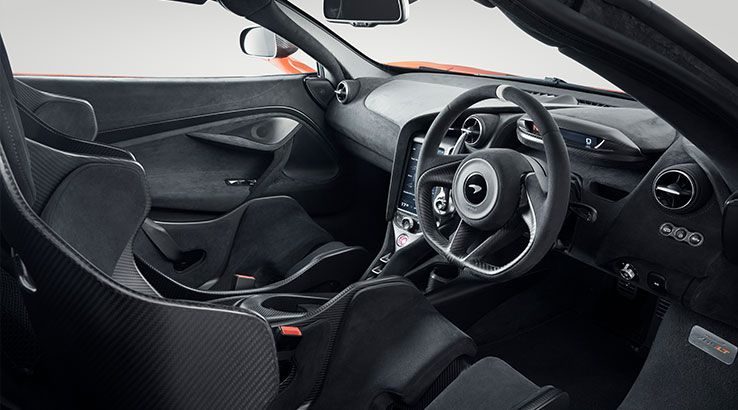 Many car makers will release a new model and wax lyrical about how their latest offering uses motorsport-inspired materials and components. The 765LT really does. In addition to the features mentioned above, it doesn't have a floor carpet, the windows are made from polycarbonate and there's no power-sapping A/C or bloated audio systems. Just like a race car. You can have them fitted though, at no extra charge.

As you'd find on an F1 car, the driver can hit a button to position the rear wing, increasing downforce. An automatic drag reduction system alters the position to make the car as slippery as possible, unlocking higher speeds. When you need to stop, the wing deploys as a speed brake, generating 60% more downforce. It's a bit like throwing a massive anchor or two off a small boat. 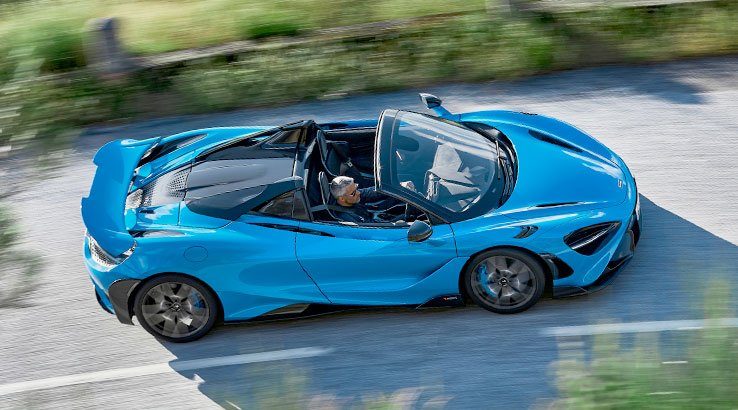 After every single McLaren 765LT sold out last year, the British automotive company is launching a limited-edition 765LT Spider. Like the coupé body Long Tail before it, only 765 examples of the 765LT Spider will be made. The carbon fibre, electrically-retractable roof opens in just 11 seconds. If you want to have the roof up, power rear windows can be opened to let the driver hear the LT's roar from the titanium exhaust system with quad tailpipes. 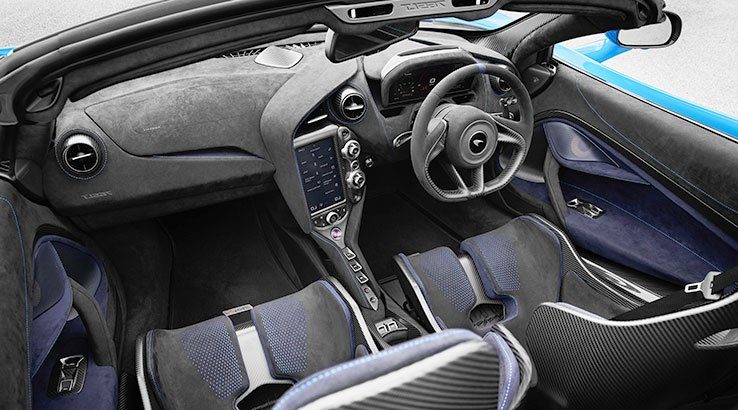 As you'd expect, the 765LT Spider has gone on a diet, to the point where it weighs only 49kg more than the coupé (often, convertible variants weigh significantly more than their hardtop counterparts). Things like an F1 spec transmission and the titanium exhaust help to keep mass down, as do reduced thickness windows and the extensive use of carbon fibre all over the car. 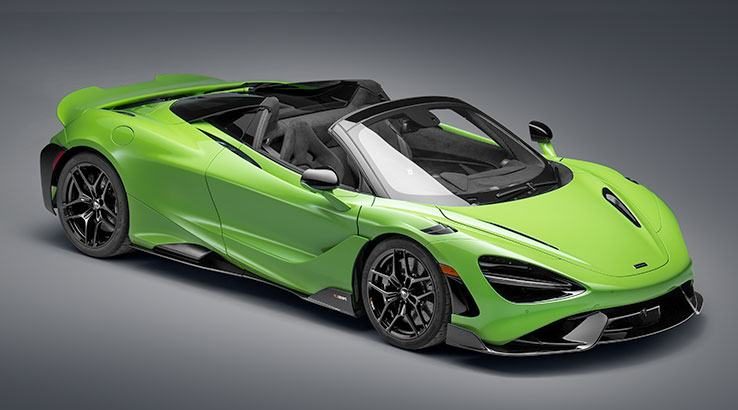 The price given for the McLaren 765LT Spider is £310,500 (around $582,022 in July 2021), but the actual amount you'll pay will vary depending on where you live in the world. No official word has been given about an Australian launch for the 765LT Spider.

With the production run limited to just 765, interested customers should contact a McLaren retailer to register their interest in the car.