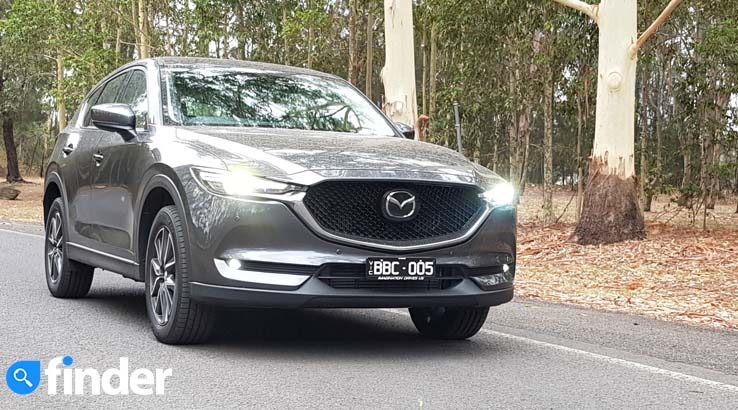 An impressive Japanese SUV that looks just about as good as European competitors.

In December 2019, 6,025 Mazdas found new homes in the driveways of Aussies. Of those vehicles, 1,828 of them were Mazda CX-5s, so to say the CX-5 is an important vehicle to the popular brand would be an understatement.

We got behind the wheel of the Mazda CX-5 GT, which sits at the pointy end of the range in the current stable – between the Touring and the Akera – to see why 30.34% of Mazdas sold are CX-5s.

As with all Mazda vehicles of late, they have an upmarket air and are thoughtfully laid out. The thing that surprises you most about the cars is just how solid the componentry feels.

We have tested a number of Mazdas and, excluding the BT50, they are all pushing premium status.

It comfortably seats five people, with leather seating and trim throughout the cabin, and both the driver and front passenger get heated seats.

From the driver's seat, there is a nice, chunky leather steering wheel that feels reassuringly stout to hold, as well as a head-up display and small digital cluster behind the wheel.

There are also two USB chargers located in the front centre console while rear passengers have access to dual USB points in the rear centre armrest.

Being the GT model, you get push button start as standard as well as keyless entry with a proximity key fob.

Other interior differences from the Touring model include a high-quality Bose sound system with 10-speakers and a 249-watt amplifier in addition to a sunroof with power sliding and tilt functions.

Mazda's standard infotainment system gets touchscreen interaction of sorts. It can only be utilised while stationary. On the go, you will have to twirl the rotary dial, which isn't too much of a bother and is quite accurate. Apple CarPlay and Android Auto also come as standard. How does the Mazda CX-5 Drive?

As mentioned above, inside the cabin, everything feels great and sturdy. So that alone inspires some confidence... and then you start driving it.

There is an on-demand, all-wheel-drive system that routes power to the appropriate wheels as required, making not only gathering speed from a standing start a bit more exciting but also giving the car a feeling of composure through the corners.

Body-roll is well contained, but does exist. This isn't a complaint since it's the nature of these vehicles due to a higher centre of gravity and comfort-biased chassis set-up.

Mazda has recently added a 2.5-litre turbo engine to the line-up too, which gives the car a bit more of a spritely feel. It produces 170kW and 420Nm of torque and, while those figures are quite good for a medium-sized SUV, we found it to be a bit thirsty during our time with the car. Mazda claims 8.2 litres on a combined cycle and, though our time was slightly more skewed to city driving, we were seeing numbers in the mid-10 litre range.

It will drink regular unleaded though, which might save you a bit of fuel when compared to the Renault Koleos Zen we recently reviewed.

The Mazda CX-5 GT comes with Mazda's i-ACTIVSENSE safety suite, which is comprised of autonomous emergency braking, adaptive cruise control and lane keep assist among an array of other technology, such as the following: 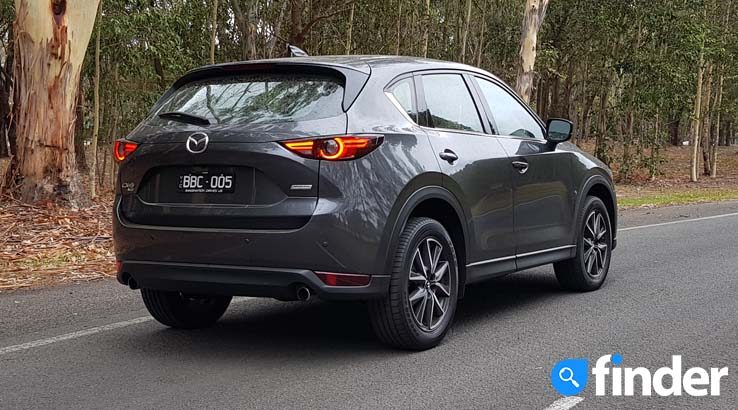 There is enough space in the back, even if you are a bit taller, with my knees just grazing the back of the front seat with it set for my chosen driving position (I'm a smidge over six foot)

You get two ISOFIX mounting points in the back as well as three top tether points.

The Mazda CX-5 GT, and in fact, the entire range, has a braked towing capacity of 1.8 tonnes.

It is an upmarket feeling, mid-size SUV that should already be on your shortlist if you are on the hunt for something in that sector. It drives well, has increased power now (with the addition of the 2.5-litre turbo engine) and wears styling to rival some European SUVs.

While you will pay a bit more to own one, we do recommend you at least give it a test drive. You might also want to check out the RAV4 if you are looking for a bit more space.