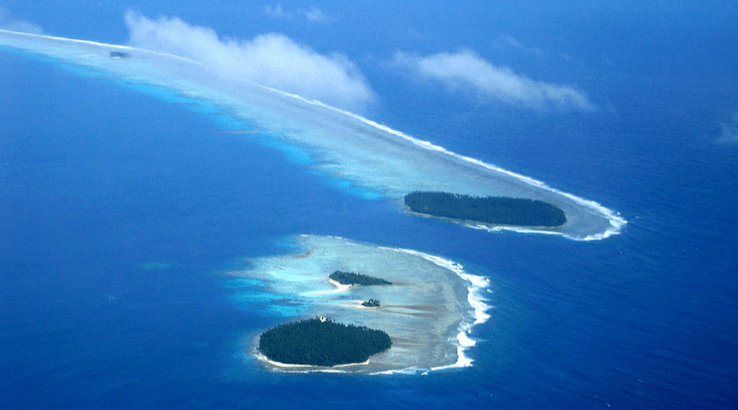 The first ever legal tender cryptocurrency, complete with ICO, will be from the Marshall Islands.

The Republic of the Marshall Islands (RMI) will be issuing its own digital currency as legal tender, becoming the first nation to do so. It will be called Sovereign (SOV) and will commence with a presale and ICO later in 2018, on a date yet to be announced. It's being developed in partnership with the Neema payment platform.

SOV will be different to other national cryptocurrencies in that it will be recognised as legal tender right away, functionally enjoying all the same privileges as "real" money. By contrast, Venezuela's Petro, the first nationally-approved cryptocurrency, is technically redeemable for oil and can reportedly be used to pay certain government charges but is not legal tender. Merchants aren't obligated to accept it, and you probably can't expect to use it too widely. But the plan for SOV appears to be for it to become the new de-facto national currency.

It will be built on a blockchain identity-management framework called "Yokwe" ("Hello" in RMI native language). The SOV wallet will be tied to a user's verified government ID and fingerprint. While Yokwe encrypts their personal information, the information remains in the control of the user, allowing them to reveal it as needed. This is the system envisioned by most blockchain-based identity systems.

Why the Marshall Islands?

There are about 67,000 Marshallese, of which over 20,000 are in the USA, making for relatively feasible distribution numbers. It also has a lot of reasons to make the jump.

The most significant might be that the country's annual budget is only $100 million, $60 million of which is US aid given in part as compensation for the Bikini Atoll nuclear tests and the subsequent decades of radiation-related health issues. But in 2023, the amount of aid is scheduled to be cut to $30 million, posing a significant risk to the economic stability of the island.

A successful ICO would go a long way towards helping maintain the island's existence. Venezuela's incomprehensibly shady ICO claims to have raised over $700 million, while the Telegram ICO is aiming for $1.2 billion in the presale alone before the ICO even starts. Odds are the RMI wouldn't even need to raise that much to sustain the country's economy until climate change and rising sea levels literally sink the island.

The funds raised, and the SOV, will be distributed among the causes most important to the island.

Graph created with apologies to Google

What does being legal tender mean for a cryptocurrency?

In the speculative atmosphere of cryptocurrencies today, most people are buying with the intention of seeing prices increase as the project achieves and creates greater value. But as a "project", traders might not be that keen on the Marshall Islands, with its "staff" (RMI residents) leaving for greener pastures – mainly landlocked Arkansas, interestingly enough. Overall, climate change might be one of the most pressing threats to the island's longevity.

"The goal of the presale is to allow cryptocurrency holders (the 95% of blockchain enthusiasts, who have nothing to hide), VCs, banks, and other financial authorities to collaborate on building the first crypto based economy as part of their joint vision," says the press release.

"The Marshall Islands is the first nation to adopt a transparent crypto monetary system, and we are proud of it. We are making our economy more resilient and payments more transparent," said RMI minister David Paul. "We are excited to be the world’s first nation to leapfrog into the era of digital currencies. 10% of our proceeds from the ICO will be directed towards a Green Climate Fund, to help us fight the effects of global warming, coming from the burn of fossil fuel by the large industrial nations, and hurting the small Island Nations the most."

"SOV will mark a new era for cryptocurrency, which most of us in the crypto community, want to legitimize. SOV is about getting rid of the excuses. Why not to shift to crypto – it’s real money, and it provides the golden path between an open ledger and total anonymity. It gives users the power to decide when and what to disclose," said Barak Ben-Ezer, CEO of Neema.

But for more mercenary reasons, it's probably worth considering the implications of it being legal tender. This is a practical and unique feature in its own right. And for obvious reasons, it's not the kind of feature that can be replicated by copycat competitors or taken across in a cryptocurrency fork.

Secondly, it breaks down some of the major barriers to adoption. The legal framework for accepting SOV as a payment method, paying tax on it where appropriate and otherwise using it exactly like money is already in place because that's exactly what it is.

If you want to register to convert some other kind of money into some of this new money (would that technically be forex trading?), you can sign up for more details at the official SOV website or find the Telegram group here.