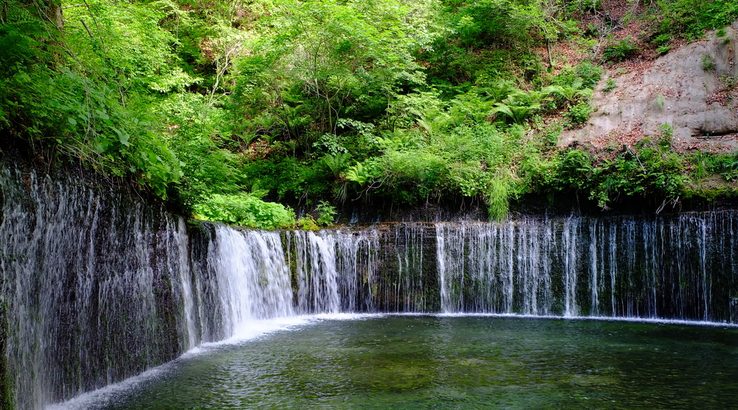 Marriott is the first overseas brand to get access to Japan's hidden gems.

In the words of Mike Fulkerson of Marriott International, these five new resorts will "spark new ways of thinking about Japan as a travel destination" and "let guests venture beyond the well-trodden metropolises and tourist hubs.” The Mori Trust Group echoed the sentiment, saying "we hope to emphasise to the world the unlimited charms of travel experience in Japan, while encouraging the ever-expanding number of overseas travellers to visit rural resort areas."

These rural resort areas have long been appreciated as integral tourist spots for Japan's domestic travellers, but have largely flown under the radar of overseas visitors. Japan definitely has more wonders than it has major tourist attractions, so with these five redevelopments, change is coming to five of Japan's hidden gems.

Mount Fuji is well-appreciated around the world, but a lot of travellers perhaps don't appreciate its long-held spiritual significance. The Fuji Marriott Hotel at Lake Yamanaka, on the banks of the largest of the five lakes Mt Fuji base lakes, aims to embrace this side. It remains a lightweight development with 105 tranquil guestrooms, letting visitors explore the nearby shrines and natural features, as well as exercise body and mind in the spa and fitness center or on the tennis courts.

Originally the Lake Yamanaka Hotel, the Marriott intends to conduct large scale renovations, while retaining the unique character of the original. 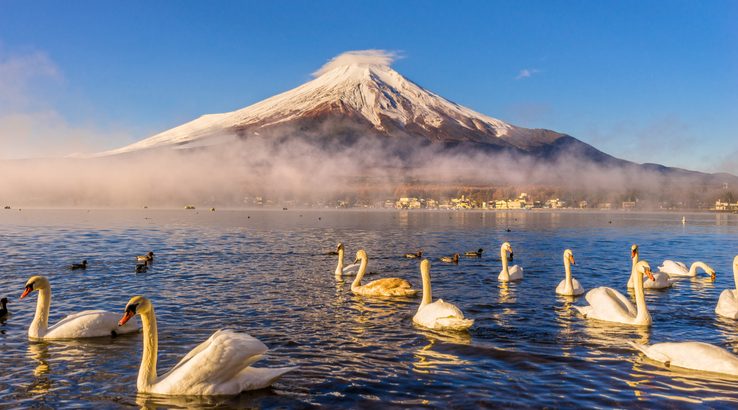 The view of Mount Fuji across Lake Yamanaka

The Izu Peninsula on the Pacific coast, west of Tokyo, has long seen a blend of tradition and change, with both local and overseas influences playing a defining role, and ancient temples and modern art alike finding its way into the local culture. The 129 room Izu Marriott Hotel Shuzenzi will blend in perfectly, surrounding its guests with contemporary, but traditionally inspired and authentically accentuated decor.

The restaurant meanwhile, aims to serve the highest standard of regional cuisine, as well as plenty of international favourites, while the activities include similar blends of tradition and modernity, with tennis courts, a fitness centre, nearby golf course and modern spa finding their way among a stone sauna and the traditional onsen, all nestled among the region's dense woods and bamboo forests.

The combination of pristine beaches, rugged scenery and hot-springs has enchanted visitors to Nanki Shirahama, for a long time, and the 182 room Marriott development aims to complement the landscape, with a particular focus on outdoor meeting areas, pools and scenic gardens, letting guests take in both the beaches and mountain trails from the on-premises hot-springs.

Naturally you'll also get to enjoy some of the freshest seafood available at the two restaurants, while the versatile facilities lend themselves perfectly to events, functions and corporate getaways. The Nanki Shirahama Marriott might be perfect for anyone who wants to get back to nature, but doesn't want to get away from it all. 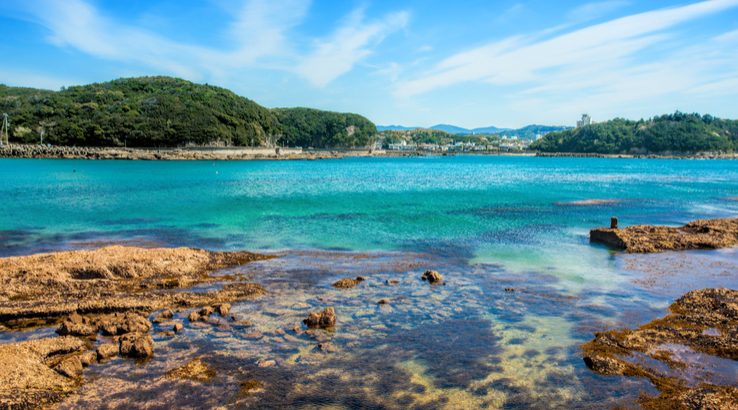 The clear waters around Shirahama

The largest of the five new developments is situated just a stone's throw from Kyoto, with the relaxed 274 room Lake Biwa Marriott aiming to become a top regional wellness destination, including natural hot springs and incredible views in all directions. The colourful local surroundings mean guests will never be at a loss, while the hotel's Grand Ballroom, private chapel, dining options and other amenities aim to satisfy on the grounds themselves.

This ecologically minded 136 room mountain retreat in Nagano is less than two hours from the center of Tokyo by train, but is a whole world away, with eco-tours, onsen and a range of fresh local cuisine that's found its own distinct character over the years. The Grill & Dining G restaurant will aim to bring out the area's unique cultural sensibilities, along with the dynamic fitness centre and spa.

With sights like the Shiraito Falls (top of page) abounding in this gem, it's no wonder that plenty of city-dwellers have made the trip over the years.

No hard date has been set for completion, but renovations are estimated to take two years, at which point they will all be rebranded as Marriott hotels. if you want to beat the crowds to these unspoiled destinations, however, then there's nothing stopping you from going right away.

Travel within Japan is easy once you know how, even to some of the less-trodden destinations, and there are always plenty of great flight deals, travel packages, tips, tricks and more for any trip to anywhere in Japan. And although these new developments are special, there are many other unique luxury hotels on par with these upcoming Marriott offerings across the country.