CSL hit a new record high, is it a buy or sell? 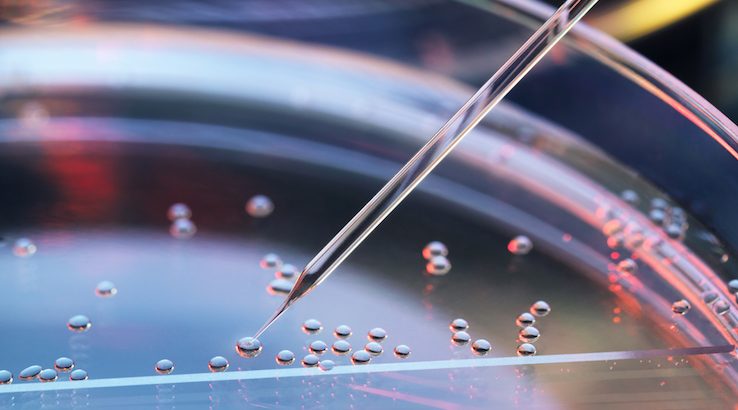 Just when you thought it couldn't possibly get any higher, CSL's share price smashes expectations once again.

Here's the thing – if you solidly invested in CSL a few years ago, you're living the dream. For the rest, it's the ongoing debate of whether it's too late to jump on the bandwagon or throw in a few more cents. And yet it just won't stop moving up.

On Thursday, the biotech's share price rose to yet another all-time record high of 239.760 after mixed profit results and a company forecast that revenue was on an upward projectory.

Full-year after-tax profits were up 17% from last year to a record US$1.92 billion, and the company said it expected next year's result to jump by another 7-10%, despite the costs of further global expansion.

The positive outlook is in part due to its burgeoning growth into the Chinese market. But the company's real edge is undoubtedly its near absolute dominance of the blood plasma sector – demand for which can only be expected to grow.

CEO Paul Perreault said in last week's profit announcement that the company expects to continue outpacing the market in terms of plasma collection, with 40 new collection centres opening next year.

That all sounds very positive but the question is how much further does it have to run?

I asked managing director of financial advisory Medallion Financial Group, Michael Wayne, whether he liked the stock at its current height and if he thought there was room for growth. In his view, CSL's position in the market is solid.

"The result recently was very good. Their history, their size, their scale gives them a competitive advantage over many of their competitors. That was reflected in this most recent result where essentially their plasma collection centers did very very well," says Wayne.

"Basically every traumatic surgery or major surgery requires blood plasma. The problem is it's very difficult for other companies to compete without the infrastructure in place because they can't collect the blood to produce enough to ensure they get a steady stream of supply. CSL have done it for so long and done it so well they're able to do that."

The niche sector is not only expensive for other players to move into, it also requires huge amounts of research and data. CSL has been perfecting its craft for more than a century – having launched in 1916.

However, its global growth is also part of its recent success, with about 90% of its earnings attributed to business overseas. Wayne says this means the recent Aussie dollar drops have given it an extra earnings boost too.

Is it a buy or sell?

Wayne agrees that CSL is a long-term play and a tentative "buy" stock.

"I wouldn't go 'Holla Ballas' and go into it right now, but you can definitely ease your way in," advises Wayne.

Compared to other blue chip stocks within the top 10 ASX-listed companies, CSL has a low dividend yield of just 1.1%, where companies such as the big four banks and BHP have annual yields of around 5% - 7%.

It might seem pricey, at 30 or 40 times earnings, but Wayne says part of that comes down to CSL's strategy toward investing money back into the company into research and development, rather than as high dividend payouts for shareholders.

Rather than focusing on a quick fix, it's a strategy that benefits investors for the long haul.

"Most companies would spread that cost out over many years but CSL are quite conservative, so they account for that immediately and it has the affect of actually depressing their earnings," says Wayne.

"It's one of the best quality companies listed on the ASX in my view and I think that they can continue to deliver off the back of that very strong position that they're in."