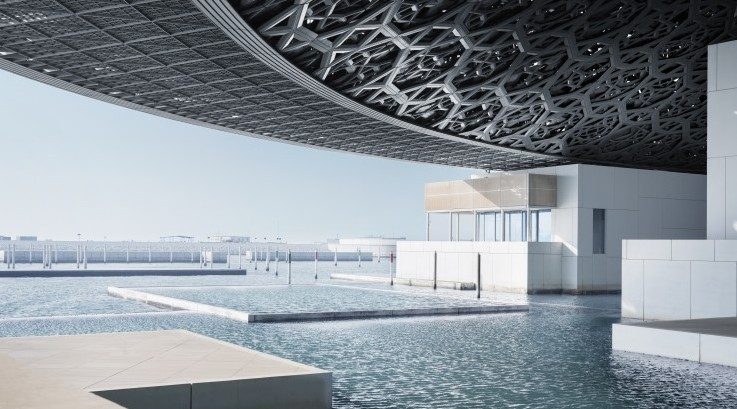 A new centrepiece for Abu Dhabi.

The long-awaited agreement between the governments of France and the United Arab Emirates to bring a satellite of the Paris Louvre to Abu Dhabi is finally nearing completion.

The initial plan was for a 2012 opening, but the global financial crisis threw a spanner in the works and pulled back funding. The date was shifted back to 2016, but the monumental scale and complexity of the building meant it just wasn't ready.

The opening date was pushed back once again, and now it's finally opening on 11 November 2017.

A work of art

Much like the Paris Louvre, its soon-to-be-counter part in Abu Dhabi is a work of art in its own right. The building, designed by French architect Jean Nouvel is designed to stun and create its own artworks with an interplay of light and shadows.

It's capped with an intricate silver dome almost 200m in diameter, and visitors will be treated to changing light patterns that resemble sunlight filtering through palm fronds. This is created by the almost 8,000 unique star shaped facets that make up the dome. 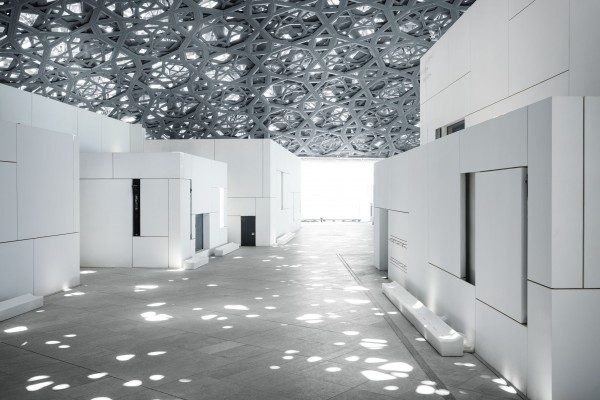 The exhibits are also as good as you'd expect. The opening week includes works like Self Portrait by Vincent Van Gogh, La Belle Ferronnière by Leonardo da Vinci and Children Wrestling by Paul Gauguin.

Look at the enterprise with a commercial eye and you'll also find a layer of symbolism.

The commercial premise of the Abu Dhabi Louvre on Saadiyat Island is to create a new cultural Mecca, so to speak, and entice travellers to spend more time stopping instead of just transferring at the airport.

Appropriately, the museum will present its holding chronologically and thematically, rather than dividing it by country or culture. You'll find objects created by same-era ancient civilisations in Central Asia, Egypt and Europe side by side, continuing throughout history. The idea is to bring in work from across the globe and show the connections people in very different places.

It's hard to imagine any more thematically appropriate way to spend an international stopover.

The Louvre is just the first complete construction. It will be followed by other equally impressive constructions, including a Guggenheim by Frank Gehry, a performance arts centre from Zaha Hadid, a maritime museum from Tadao Ando, and a museum devoted to the history of the UAE and its founder by Norman Foster.

If a Dubai stopover doesn't light any fires in your heart and the new Louvre does, then it might be worth bearing in mind.

Next time you find yourself flying to Europe, you might look at Etihad or Qatar Airways instead of Emirates, and angle for an Abu Dhabi diversion instead.