Quick verdict: Logitech’s MX Master 3 for Mac is a premium mouse for Apple devices with a comfortable design and customisable features. Last year, we reviewed Logitech's MX Master 3, a premium PC mouse with lots of features to offer. Now Logitech has come out with a Mac version of the mouse, aptly named the MX Master 3 for Mac, so we put it to the test to see how it measured up and whether or not it's worth the high asking price. 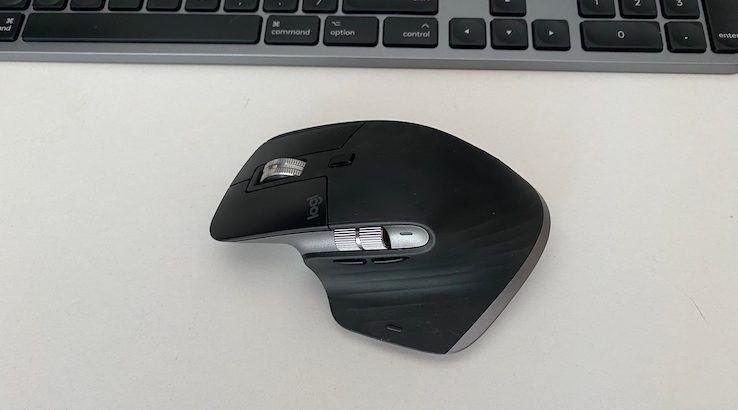 The Logitech MX Master 3 for Mac looks identical to the PC version. It has an ergonomic design that's comfortable to use all day long.

The top of the mouse holds the typical left and right-click buttons with an electromagnetic scroll wheel in the middle that can silently scroll up to 1,000 lines in a second. You can switch between two modes while using the wheel: a free-spinning mode that allows you to scroll further and faster, and a precision mode. To switch modes, you need to click the button next to the wheel in the middle of the mouse.

The left side of the mouse has a thumb rest and an additional scroll wheel that can scroll horizontally (which is massively handy for large spreadsheets) and switch between apps. It also has app-specific features for apps including Photoshop and Microsoft Word. I found it a bit difficult to use the in-app features once I got used to using the wheel to switch between full-screen apps. Fortunately, you can turn off this feature.

You can pair the mouse with up to three devices and switch between them in just a few seconds by pressing a button on the underside of the mouse.

The mouse comes with a USB-C cord for charging. 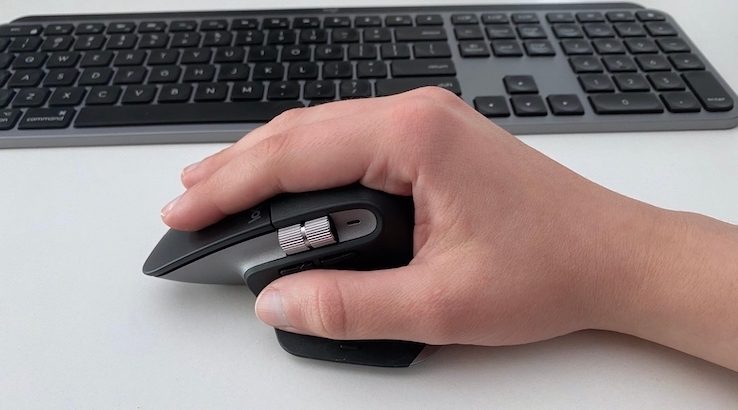 The Logitech MX Master 3 for Mac is easy to set up. Once I connected it to my MacBook, the mouse re-connected automatically every time I opened my computer.

The customisable features for the MX Master 3 worked well, but I wasn't always keen on the in-app specific functions. For example, when using Word, the thumb wheel zooms in and out of the page, which I didn't find particularly helpful.

What did come in handy was the ability to connect to more than one device and move between devices by moving the cursor. I was able to move between two laptops relatively seamlessly, but I noticed a bit of a delay when moving the mouse from a MacBook to an iPad.

The biggest change that Logitech made with the MX Master 3 for Mac from the previous PC version is not including the USB Unifying Receiver (Logitech's USB dongle) with the mouse. Both the Mac and the PC versions can connect using either Bluetooth or the dongle, but the Mac version doesn't actually come with the USB connector in the box. Both mice sell for the same retail price, so it's not clear why the Mac version doesn't include both options.

The mouse can last up to 70 days when fully charged. It also has a quick charge feature that gives you three hours of use for just one minute of charging.

Should you buy the Logitech MX Master 3 for Mac?

Logitech's MX Master 3 for Mac is extremely easy to use with high-precision tracking and smooth transitions between devices.

If you're looking for an efficient, comfortable mouse to use with Apple devices, you can't go wrong with the Logitech MX Master 3 for Mac. However, it's not the cheapest option available and it's disappointing that it's the same price as the PC version while missing the USB connector that the PC version comes with. 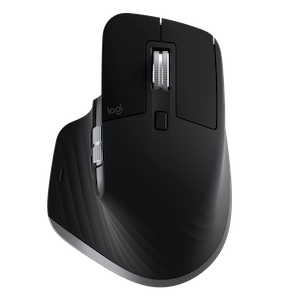