Quick verdict: The MX Keys for Mac is comfortable to use, with a raised back and rounded keys, and it allows you to connect to three devices at a time. 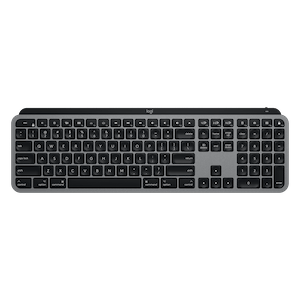 Earlier this year, Logitech launched Apple compatible versions of some of its most popular computer accessories, including the new MX Keys for Mac. The MX Keys for Mac, designed to pair with the matching MX Master 3 for Mac wireless mouse, is a premium keyboard with a lot of features that make it easy and comfortable to use. 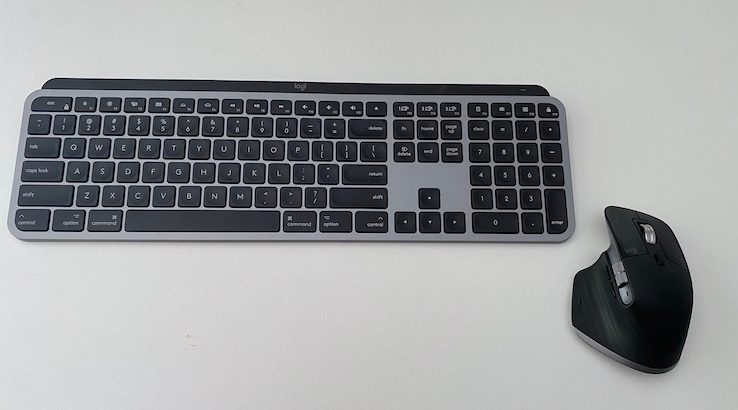 Logitech's MX Keys for Mac is a wireless keyboard that comes in one colour: space gray, designed to match your Apple devices.

It can be paired with up to three devices using either Bluetooth or the included USB receiver. To switch devices, all you have to do is press one of the three device buttons to indicate which one you want to switch to.

The keyboard is made of plastic but it's substantially weighted, which gives it a more premium feel. It has an elevated back and sits at a 15-degree angle for a comfortable typing position, and the bottom holds six non-slip pads so that it doesn't slide around, even on a slippery surface.

The included USB receiver is handy but so small that I worried it would get lost immediately in my tech junk drawer of cables and dongles. I ended up taping it to the charging cable, but I'm still a bit concerned that it's going to disappear.

The keyboard has a white LED backlight that adjusts automatically, dimming when you're not typing to save battery. The light brightens as soon as your hands hover above the keyboard, which is nice since you don't have to worry about pushing a random key in the dark to activate the keyboard. If you prefer to control the light manually, you can turn off this automatic activation.

The keyboard has all the usual keys including those that adjust keyboard brightness, screen brightness and volume, plus three Bluetooth connection keys. 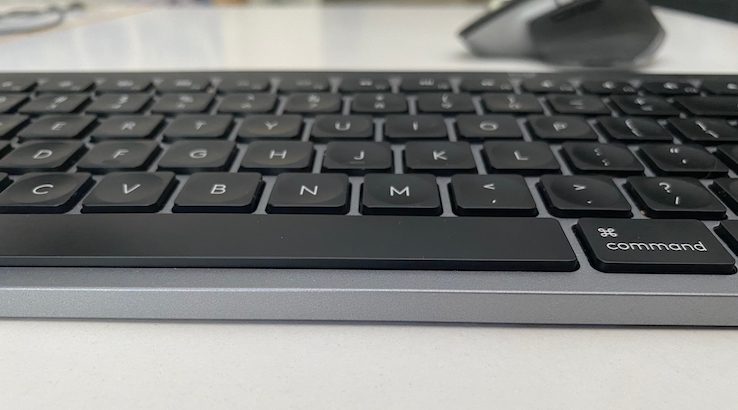 The MX Keys for Mac feels great. It's extremely comfortable to use and the keys have a satisfying amount of weight and are rounded to support your fingertips. The keys also have a matte coating so your fingers don't slip, but can still slide across the keyboard easily.

One of the big selling points of the MX Keys is the ability to connect with up to three devices at a time and seamlessly switch between them, allowing you to move files from one device to another in just seconds.

Once I was connected to different devices, switching between them was seamless. I did have to reconnect the keyboard to some devices multiple times, but this was always after not using that device for several days. It automatically connects to the MacBook I use every day for work and hasn't disconnected from it once during the several months I've been using it.

Should you buy the Logitech MX Keys for Mac?

Logitech's MX Keys for Mac is excellent and has everything I want in a keyboard. It's extremely comfortable, switches seamlessly between devices and I love the backlight sensitivity.

Though it's made out of plastic, it feels much more durable than other plastic keyboards I've used.

The only downside is the price tag. However, since I spend my entire workday typing, I think it's well worth the cost. 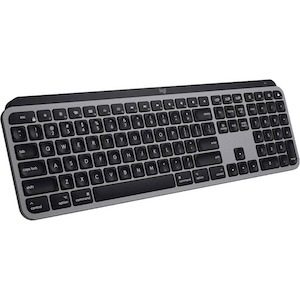