Quick verdict: The image may not look amazing but the C270 is a breeze to set up, sounds great and costs way less than most other webcams. 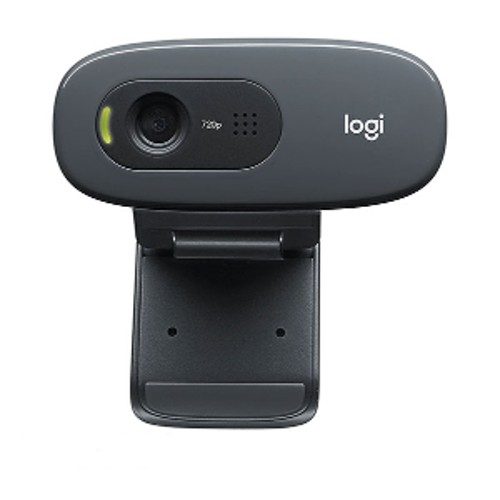 At $79 RRP (but often on sale for well under $50) the C270 is the cheapest and lowest specced Logitech webcam. It's a basic camera that doesn't come with many extra features but it's definitely worth considering if you're on a budget. 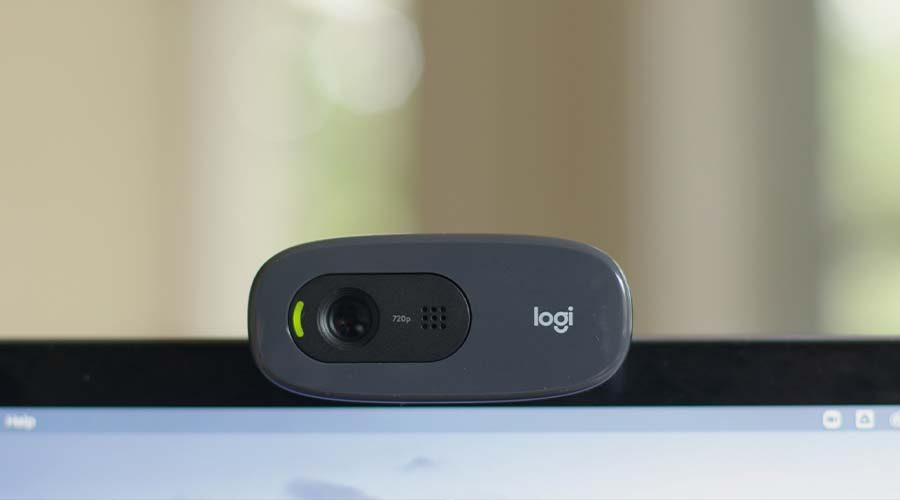 The C270 is simple and no-nonsense. You plug it in with the USB-A cable and mount it on top of your computer monitor with the built-in clip.
There are no other mounting options like a tripod thread or stand found in other webcams either. You can clip it to a monitor and that's it.

With an appearance like a little grey squashed bean, the C270 isn't winning any design competitions. Thankfully it's small and dark enough that you're unlikely to care all that much about how it looks once it's plugged in and set-up.

You might care if your monitor has thin bezels though.

The way this mounts causes it to drape over your screen rather than sitting above it. If your screen border is thin enough you'll be staring at a self-made notch with the top section of the screen completely hidden behind this grey plastic body. 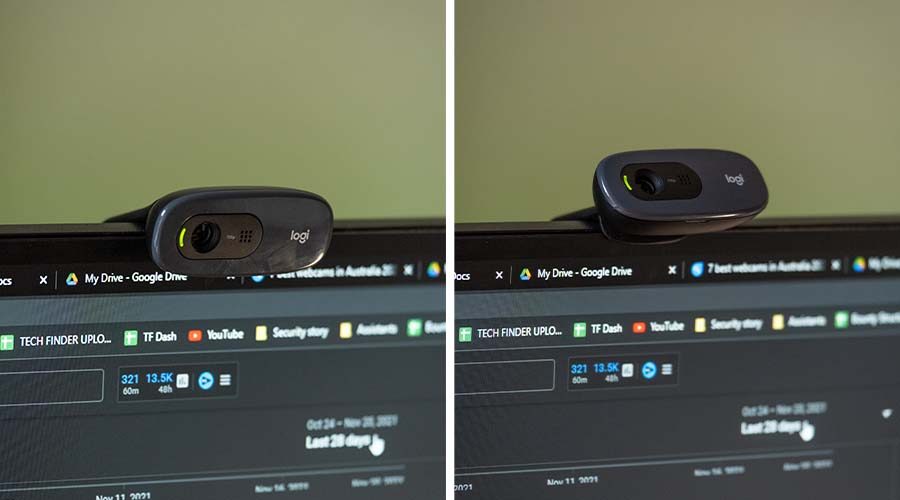 A workaround I discovered for this: the webcam does have the ability to tilt up about 45°, at which point it clears the screen real estate. It's not ideal but I guess it doubles as a way to keep your privacy when the webcam is not in use. It doesn't come with a privacy screen after all. 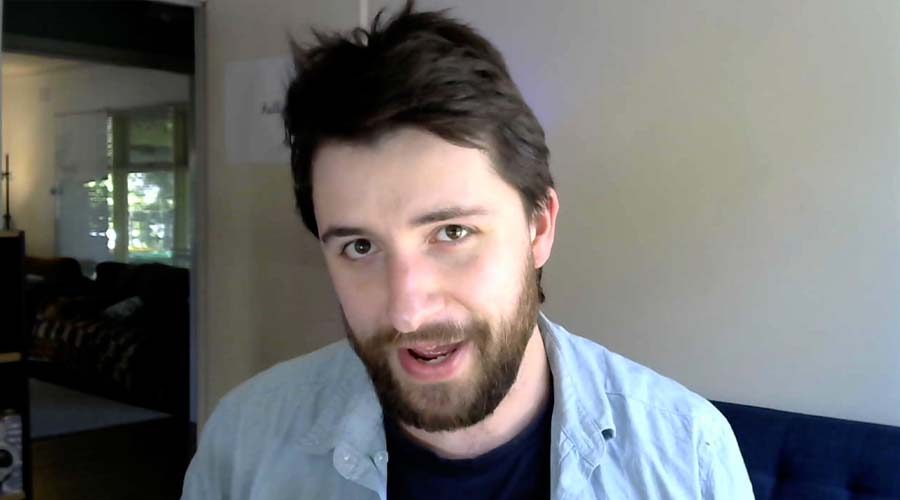 This webcam outputs a max of 720p resolution and 30fps. It's not ideal for creating content in our current Full HD 1080p world but in the corporate conference call world these specs do nicely. Most programs like Zoom and Teams tend to stick to 720p 30fps in calls anyway.

The lens itself is only 0.9 megapixels, so you're certainly not picking up a lot of detail either. A silver lining, if you're trying to hide blemishes or rogue pimples while you're speaking in a meeting you won't have to worry too much with this camera on your side – it's simply not high quality enough to pick that sort of thing up.

The camera does a decent job of adjusting the image to cater for the lighting conditions in your room. But, if you push it too far in either direction, you'll end up with a really unusable image. Highlights in particular will just absolutely blow out to bright white and in darker shots you'll find the image becoming incredibly grainy and even start to drop frames causing a blurry look.
This is a camera you want to be using in a really well lit space, but also not too well lit.

While more expensive webcams have a field of view around 78° the C270 is a fair bit tighter at only 55°. On paper, this might seem like a really tight shot but in practice I actually found it the perfect width to frame my face so long as I was sitting about a metre away from it.
If you're in a small space or working from a laptop you may find yourself having to sit a fair bit further back than you'd like or risk appearing uncomfortably close on camera. 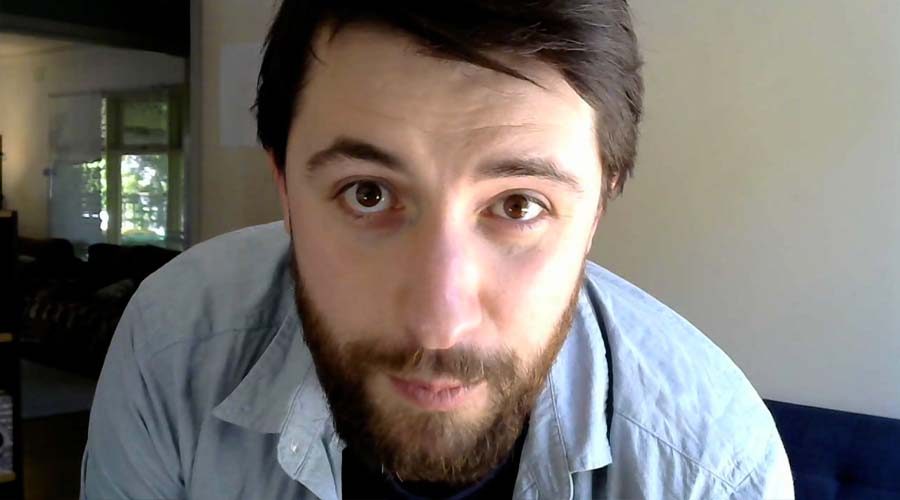 It's actually the microphone that's most impressive about this device, rivalling the quality of even the Logitech Brio which can cost 3 times as much. It isn't noise cancelling so it's not ideal for louder office environments or for people with obnoxiously loud keyboards but in quieter spaces it does an incredible job, so long as you're sitting in front of it. Check out the video above to hear it in action.

Should you buy the Logitech C270? 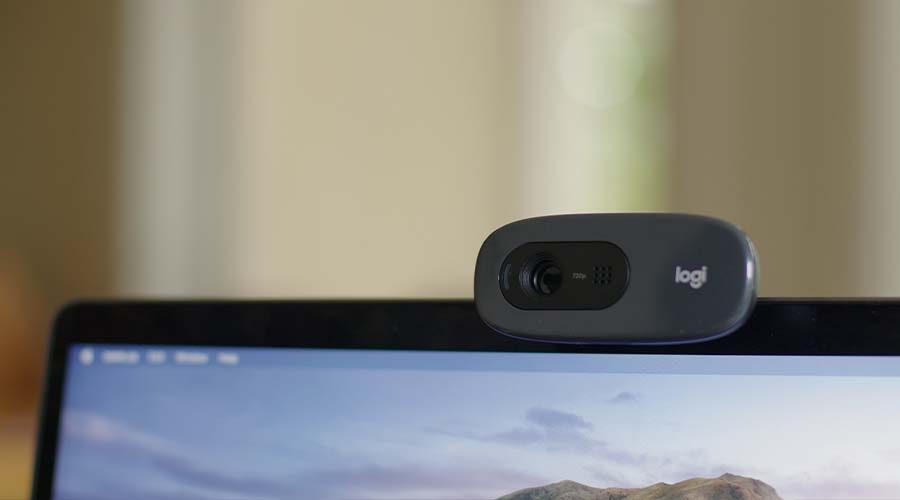 The C270 is a cheap, no-nonsense webcam. While the specs aren't good enough for me to recommend making video content with it, it's perfect for most video calls and allows you to be seen and heard for well under a hundred bucks.

The webcam was tested over 2 weeks in everyday video conferencing calls and was run through camera recording tests across a range of lighting and noise conditions.

Logitech ANZ sent this webcam to Tobias for the purposes of this review.