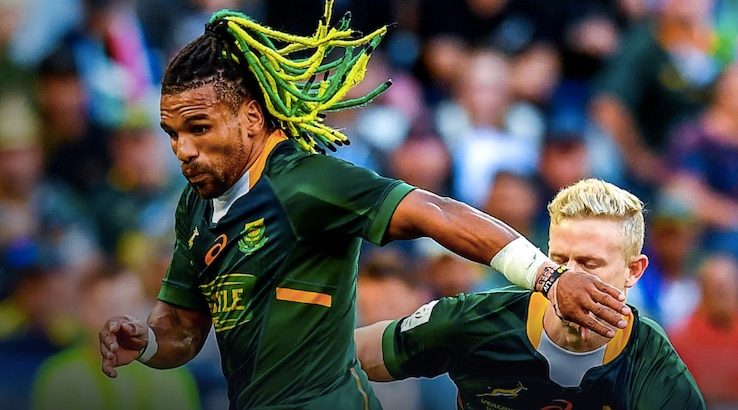 World Rugby Sevens Los Angeles is the fifth stop on the men's schedule and marks the halfway point of the 2020 season. This is how you can watch.

While the women are taking a break this round, the men will continue their pursuit of series leaders New Zealand in the World Rugby Sevens Los Angeles leg of the global tour.

After back-to-back gold medals to move well clear atop the ladder, New Zealand's fifth place in the last round in Sydney allowed some competitors to close the gap.

The series is still wide open, with second-placed South Africa picking up silver in Sydney to close within nine points. France, England, Fiji, hosts the United States and Australia are all still in with a chance if they can get on a roll with six rounds remaining.

The LA leg of the World Rugby Sevens is being held at Dignity Health Sports Park in Carson, California on 29 February and 1 March.

Who is playing in the World Rugby Sevens Los Angeles?

Once again there will be 16 men's teams competing in World Rugby Sevens Los Angeles. You can see the full breakdown of the groups below.

How to watch the World Rugby Sevens Los Angeles

We have compiled a full breakdown of your viewing options to watch the Rugby Sevens World Tour. So we'll just detail the best option available for you here: Kayo Sports. It is not available on free-to-air television in Australia.

Kayo Sports has every remaining stop on the World Rugby Sevens Tour available live and in HD. It is 1 of more than 50 sports for you to choose from.

Kayo starts from $25/month for a Basic subscription and the option of watching on 2 screens or devices. For $35/month a Premium subscription gives you an additional screen. Kayo also offers a 14-day free trial so you can check it all out.

It also offers a range of features, such as SplitView, where you can watch up to four sports at once. Interactive Stats, Kayo Minis and No Spoilers are among the other options.

Kayo is compatible with Android and iOS devices, PC and Mac. It's also available on Apple TV, Telstra TV, Chromecast, Android TV, AirPlay or Samsung TV (2017 models or later). You can also check out our full Kayo Sports review.

The World Rugby Sevens website has a full draw available. The men's schedule is here so you can easily follow along.