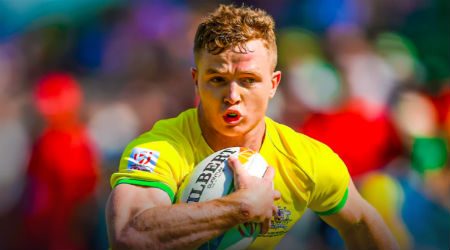 Both New Zealand teams start their home event in Hamilton at the top of the standings.

New Zealand and South Africa lead the way ahead of France and Argentina in the men's tournament after two events, with eight remaining. On the women's side, the Kiwis are again the early pacesetters, winning two of the first three events. Heading into the World Rugby Sevens Hamilton, the Aussie women are hot on their heels. Here is how you can watch all the action.

When is the World Rugby Sevens Hamilton?

The latest round is being held on the weekend of 25–26 January at FMG Stadium Waikato in Hamilton. The women get things started with the opening clash between France and Spain at 9:30am local time (7:30am AEDT) on Saturday 25 January. The opening men's match pits Ireland against Canada at 9:57am AEDT. The women's final is on at 6:26pm AEDT on 26 January, with the men's decider commencing 30 minutes later.

How to watch the World Rugby Sevens Hamilton

This event is not available on free-to-air television. We have already compiled a full breakdown of your viewing options to watch the Rugby Sevens World Tour. So here we'll just list the best option available for you.

Kayo Sports boasts more than 50 sports for you to choose from, including every remaining stop on the World Rugby Sevens tour.

It also offers a range of features, such as SplitView, where you can watch up to four sports at once. So if you were keen to tune in to World Rugby Sevens Hamilton on Saturday 25 January and keep an eye on the NBA clash between Miami and the Clippers at the same time, you can do exactly that on Kayo.

Kayo starts from $25/month for a Basic subscription and has the option of watching on two screens or devices. For $35/month a Premium subscription gives you a further screen to choose from. Kayo also offers a 14-day free trial so you can check it all out first. It has no-lock-in contracts so you can cancel at any time.

It is compatible with Android and iOS devices, PC and Mac. It's also available on Apple TV, Telstra TV, Chromecast, Android TV, AirPlay and Samsung TV (2018 models or later). You can also check out our full Kayo Sports review for more information.

Who is playing in the World Rugby Sevens Hamilton?

There are 16 teams competing in the men's competition and 12 in the women's. You can see the full groups for World Rugby Sevens Hamilton below.