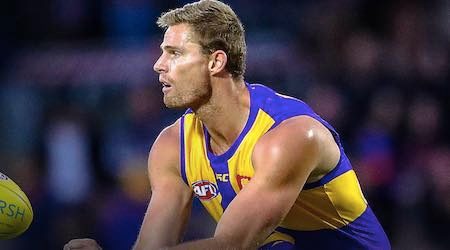 West Coast Eagles vs Melbourne Demons in their AFL season-opener at Perth's Optus Stadium. Which team gets their campaign off to a strong start?

West Coast Eagles vs Melbourne Demons is the final match of an unprecedented opening round in the AFL. Every match in round one is being played behind closed doors due to the coronavirus outbreak. The season has also been reduced to 17 rounds.

Premiers in 2018, the Eagles followed up with a slightly disappointing season last year, bowing out in week two of the finals against Geelong. But with the addition of Tim Kelly to the midfield and hopes for Nic Naitanui to go injury free, there is still enormous reason for optimism in 2020.

It's a very different prospect for the Demons. Having lost in the preliminary finals to West Coast in 2018, there were huge expectations in 2019. But it all went horribly wrong, with Melbourne finishing second-last on the AFL ladder. Have they rediscovered their old form?

When is West Coast Eagles vs Melbourne Demons?

How to watch West Coast Eagles vs Melbourne Demons

Channel 7 and Foxtel have rights to broadcast AFL matches in Australia. That means free-to-air TV, Foxtel iQ, Foxtel Now and Kayo Sports are your viewing options.

But every game of the season is live on Foxtel and Kayo Sports via FOX FOOTY. There is also the AFL Live app. We have a full guide to the AFL season here.

Channel 7 shows most matches of teams in their home state, plus a handful of other games each round. If you are in Western Australia, this match is on free-to-air on Channel 7's main channel. If you are anywhere else in Australia, you will need a subscription service.

As stated, anyone in any state outside of Western Australia wanting to watch this match will need a subscription. You can see a full breakdown of the 2020 AFL broadcast schedule here. Of the options out there, Kayo is the best value.

You can watch West Coast vs Melbourne for free using this 14-day trial. After the trial period, a Basic subscription to Kayo is $25/month to watch on 2 screens at the same time or $35/month for a third screen. You can check it all out in our Kayo Sports review.

Kayo also has a wide range of special features to add to your viewing experience. SplitView lets you watch four sports at once on the same screen. There are also Interactive Stats, No Spoilers, Key Moments and much, much more.

In total Kayo broadcasts over 50 sports, including a wide variety of timeless, evergreen content. It is compatible with Macs and PCs, plus iOS and Android devices, Chromecast, Apple TV, Android TV, Telstra TV, Sony Bravia TV and Samsung TV (2017 or later).

Who will win West Coast Eagles vs Melbourne Demons?

By a long, long way, the biggest advantage and hope here for Demons fans is the fact the match is being played without fans. Eagles supporters are a boisterous bunch and that's putting it kindly. But without their presence, the Dees will feel their chances improve significantly.

Still, the jury is well and truly out on Melbourne coach Simon Goodwin's ability to get his side anywhere near its 2018 form. On the flipside, these Eagles are a well-oiled machine under Adam Simpson. West Coast for the win.