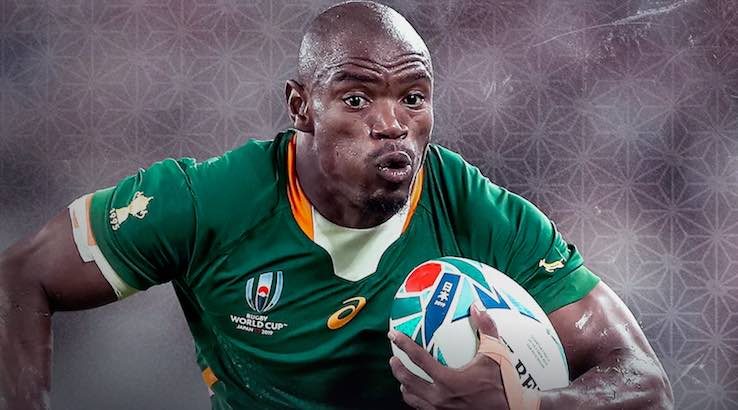 With star fullback Liam Williams ruled out for the rest of the tournament, will Wales be able to keep up with the Springboks?

SUMMARY: Wales vs South Africa is live and exclusive to Fox Sports in Australia. So your best way of watching the match live is through Kayo Sports. You can watch Wales vs South Africa and the entire Rugby World Cup for free using this 14-day trial. This gets you access to all its unique features and 50 additional live sports.

The 2019 Rugby World Cup is slowly reaching its climax, with the second semi-final scheduled for this weekend. Wales and South Africa come face-to-face in what's shaping up to be an exciting and unpredictable encounter.

The winner will be set for a date in the Rugby World Cup final against England, who upset the All Blacks.

Wales lost star fullback Liam Williams, who succumbed to an injury during training and won't be able to recover in time for the rest of the tournament. The Springboks also suffered a loss, as Cheslin Kolbe's ankle injury ruled him out for the match.

Nevertheless, the highly-anticipated semi-final will be a treat for rugby fans, whether they choose to watch on TV or stream the action live via the Internet.

When is the Wales vs South Africa match?

The match kicks off Sunday 27 October from 8pm (AEDT). The live broadcast will start at 7:50pm. The match will be played in Yokohoma. You can get the deets on the remaining matches via our Rugby World Cup schedule.

How to watch Wales vs South Africa Rugby World Cup

While Ten has broadcast some of the knockout games during the 2019 Rugby World Cup, this one didn't make the cut. As a result, you can only watch it on Fox Sports with Foxtel IQ, Foxtel Now or Kayo Sports.

Kayo Sports is the most convenient option for sports fans, as it covers over 50 sports from all over the world and comes with plenty of features that make sports streaming a breeze.

You can watch up to four videos at once on the same screen with SplitView, hide scores with the No Spoiler setting, tune in for Kayo Minis, which are condensed versions of key match-ups, and much more. We have an in-depth Kayo Sports review for those interested to learn more.

A Basic subscription for the service costs only $25 a month and lets you watch on 2 screens at the same time. Or, simply get the 14-day free trial and watch the semi-final without paying a cent.

As the match is on Fox Sports, you can also tune in with a Foxtel IQ subscription as long as you have the Sport channel pack, or stream the semi-final on Foxtel Now. For more information, check out our detailed Rugby World Cup viewing guide.

Who will win Wales vs South Africa?

The two teams have had a successful run in the 2019 Rugby World Cup so far, although a few bumps were noticeable on both sides.

Wales reached the semi-final after pulling off a stunning defeat against France in a gripping quarter-final, 20-19. While France did dominate for most of the match, Wales managed to bounce back beautifully towards the end.

Meanwhile, South Africa reached the semi-final following a definite 26-3 win over Japan, squashing the host nation's chances of advancement in the process. They'll be fighting hard for their first final since 2007, which means that if the Welsh don't manage to keep up it will cost them dearly.

The odds also favour the Springboks. However, both teams are incredibly strong right now, so the semi-final is likely to keep fans on the edge of their seats.

History of Wales vs South Africa

The two teams have competed against each other in rugby union ever since 1906, with 35 encounters between them so far. South Africa won 28, one ended in a draw and Wales won 6. That being said, Wales emerged victorious in 5 of the last 6 matches between the two teams. The last one was in November 2018, when Wales won 20–11.

Here are the two team line-ups for the Sunday semi-final.