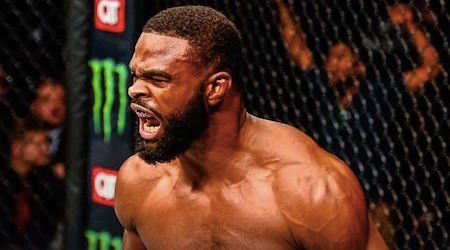 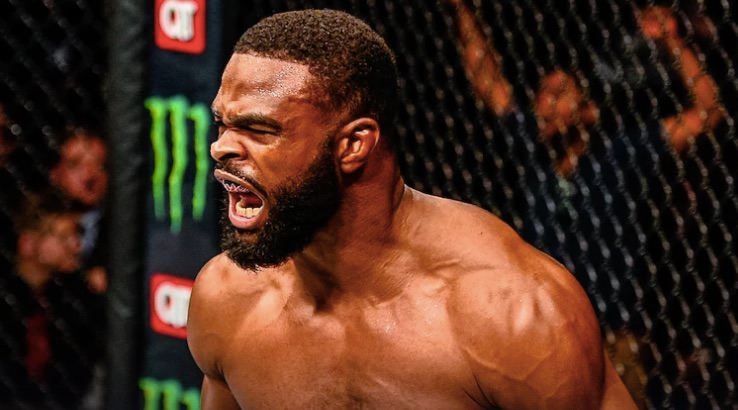 The UFC program shifts to Las Vegas for UFC Fight Night: Woodley vs Burns in the main event. This is how you can watch.

Following three successful events over just eight days in Jacksonville, the UFC is ready to hold its next night of mixed martial arts with UFC Fight Night: Woodley vs Burns in Las Vegas.

Set to be held in the new UFC Apex, a giant purpose-built UFC facility in Vegas that opened in June last year, it will again be held without fans. Interestingly, the venue features a 25-foot Octagon, which is smaller than the standard 30-foot space.

There are 11 fights on the schedule, including a co-main event between heavyweights Blagoy Ivanov and Augusto Sakai.

When does UFC Fight Night: Woodley vs Burns start?

The preliminary card gets underway at 6am AEST on Sunday 31 May in Jacksonville with 6 fights. The main card commences at 9am AEST with a further 5 clashes.

How to watch UFC Fight Night: Woodley vs Burns

ESPN is the home of UFC Fight Night: Woodley vs Burns. That means Foxtel iQ, Foxtel Now, Kayo Sports and UFC Fight Pass are your viewing options. If you don't have a Foxtel subscription, Kayo is the best choice. We've compiled a complete viewing guide for the UFC for you.

If you are yet to try Kayo Sports, it has a 14-day free trial for new users to check it out. That means you can watch UFC Fight Night and much more for zero cost before deciding if the service is right for you.

Typically covering more than 50 sports, during the coronavirus pandemic Kayo has been showing loads of timeless content, including classic matches and ESPN's 30 for 30 series. As professional sports start to return, including NRL, Kayo has a range of special features for you to enjoy. SplitView allows you to watch four events on the same screen. Interactive Stats, No Spoilers, Key Moments and Kayo Minis are other options.

Once you decide to sign up, Kayo starts from $25/month for the Basic subscription, which gives you access to 2 screens or devices. It also has a Premium subscription that gives you another device for $10 more per month.

Foxtel Now is the pay TV giant's digital streaming service. You have to subscribe to the Essentials pack in addition to the Sport pack, for a total cost of $54/month. If you haven't tried it yet, Foxtel Now offers a 10-day free trial. We also have a full guide for you which includes the list of compatible devices.

UFC Fight Pass is the fight organiser's own streaming service. You can pay either $10.99 per month or $104.99 for a discounted yearly pass. That gives you access to every UFC event, including pay-per-view. It's compatible with smartphones and laptops, Xbox One and Xbox 360, Apple TV, Chromecast, Roku, Samsung and LG Smart TVs.

Who will win Woodley vs Burns?

Tyron Woodley has fallen from the spotlight a little in recent times. Becoming the UFC Lightweight Champion back in 2016 with a first-round knockout against Robbie Lawler, he enjoyed a 7-fight unbeaten streak through to September 2018.

But a loss to Kamaru Usman in his fourth title defence in March last year left his record at 19-4 and was his last appearance in the Octagon. At 38 years old, he can ill afford another defeat here.

Burns, meanwhile, is a star on the rise. At 33 years of age, the Brazilian is riding a 5-fight winning run and holds a solid 18-3 record. Burns called Woodley out for this fight and will want to back up his words. We think he will and continue his path towards a shot at a title fight.