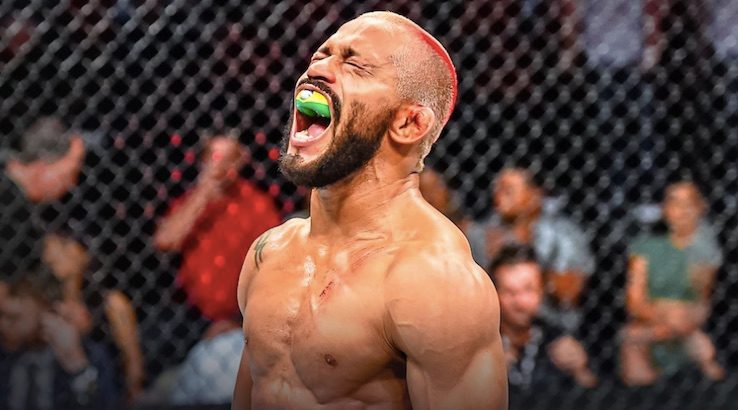 UFC Fight Night 169 Benavidez vs Figueiredo is headlined by a bout for the vacant UFC Flyweight Championship. This is how you can watch.

When Henry Cejudo vacated his flyweight belt to focus on defending his bantamweight title, it suddenly opened up a major opportunity in the UFC.

Benavidez would have literally leapt at the chance as he has twice fallen short in flyweight title shots, the second of which was just over six years ago.

Figueiredo meanwhile has an outstanding record (see below) and has also earned his shot at a title. This is a match-up of two extremely athletic fighters and is likely to be one well worth watching.

When does UFC Fight Night 169 Benavidez vs Figueiredo start?

The preliminary bouts get underway at 9am AEDT at Chartway Arena in Virginia with seven fights scheduled. The main card commences at midday AEDT with a further five fights.

How to watch UFC Fight Night 169 Benavidez vs Figueiredo

ESPN is the host broadcaster for UFC Fight Night 169. That means Foxtel iQ, Foxtel Now, Kayo Sports, Fetch TV and UFC Fight Pass are all viewing options. If you don't have a Foxtel subscription, Kayo is the place to be. We have compiled a complete viewing guide for the UFC for you.

If you are yet to try Kayo Sports, firstly, what are you thinking? Now that we've got that out of the way, Kayo offers a 14-day free trial for new users. That means you can check out UFC Fight Night 169 and much more for zero cost before deciding if the service is right for you.

Kayo Sports has coverage of over 50 sports in total and also has a range of special features such as SplitView, which allows you to watch four events on the same screen. Interactive Stats, No Spoilers, Key Moments and Kayo Minis are other options.

Once you decide to sign up, Kayo starts from $25/month for the Basic subscription, which gives you access to 2 screens or devices. It also has a Premium subscription that gives you another device for an extra $10/month.

UFC Fight Pass is the fight giant's own streaming service. You can pay either $10.99/month or $104.99 for an annual pass. That gives you access to every UFC event, including pay-per-view. It's compatible with smartphones and laptops, Xbox One and Xbox 360, Apple TV, Chromecast, Roku, Samsung and LG Smart TVs.

Who will win Benavidez vs Figueiredo?

We're not sure you could get two hungrier fighters than those eyeing off the opportunity of a vacated belt, rather than having to prise it out of the clenched hands of the holder.

Benavidez's career started way back in 2006 and he has been incredibly close to a world title. His record stands at 28-5 and he is riding a 3-fight winning streak.

Figueiredo has significantly less experience, but has blazed his way to a 17-1 record to earn his first shot at a championship belt.

It's a very tight fight to call but we'll lean towards Benavidez finally grabbing that belt at his third and most likely final attempt.