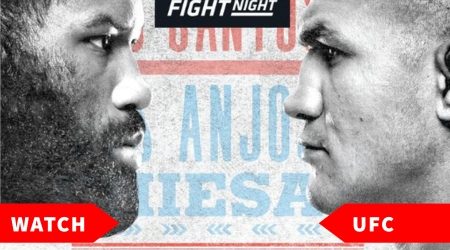 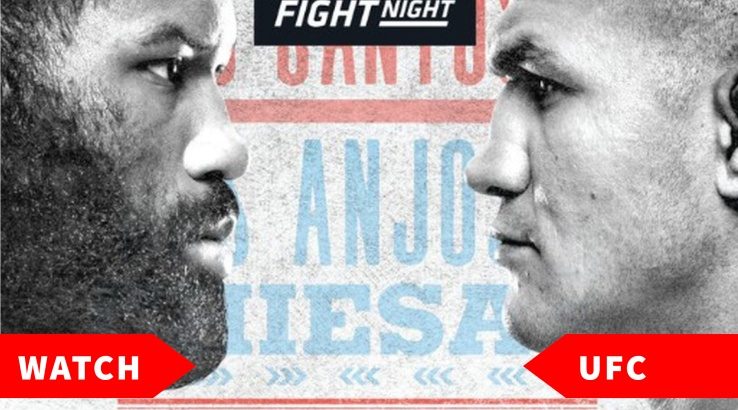 Two men aiming to firmly establish themselves among the big boys in the current heavyweight ranks come together for Curtis Blaydes vs Junior dos Santos in Raleigh, North Carolina.

It's time for UFC Fight Night 166 Blaydes vs Dos Santos. Brazilian dos Santos won the UFC Heavyweight title way back in 2011 as part of a 10-fight win streak between 2008-2012. Overall his record is 21-5. At 35 years old, he enjoys a distinct advantage in experience over his opponent.

Blaydes, 28, has a UFC record of 11-2, with one no contest. The American has won 6 of his past 7 fights and has a weight and reach edge over dos Santos. The co-main event is a welterweight fight between experienced duo Rafael dos Anjos and Michael Chiesa.

When does UFC Fight Night 166 Blaydes vs Dos Santos start?

The preliminary card for UFC Fight Night 166 gets underway at 9am AEDT on Sunday 26 January, with 7 fights scheduled. The main card is scheduled to start at midday AEDT.

Where is UFC Fight Night 166 Blaydes vs Dos Santos?

UFC Fight Night 166 is being held at PNC Arena in Raleigh, North Carolina.

How to watch UFC Fight Night 166 Blaydes vs Dos Santos

UFC Fight Night 166 is being broadcast on ESPN. That means you have a variety of options for a great night of MMA, namely Kayo Sports, Foxtel iQ, Foxtel Now or UFC Fight Pass. If you don't have a Foxtel subscription, Kayo Sports is clearly your best option. We have also previously compiled a complete viewing guide for the UFC.

Kayo Sports has coverage of over 50 sports, including plenty of MMA action. It starts from just $25/month for a Basic Subscription which lets you watch on two screens at once. To add a third screen, a Premium Subscription costs $35/month.

To test out all Kayo has to offer before deciding to sign up, they offer a 14-day free trial. It's not just a massive variety of sports, Kayo also has a range of extra features.

SplitView allows you to watch four sports on the same screen. Interactive Stats, No Spoilers, Key Moments and Kayo Minis are other options for sports fans.

You can download the Kayo Sports app to your iOS or Android device or access it via the website. It is compatible with PC, Mac, Apple TV, Telstra TV, Android TV, Chromecast and Samsung TV (2018 models or later). For more information check out our detailed Kayo Sports review.

The UFC has its own streaming platform, Fight Pass. It costs $10.99/month or $104.99 for an annual pass. It offers a whole range of options to satisfy the most diehard of fight fans. With Fight Pass you get access to every UFC event, including pay-per-view. It's compatible with smartphones and laptops, Xbox One and Xbox 360, Apple TV, Chromecast, Roku, Samsung and LG Smart TVs.

Who will win Blaydes vs Dos Santos?

Firstly, these two fighters have something in common – their last losses both came against the same man. Francis 'The Predator' Ngannou finished both by TKO (punches). Dos Santos' defeat was in June last year and he hasn't fought since.

Blaydes' loss to the Cameroon behemoth was in November 2018 and he rebounded with two victories in 2019 from as many attempts. The American also has a bigger tank than his older opponent and we suspect will have the edge in this heavyweight showdown.