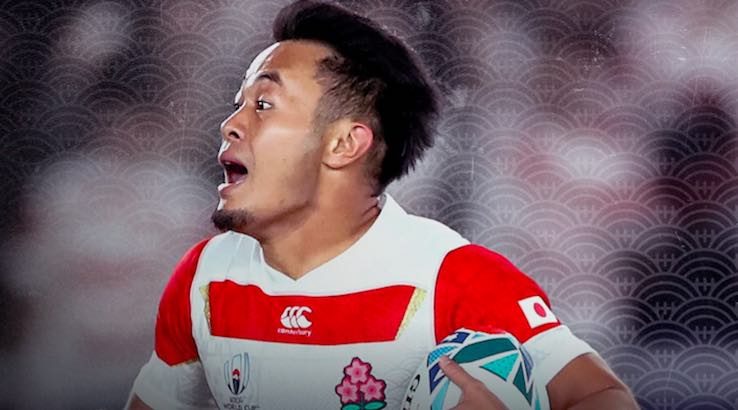 The Brave Blossoms vs Springboks in Japans first ever Rugby World Cup finals game. Here's how you can watch if Japan can keep the fairytale alive.

SUMMARY: The best option to watch Japan vs South Africa live is through Kayo Sports. You can watch the entire Rugby World Cup pool stage and quarter-finals for free with this 14-day FREE trial now. This gets you access to all its unique features and 50 additional live sports.

Host nation Japan has progressed to the knockout stage of the Rugby World Cup (RWC) for the first time ever. Fans have gone mad for the Brave Blossoms who've been winning so far through pure effort and skill. However, South Africa are Japan's most imposing opponent to date.

Who will win the Japan vs Springboks match?

The Brave Blossoms have played exactly as their nickname suggests and gone undefeated so far. There weren't many who gave Japan a shot of advancing from the pool stage, let alone in first place.

Instead a fairytale has played out for the host nation. Fly half Kotaro Matsushima leads the whole tournament in points and tries scored.

South Africa entered the tournament as one of the true contenders. They ultimately fell short against the All Blacks in the opening match, but have looked very impressive apart from that. Even with that loss the Springboks have scored the most points at the RWC.

Japan are yet to play a side as strong as South Africa. During the warm-up matches South Africa annihilated Japan. It looks like Sunday might be the day this fairytale ends, but aren't all fairytales meant to have happy endings?

History of Japan vs Springboks

There have only been two matches played between the sides, with each team winning one match each. Most notable though is their first ever clash. Japan were able to shock the world and defeat South Africa in the 2015 Rugby World Cup.

When does the Japan vs South Africa RWC match start?

Japan vs South Africa is set for Sunday 20 October at 9:15pm AEDT. The match will be played in the Japanese capital at Tokyo Stadium. You can find all the details for the rest of the knockout matches in our Rugby World Cup schedule.

How to watch Japan vs Springboks

In Australia, there will only be two RWC quarter-finals on free-to-air TV. This doesn't include the Japan vs South Africa match. Instead you're better watching the game on Kayo Sports, which has over 50 sports. Foxtel also has the match but isn't your cheapest option in this case.

After you've utilised your free trial you can continue your subscription through one of two options. The Basic subscription is priced at $25/month which will let you watch on two devices. Then there's the Premium subscription costing $35/month for three concurrent streams.

If you're thinking about giving Kayo a go, you might as well jump straight in. Kayo will have every single RWC match and the Rugby League World Cup 9s this weekend. You can watch up to four games at once with the SplitView feature or track the statistics with Interactive Stats.

Otherwise, if you can't watch live or want to catch up on other sports, you can use the array of other functions. Kayo Minis are special condensed matches with just the best bits and a Key Moments timeline helps you skip ahead too.

Kayo is compatible with iOS and Android devices once you download the app. You can watch on the big screen via Android TV, Telstra TV, Airplay or Chromecast. If that isn't your thing stream online straight from your laptop or Mac.