How to watch the South Africa vs England Test cricket series 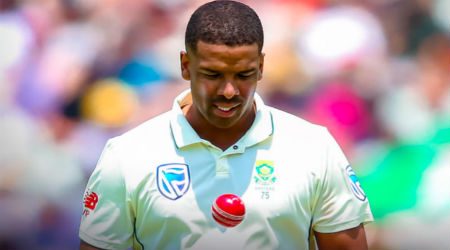 South Africa, ranked 3rd in the ICC Test cricket rankings, face No.4 England in a four-Test series that gets underway at 7pm AEDT on Boxing Day, 26 December.

Under their new coach Mark Boucher, the hosts are keen to quickly recover from a heavy 3-0 Test whitewash in India in October. The English line-up will also have their recent Test series defeat in New Zealand fresh in their minds. That series wrapped up earlier this month.

How to watch South Africa vs England in Australia

The only option for cricket fans in Australia to stream the series overseas is through Foxtel or Kayo Sports. If you are not already a Foxtel subscriber, Kayo is undoubtedly the way to go.

Also read: Every sport on this Boxing Day

Kayo Sports has a mammoth amount of sports available for you to stream, with more than 50 sports making up its vast catalogue.

Along with the ongoing Test series between Australia and New Zealand, which can be streamed live on Kayo Sports, you can also get access to what promises to be a fascinating clash in South Africa and the entire BBL.

Kayo Sports is compatible with Android, iOS, Telstra TV, Apple TV, Samsung TV (2018 or later), Chromecast, AirPlay and Android TV. For just $25 per month, you can get a Basic Subscription, where you can watch sports on two devices. A $35 per month Premium Subscription gives you access to three devices and it's all in HD.

We have put together a full Kayo Sports review for you to check out all the benefits of having a subscription. They include features like SplitView, where you can watch four events at once. Key Moments, No Spoilers and Kayo Minis are also among the options.

If you're not yet familiar with Kayo, they offer a 14-day free trial.

Who will win South Africa vs England?

Both teams come into this match-up with something to prove. England were combative but ultimately unsuccessful in their efforts to regain The Ashes from Australia. They then narrowly lost to New Zealand away from home.

The South Africans are under the pump following their heavy loss to India and a change in their coaching ranks. England has performed well in South Africa at times, but we suspect the hosts might be a bit too strong on home soil this time around.