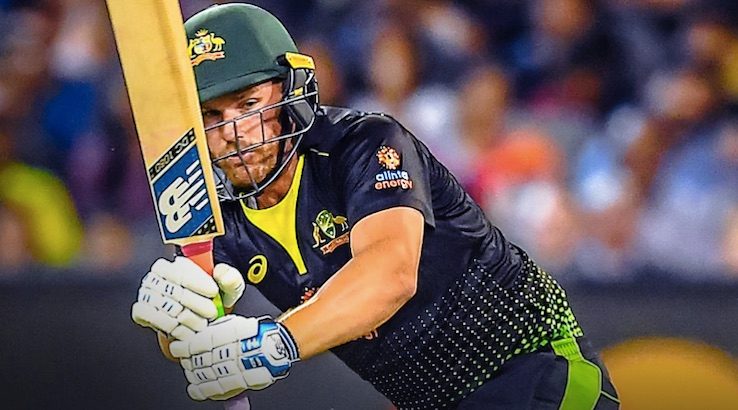 SUMMARY: The Australia vs South Africa T20I series is exclusive to Foxtel and Kayo Sports. Of those two services Kayo is both cheaper and has more features, you can test it out using this 14-day trial. This gets you access to all its unique features and 50 additional live sports.

Steve Smith and David Warner are sure to face a hostile reception when Australian vs South Africa in a three game T20I series.

Update: Here's our preview for the deciding 3rd T20I.

It's almost two years since an intense series in South Africa culminated in Smith, Warner and Cameron Bancroft becoming embroiled in the use of sandpaper to doctor the ball in a Test match against the hosts. So expect more hostility when South Africa vs Australia in a T20I series.

The former series was already feisty before that fateful decision that led to worldwide condemnation, lengthy bans to those three players and a major dent in Australia's cricketing reputation.

Plenty of work has been done to improve Australia's standing in world cricket since then. But the Aussies are sure to face a serious examination from the home fans. It all starts with a three-match T20 series before another three one-day internationals.

When is the Australia vs South Africa T20I cricket series?

How to watch the Australia vs South Africa T20I cricket series

This series is not on free-to-air television. Australia's tour of South Africa is live and exclusive to Fox Cricket. That means Foxtel iQ, Foxtel Now and Kayo Sports are your options to view what should be a combative series.

Once again, Kayo Sports is the place to be for cricket fans. Kayo has every Australian ODI and T20I. Plus international contests like India's current Test series against New Zealand and the Women's T20 World Cup.

Kayo has a 14-day free trial so Australia's tour of South Africa could be the perfect time to check it out. Cricket is just 1 of more than 50 sports available on Kayo and we have put together a full review of the service for you.

Subscriptions for Kayo Sports are $25/month for the Basic option, where you can watch games on 2 screens or devices. The Premium option is $10 more per month and gives you 3 screens.

Kayo also has a number of special features, such as Kayo Minis, alternate camera angles, SplitView, where you can watch four sports at once, Interactive Stats and Key Moments.

If you have a Foxtel iQ subscription including the Sports HD pack, you are all set for the cricket. If not, you need to get both the Sports HD pack for $25/month and the Foxtel Plus package for an additional $49/month.

This blows the total monthly bill out to $74 per month, considerably more than Kayo. Foxtel is the only broadcaster in Australia that currently offers users 4K sports content, which is a bonus.

You may also find that you're up for some potential installation costs, though Foxtel iQ deals are also regularly available.

Foxtel Now is the pay TV giant's digital streaming service. You have to subscribe to the Essentials pack in addition to the Sport pack, which costs $54/month in total. So it's cheaper than iQ, but still more than double the price of Kayo Sports.

Who will win the Australia vs South Africa T20I cricket series?

While Australia's monumental implosion in South Africa just under two years ago is still fresh in people's minds, the tourists are actually better placed overall right now than the Proteas.

Allan Border Medallist Warner and Ashes hero Smith have been making runs aplenty and a hugely successful Australian summer showed the Aussies have evolved from the depths of that South African misery into a well-rounded unit.

The hosts are still trying to claw their way out of their own malaise. They lost a recent Test and T20 series against England and fledgling coach Mark Boucher concedes his Proteas are still deep in a rebuilding period. We fancy Australia might just prove victorious in this series.