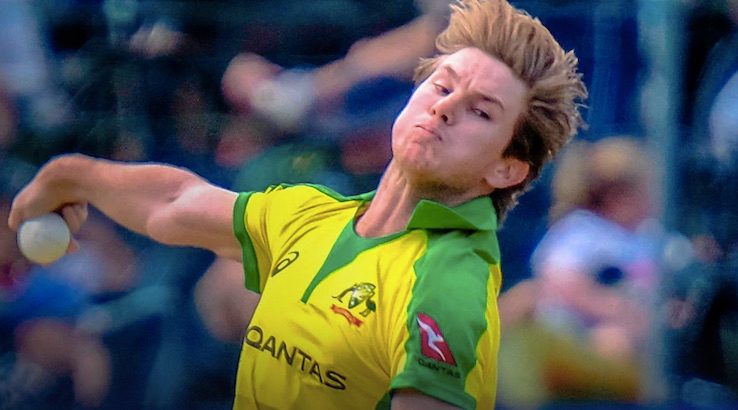 The deciding Australia vs South Africa T20I match is here. This is how you can watch live.

SUMMARY: The best-value-for-money option when watching the Australia vs South Africa live is through Kayo Sports. You can watch the match as well as the upcoming ODI series for free using this 14-day trial. This gets you access to all its unique features and 50 additional live sports. Otherwise see our South Africa vs Aus T20 series guide for all viewing options.

The Australia vs South Africa third T20I is the deciding match in a series that has so far lived up to expectations. The Australians dominated the first match before the hosts bounced back strongly in the second.

Now the scene is set beautifully as the two sides head to Cape Town for the series decider. It will be the first match at the Newlands ground since the infamous sandpaper incident from almost two years ago.

Amazon Prime is releasing a docuseries on the ball-tampering saga starting early next month.

Both sides have had their moments in an intense T20 series to date. Who takes out the series finale?

When is the Australia vs South Africa 3rd T20I?

How to watch the third Australia vs South Africa T20I

This series is not being broadcast on free-to-air television. Australia's tour of South Africa is live and exclusive to FOX CRICKET. That means Foxtel iQ, Foxtel Now and Kayo Sports are your options to view what looms as a thrilling finale.

Kayo Sports is the place to be for cricket fans. As Kayo is on demand, if you can't quite manage the 3am AEDT start for this match, you can watch it on replay at a time that suits you.

Kayo has a 14-day free trial so Australia's continuing tour of South Africa could be the perfect time to check it out. Cricket is just 1 of more than 50 sports available on Kayo and we have put together a full review of the service for you.

Subscriptions for Kayo Sports are $25/month for the Basic option, where you can watch games on 2 screens or devices. The Premium option is $35/month and gives you 3 screens. Kayo also has a number of special features, such as Kayo Minis, alternate camera angles, SplitView, where you can watch four sports at once, Interactive Stats and Key Moments.

If you have a Foxtel iQ subscription including the Sports HD pack, you are all set. If not, you need to get both the Sports HD pack for $25/month and the Foxtel Plus package for an additional $49/month. This blows the total monthly bill out to $74 per month

Foxtel is the only broadcaster in Australia that offers users 4K sports content, which is a bonus. You may also find that you're up for some potential installation costs, though Foxtel iQ deals are also regularly available.

Foxtel Now is the pay TV giant's streaming service. You have to subscribe to the Essentials pack in addition to the Sport pack, which costs $54/month in total. So it's cheaper than iQ, but still more than double Kayo Sports.

If you haven't tried it previously, Foxtel Now offers a 10-day free trial. We have also put together a full guide for you which includes the list of compatible devices.

Who will win Australia vs South Africa 3rd T20I?

This really is a toss of the coin. Australia were on an impressive role leading into this series and duly hammered the Proteas in game one. But the South Africans bounced back strongly in the second game, able to defend their total of 4-158 to win by 12 runs.

With a one-day series looming, there will be pressure and intensity on both teams on this return to Cape Town. But we still find it hard to go past Dave Warner, Steve Smith and the rest of Australia's matchwinners in this deciding match.