How to watch Rep Round rugby league: New Zealand vs Tonga test 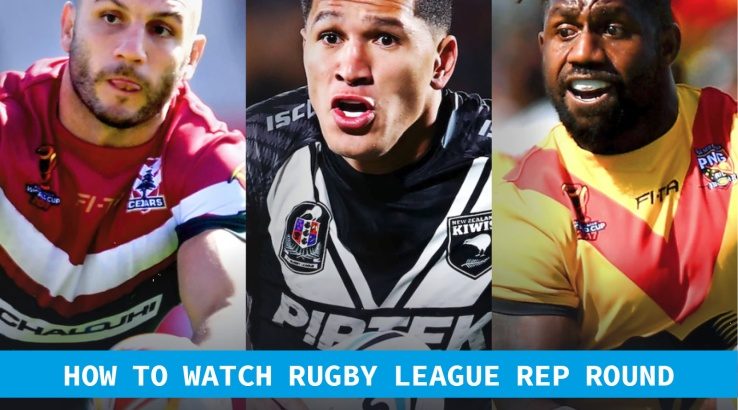 Tonga vs New Zealand is the standout match in a huge weekend of representative rugby league. Here's how to live stream every Rep Round rugby league match.

Rugby league fans should gear up for a memorable weekend. Besides the main event that is game 2 of the 2019 State of Origin series - which is on June 23, see a full guide here - the NRL Rep Round is upon us. That includes State of Origin Game 2, as well as the Women's State of Origin and three exciting test matches between the powerhouse teams of Oceania.

The three big rugby league test matches of Rep Round will unfold back-to-back on Saturday, 22 June. The first match is the blockbuster New Zealand vs Tonga match, and as you will see by the team lists below, the talent on display is exceptional. There's even a recall for veteran superstar Benji Marshall!
HERE'S YOUR GUIDE TO WATCHING GAME 2 OF STATE OF ORIGIN 2019
Last time the two squads met at the 2017 World Cup, the Kiwis experienced one of the biggest upsets in international rugby league history. Tonga came back from 16-2 down at half-time and won the game 28-22. We're confident in saying that the New Zealand team will be out for blood this Saturday. Here's how to watch all a New Zealand vs Tonga live stream.

Watch every Rep Round game for free on Kayo; start your 14-day trial now

How to Watch Rep Round, including the New Zealand vs Tonga rugby league test

All three rugby league Rep Round test matches will be broadcast live on 9GEM and FOX LEAGUE, a channel available through Foxtel IQ, Foxtel Now or Kayo Sports. The simplest way to watch Rep Round is through 9GEM on your normal TV, however, it has limitations. In addition to dealing with advertisements, it's not available on every device and has none of the exciting viewing features of Kayo Sports. Here is a quick summary of your options.

You can live stream the three Rep Round rugby test matches on Kayo Sports. Kayo Sports is a fantastic new sports-dedicated live streaming service that comes with plenty of appealing features we've never seen before.

This includes SplitView, which enables you to watch up to four channels on one screen simultaneously. Kayo Minis, which condenses selected events into 20 minute recaps meant to offer the goods for fans in a hurry. The No Spoilers setting prevents you from accidentally finding out the score when you're running late, while Key Moments allows you to jump directly to the most exciting bits for key events. There's a picture-in-picture mode, a Netflix-like UI and plenty more to help it stand out.

The streaming service offers Basic subscriptions for only $25/month. For this price, you can watch on two devices at the same time and enjoy coverage of over 50 sports both live and on demand. Or, get a Premium subscription for $35/month and you can watch three simultaneous streams.

Either way, you get a 14-day free trial to test drive the service. This means you can live stream the New Zealand vs Tonga test match for free, and see the other Rep Round matches.

Kayo Sports is compatible with Macs and PCs, iOS and Android smartphones and tablets, and on a TV via ChromeCast, Android TV, Apple TV and Telstra TV.

Since the three rugby league tests air on FOX LEAGUE, you can also live stream them with Foxtel Now. You'll need the Sports Pack, a premium channel pack priced at $29/month. To gain access to it, you also need to subscribe to the Essentials Pack, which costs $25/month. This comes with a mix of Pop and Lifestyle channels. The total comes to $54 per month.

What is the NRL Rep Round?

For the NRL Rep Round, normal club rugby league is put on hold while the elite players compete in representative games. It's a blockbuster weekend featuring women's and men's State of Origin matches and women's and men's Tests involving New Zealand, Papua New Guinea, Tonga, Samoa, Lebanon and Fiji.

The stand-alone representative round will see plenty of NRL players battle it out for their countries and states during an action-packed few days.

As well as the three men's rugby league test matches on June 22, there is also two big women's clashes. New Zealand vs Samoa and Fiji vs PNG. The only place to watch both of these games is on Kayo Sports as detailed in the table above.

When does the New Zealand vs Tonga rugby league kick off?

Coverage of the test match between New Zealand and Tonga is scheduled to start at 3.30pm (AEST).

When does the Fiji vs Lebanon rugby league kick off?

Coverage of the match between Fiji and Lebanon will start at 5:30pm (AEST).

When does the Papua New Guinea vs Samoa rugby league kick off?

Coverage of the match between Papua New Guinea and Samoa will start at 7:30 pm (AEST).

How will the Roy family react in the aftermath of Kendall’s bombshell press conference?