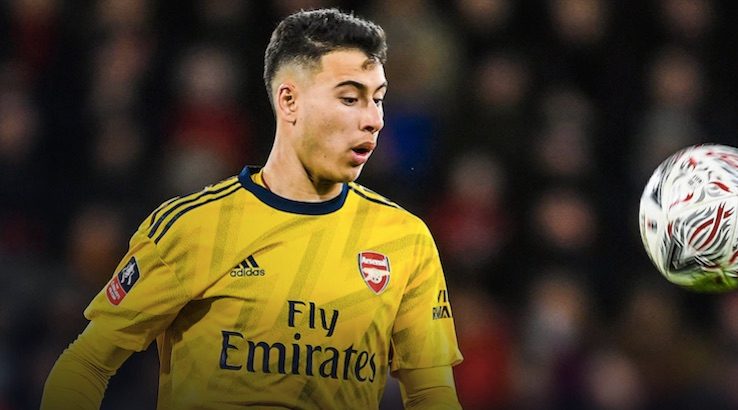 Portsmouth vs Arsenal in an FA Cup fifth round clash at Fratton Park. Who will reach the quarter-finals?

SUMMARY: The FA Cup is exclusive to ESPN which means your best way to watch live is through Kayo Sports. You can watch the entire 5th round for free using this 14-day trial. This gets you access to all its unique features and 50 additional live sports.

The Portsmouth vs Arsenal FA Cup fifth round clash features two clubs fighting to work their way back up the standings of English football.

Pompey enjoyed Premier League status between 2003 and 2010, but have battled a series of on- and off-field issues since then and are currently in the third tier of the English game.

The Gunners won 3 FA Cups in a 4-year span from 2014–2017 and are perennial top-4 contenders, yet find themselves languishing in 10th in the EPL at the time of writing. That leaves both clubs with a great opportunity to make the quarter-finals of the FA Cup and give their seasons a welcome boost.

When is Portsmouth vs Arsenal FA Cup fifth round?

This match kicks off at 6:45am AEDT on Tuesday 3 March at Portsmouth's Fratton Park. The following day is EPL giants Chelsea vs Liverpool.

If you are yet to explore all that Kayo Sports has on offer, it also has a 14-day free trial so you can give it all a test run.

A Basic subscription costs $25/month and you can watch your favourite sport on 2 screens or devices. The Premium option is $10 more per month and gives you 3 screens. With Kayo there are no lock-in contracts and you can cancel at any time.

In total, Kayo has access to more than 50 sports. Gunners fans are also able to get access to Arsenal TV. So you can watch all Arsenal fixtures including EPL matches the Gunners are involved in on Optus Sport, via Kayo on a slight delay.

We have put together a full review of the service for you. It also has a number of special features, such as Kayo Minis, which are a condensed version of matches available shortly after the full-time whistle.

SplitView, Interactive Stats and a Key Moments Timeline are among the other features. Kayo is compatible with Android, iOS, Apple TV, Telstra TV, Android TV and Samsung TV (2017 or later), Sony Bravia TVs, Mac and PC, Chromecast and AirPlay.

Who will win Portsmouth vs Arsenal FA Cup fifth round?

From the real threat of extinction over financial troubles just a few years ago, Portsmouth have been slowly climbing back to some level of respectability. Pompey have won three of their past four matches in League One, sitting third with a genuine shot at promotion to the Championship.

Arsenal were knocked out of the Europa League in extra-time at home to Olympiacos last week. But in the Premier League, they are unbeaten in seven matches and an outside chance of securing European qualification for next season if they can keep winning.

Considering their FA Cup pedigree and talent-laden squad, we expect Arsenal to attack this match head-on and be too strong for the home side at Fratton Park.

It's an all-Australian affair with Justis Huni vs Joseph Goodall fighting for the heavyweight crown.