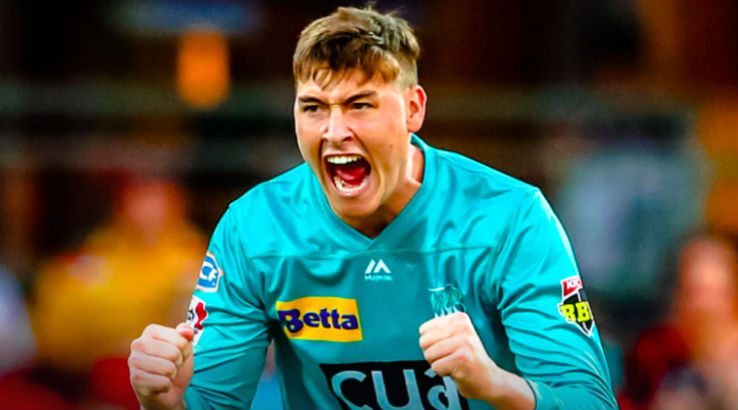 Once the dominant team in the BBL, the Perth Scorchers are trying to regain their former status after missing the finals for the first time last season.

This is yet another of the 16 matches free-to-air provider Channel 7 opted not to show. That leaves you with Kayo Sports and Foxtel as your only options to watch the Scorchers vs the Heat and if you don't already have a Foxtel subscription, Kayo is easily the way to go.

When is the Perth Scorchers vs Brisbane Heat match?

How to watch Perth Scorchers vs Brisbane Heat live

With this another of the BBL|09 matches exclusive to Fox Cricket, your options are Foxtel, Foxtel Now or Kayo Sports. On Foxtel it is on Fox Cricket Channel 255, Channel 501 and Ultra HD on 508.

Read on to find out the only ways to watch every game of the BBL season live, including the match-up of the Scorchers and Heat.

Kayo Sports has changed the landscape in Australian broadcasting. It boasts more than 50 sports so is sure to satisfy your every sporting need. It also has a range of features to give you an unmatched viewing experience.

Alternate Camera Angles, including the Flying Fox camera used in the recent Australia vs New Zealand Test series, Interactive Stats and a Key Moments Timeline are just a few of the added features for you to enjoy.

To see if Kayo is the right option for you and to check out all the features, it offers a 14-day free trial.

On top of the BBL, Kayo also has the rights to every Australian Test and WBBL game, all of Australia's ODIs and T20Is plus international series like India's upcoming matches.

It doesn't get much tighter than the history of these two teams. While Perth have won 3 BBL titles to the Heat's 1, they have so far split their 12 contests with an even 6-6 record.

Brisbane boast the only three-game winning streak in this match-up. Perth won the most recent game on 1 January on the Gold Coast.

Who will win Perth Scorchers vs Brisbane Heat?

In the first seven seasons of the BBL, Perth won three championships and finished no lower than third. It is a record unmatched in the short history of the Twenty20 competition.

But an eighth place finish last season was a shock to the system and they are keen to quickly eradicate that from their memories. With a new-look team, Perth are in the mix with a three-four win-loss record.

Chris Lynn's Heat have won three straight matches and four out of five overall to move to third on the ladder at the time of writing.

The fact the Scorchers have no one in the top 10 for runs or wickets at this stage of the season is a concern. Brisbane might continue their winning ways and claim a fourth consecutive road triumph in this one.