How to watch NFL Thanksgiving games live and free 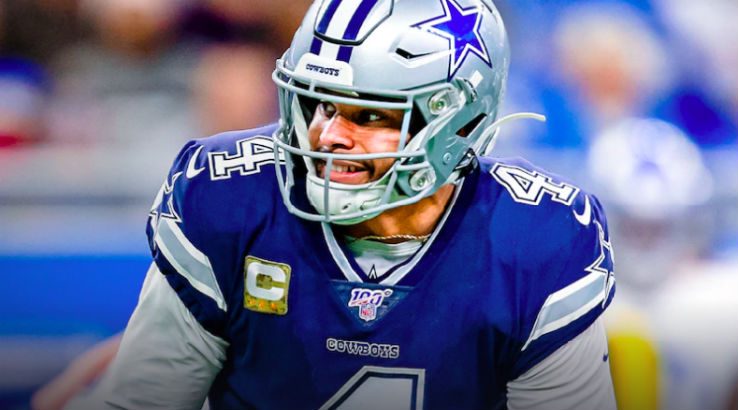 Thanksgiving Day provides us with three huge NFL match-ups. Here's how to catch them.

Who plays NFL on Thanksgiving?

Traditionally on Thanksgiving you'll always see the Detroit Lions and Dallas Cowboys host a game. The pair have continued this tradition since 1934 and 1966 respectively.

Then once Thursday Night Football (Friday in Australia) was introduced by the NFL in 2006 it has adopted a third prime-time Thanksgiving game.

The NFL Thanksgiving Day games also coincide with the kick-off of week 13 of the regular season. First up is the battle of the Midwest between the 3-7-1 Detroit Lions and 5-6 Chicago Bears.

This year fans are treated to a battle between the 6-5 Dallas Cowboys and the surprise packet 8-3 Buffalo Bills. Young quarterbacks Dak Prescott and Josh Allen will duel it out.

Then there's also superstar running backs Ezekiel Ellliot and Frank Gore. This game in particular will go a long way to determining the make-up of the NFL Playoffs.

Closing out the night is the red hot New Orleans Saints at 9-2, who'll visit the 3-8 Atlanta Falcons. Bonafide Hall Of Famer Drew Brees has had the Saints looking like a well-oiled machine since returning from injury.

NFL games shown on Thanksgiving are live and exclusive to ESPN. Luckily for Australians ESPN is available with a few different providers. We also have an existing how to watch NFL article for those hoping to see more of the season.

With over 50 sports, an average of 5 live NFL games per week and the entire postseason live, Kayo is the top pick. Kayo recently celebrated its first birthday with an international award for best user experience at the SportsPro awards.

It's those special viewing features that have given Kayo its early success. SplitView can be used to stream four different events at once, which is great for when there are crossovers.

As NFL games can drag on and aren't always on at the best time, the on-demand viewing features come in handy. The Key Moments timeline is designed for you to skip ahead to the best bits. Or there's Kayo Minis, which are a special condensed version of games that cuts out filler.

New customers are offered a 14-day free trial which is a great way to take it for a spin. After that you can continue on with a subscription at just $25/month if you only require two devices at once. Otherwise it's the Premium subscription priced at $35/month which gives you another screen.

Kayo is available to watch on several devices. The compatible list includes iOS and Android devices, Mac and PC, Apple TV, Telstra TV, Android TV and Chromecast. Right now you may potentially be able to find a deal thanks to Black Friday.

Existing customers have it easy, simply contact Foxtel and add on the Sports HD channels which include ESPN for $25/month. It's a pity if you're a new customer cause that price catapults to $74 monthly.

That's due to the requirements that you must also have the base Foxtel Plus pack costing $49/month. All subscribers get access to Foxtel GO so you can watch wherever and also use the loyalty program, Foxtel First.

To get to the point it's $54/month for sports channels on Foxtel Now. That's broken down by $29 for Sport and $25 for the mandatory base Essentials pack which has some drama channels.

If you're only after sport than Kayo is your best option, but if you don't mind some drama then this isn't a bad choice. Again, Foxtel Now subscribers get access to Foxtel GO. Plus there's a 10-day free trial for new subscribers.

ESPN channels are available on Fetch as part of the Vibe channel pack. Adding this on costs $6/month, but the total price varies depending on where you purchased your Fetch box from.

If you don't sort one out from a broadband provider you can buy one outright for $449, plus a $1 one-off activation fee.

NFL Game Pass is awesome if you're a gridiron lover. Unfortunately it's quite costly coming in at $275 annually so you have to be committed. Luckily there's a seven-day free trial for new subscribers available, plus a discount on the website right now.

You can find more details about NFL Game Pass here.