How to watch NFL Pro Bowl 2020 live and free 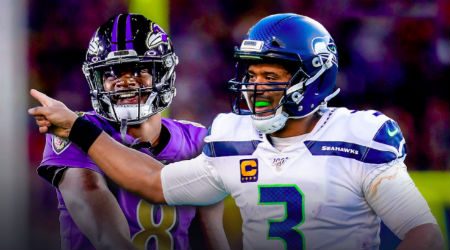 The Pro Bowl is known as much for some top NFL players opting to sit out and enjoy some rest in their off-season as for high-octane offence. But there will still be plenty of stars on show when the game gets underway.

Fans, players and coaches all cast votes to select the two teams. The initial rosters were named on 17 December last year. The Baltimore Ravens, who finished with an NFL-best 14-2 win-loss mark in the regular season, had a record 13 players selected.

The rosters are regularly tweaked in the weeks leading up to the game. Players selected that make the Super Bowl for example, like Kansas City's Patrick Mahomes and San Francisco tight end George Kittle, don't feature in the Pro Bowl.

Pro Bowl 2020 will kick off at 7am AEDT on Monday 27 January at Camping World Stadium in Orlando, Florida.

Channel 7 opted to pick up certain games throughout the 2019 NFL season to show on 7mate. Its coverage includes the Pro Bowl. Kayo Sports and Foxtel also have access to the game, along with Foxtel Now, Fetch TV and NFL Game Pass.

We have a full guide to viewing options for the NFL season here, including the upcoming Super Bowl in Miami. Here we'll just run you through your two best options.

Channel 7's Pro Bowl coverage gets underway at 7am AEDT on 7mate and 7mate HD. The game isn't being shown on its main channels.

If you are yet to try out Kayo Sports, it offers a 14-day free trial. Kayo has more than 50 sports for you to choose from and we have compiled a full review of the service here.

As well as a vast array of sports to suit every taste, Kayo also has a variety of special features. SplitView allows you to watch up to four sports at once. Kayo Minis and Interactive Stats are also among the options. It is all broadcast in HD.

A Basic subscription costs $25/month and gives you access to 2 screens or devices at once. A Premium subscription is $10 more per month and comes with 3 screens. There are no lock-in contracts with Kayo.

What is the Pro Bowl?

The Pro Bowl has been held in a variety of forms since the first All-Star contest was first staged in 1939. Unlike other professional leagues, the NFL schedules its showpiece event at the end of the season, rather than during the season.

It was held in Hawaii for three decades up until 2009. While the process for selecting player rosters was mentioned above, the coaches are picked from the two losing teams in the divisional play-offs with the best regular record. In this case, Baltimore's John Harbaugh will lead the AFC and Seattle's Pete Carroll will coach the NFC.

History of the Pro Bowl

The NFL has experimented with a variety of different formats for the Pro Bowl. Since it returned to a conference vs conference system in 2016, the AFC has won 3 straight games. Quarterbacks Tom Brady and Peyton Manning, tight end Tony Gonzalez and guard Bruce Matthews share the record with 14 Pro Bowl selections.