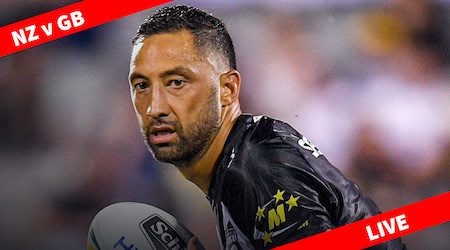 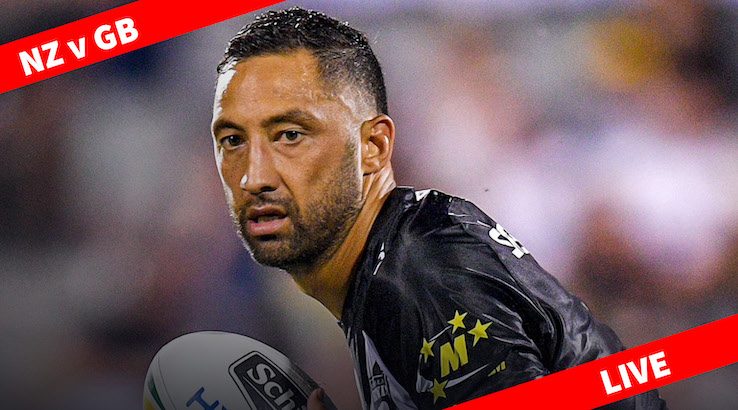 New Zealand and Great Britain (not England) meet for the title of "second-best" test rugby league nation in the world.

New Zealand vs Great Britain is a true battle for the status of second-best international rugby league side in the world. Australia have a stranglehold on first place, but the battle for runner-up is down to the Kiwis and Lions.

The Great Britain Lions were manhandled by Tonga in last week's fixture. That could be a worrying sign for the Brits now that they'll face a tougher prospect in the Kiwis. Maybe the retirement announcement of former England captain Sam Burgess can spur Great Britain on.

The Kiwis also come in on the back of a loss, after being outclassed by the Kangaroos last Friday at WIN Stadium.

When is New Zealand vs Great Britain?

New Zealand vs Great Britain kicks off at 3pm AEDT on Saturday. The match will be played at Eden Park as part of an extremely rare rugby league test match triple-header. The other games to be played include Samoa vs Fiji and Australia vs Tonga Invitational.

New Zealand vs England will be broadcast live on free-to-air and subscription TV services. The Nine Network will broadcast all rugby league test matches from Saturday on Gem. Check your local guides as this can vary state by state.

Kayo Sports and Foxtel have the broadcast rights to every rugby league international. This includes next weekend's tier-one clash between Great Britain and New Zealand. Take a look at our rugby league test matches guide for a full breakdown.

If you're a true lover of footy, then you'd best look at Kayo Sports, which has more rugby league content and features for viewers than any other provider. Kayo has every NRL game live, selected Super League matches, World Cup 9s tournament and the returning NRL 9s.

So jump straight in and watch rugby league with a 14-day free trial. After your free trial period you can continue on with a subscription from $25/month and watch from two devices at once.

Kayo has over 50 sports and a range of viewing features to enhance your experience. SplitView gives you the ability to watch four sports at once. Most sports also have Interactive Stats to allow you to get a deeper insight into the game live.

With so much sport to get through these days, you'll likely find yourself trying to catch up at some point. Kayo also has tools that help you watch on demand. There's a Key Moments timeline that hand-picks the best bits to jump to. Otherwise Kayo Minis are a special condensed video which cuts events down to around 15 minutes while incorporating all the highlights.

Cronulla Sharks five-eighth Shaun Johnson has been dropped by the Kiwis after a poor performance. Michael Maguire has recalled experienced half Kieran Foran to replace him.

Wayne Bennett wasn't pleased with his side's effort against Tonga and has also made changes. Gone is Lachlan Coote, losing his spot to St Helens teammate Jonny Lomax. Great Britain have also lost Luke Thompson and Oliver Gildart through injury.