How to watch the NBA Draft online in Australia 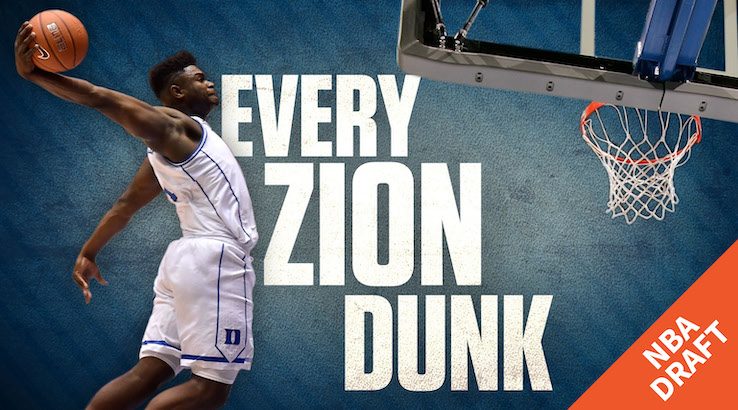 The biggest night of the NBA offseason is about to begin. Join in the excitement of the NBA Draft live in Australia on the morning of June 21, 2019.

It's the most important night of the year and could decide your NBA team's hopes for the coming 2019/20 season. The NBA Draft begins early on the morning of June 21 in Australia, an excitement among dedicated basketball fans is at an all-time high. Top prospects this year include big names like Zion Williamson, Ja Morant, RJ Barrett, Jarrett Culver and De'Andre Hunter, to name only a few.

In Australia, you can watch the NBA Draft live, but you might want to take the day off to catch the entire event, as coverage starts early. Here are all the details you need to know, including a guide on how to access an NBA Draft live stream for free in HD.

When is the NBA Draft on?

In Australia, the NBA Draft airs Friday, 21 June, from 9:00 am (AEST) on ESPN and concludes five hours later. We have a detailed comparison of the ways you can access ESPN further down this article. For now, here are the times across the country.

What is the NBA Draft?

The NBA Draft is an annual event during which NBA teams choose eligible prospects who want to join the league. Prospects include both college basketball and international players. The event is particularly exciting since it allows teams to attract some fresh blood and complete their lineups for the next season. Plus, weaker teams get first pick during the drafts, which gives them a shot at levelling the playing field by making smart decisions.

How to watch the NBA Draft in Australia?

In Australia, the NBA Draft will air live on ESPN. You can watch on TV or live stream the NBA Draft to your favourite device via the Internet. Here's are you option for how to tune in to the biggest event in the NBA offseason.

ESPN content is also available on Kayo Sports, the streaming platform dedicated exclusively to sports. The NBA Draft will be live on this service, as well as on demand. A Basic subscription to Kayo costs $25/month and enables you to watch two simultaneous streams. A Premium subscription, on the other hand, lets you want on three screens at the same time. This one costs $35/month.

No matter which option you choose, you'll instantly get access to over 50 sports, as well as an impressive collection of dedicated features. For instance, you can use SplitView to watch up to four sporting events simultaneously on one screen. Moreover, you can watch condensed versions of selected events with Kayo Mini, use the No Spoilers feature to keep scores hidden if you're running late, or catch only the best bits from a game with Key Moments. There's more, too, which you can read about in our extensive review.

Kayo Sports comes with a 14-day free trial for new users. You can watch via the website with your computer or download the Kayo app to your preferred device. The platform is compatible with smartphones/tablets, or can streamed to you television via Android TV, Apple TV, Telstra TV, and ChromeCast.

If you're a Foxtel Pay TV subscriber with the Sports Pack, you can watch the NBA Draft live on TV. Or, you can stream the event on your mobile device or laptop thanks to the Foxtel Go app, which is free for all Foxtel IQ subscribers. Another option is to watch with the WatchESPN app, also free for Foxtel IQ subscribers. You can add the Sports Pack to your current package instantly via the Foxtel website, and the cost is $29 per month, plus $10 per month if you also want it in high-definition. The total cost, with the initial Essentials Pack, is $68 per month.

Alternatively, you can stream the NBA Draft with Foxtel Now. Foxtel Now is the streaming version of the Foxtel IQ cable TV service. ESPN is available in the Sport Pack, which costs $29/month. However, this is a Premium channel pack, which means - like Foxtel IQ - that you also have to get the Essentials Pack to gain access to it. Essentials costs $25/month and comes with a mix of Pop and Lifestyle channels, so the total becomes $54 per month.

Foxtel Now offers new users a 10-day free trial, so you can access the NBA Draft live stream through it for free. You can watch on PCs, Macs, smartphones and tablets, Chromecast, Airplay, PS4, Telstra TV, Sony Android TVs, and the Foxtel Now Box.

How to watch the NBA Draft on Fetch TV

ESPN is also available with Fetch TV, as part of the Vibe channel pack. The pack costs only $6/month. However, the total price of your monthly subscription will vary depending on whether you bought a Fetch box outright or got it through a broadband provider.

Finally, you can tune in for the NBA Draft with NBA League Pass, the online platform that allows you to keep up with all NBA events. With an annual pass, you can stream up to 1,200 games live or on-demand on your compatible computer, smartphone, tablet, and connected devices.

The Annual Pass is generally priced at $299.99. However, if you get one now to watch the NBA Draft, you'll only pay $14.99. You can see our full League Pass guide here.

Choose the right TV to meet your…

How to watch The Undoing online in Australia

Based on the 2014 novel You Should Have…

Watching one of these movies is the next…