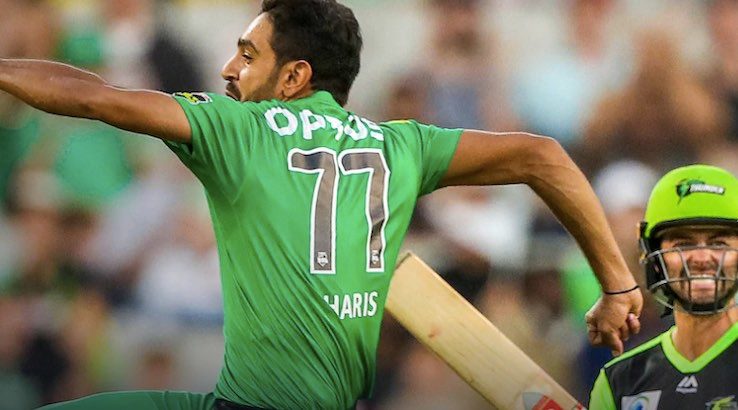 A shot at the BBL title beckons when Melbourne Stars play Sydney Thunder. Who'll meet the Sixers in the final?

SUMMARY:Your two best options for watching the Stars vs Thunder live is through either Channel 7 or Kayo Sports. Though if you need to stream BBL only Kayo not Channel 7 can. Watch the entire BBL finals for free using Kayo's 14-day trial. This gets you access to all its unique features and 50 additional live sports.

A loss to the Sydney Sixers meant the Stars missed their first chance to qualify for the decider. But they earned the double chance in this year's revamped finals series and need to win against Sydney Thunder or risk wasting another shot at BBL glory.

The Thunder meanwhile must feel like they are playing with house money. They keep winning knockout finals away from home and have enormous momentum. This is how you can watch the penultimate game of BBL|09.

When is the Melbourne Stars vs Sydney Thunder BBL finals match?

Thursday 6 February at 7:40pm AEDT is the date and time for the Stars vs Thunder showdown at the MCG.

All finals in BBL|09 are being shown on Channel 7 and Fox Cricket. So for Stars vs Thunder you have options on free-to-air television, Foxtel iQ, Foxtel Now or Kayo Sports. We have put together a full guide to the BBL|09 season for you here.

Unlike Kayo and Foxtel, Channel 7 opted not to show all matches of BBL|09, but it is showing the finals. The telecast of the Stars vs Thunder gets underway at 7:30pm AEDT on both the main and HD channels, just before the opening delivery. It is unable to show the match on 7plus.

Kayo Sports has more than 50 sports for you to choose from. If cricket is your main game, you are well and truly covered.

Kayo has access to every match of this season's BBL, every Australian Test, select U19 Cricket World Cup matches, every Australian ODI and T20I plus international series including New Zealand vs India. It's all live and all in HD.

Kayo also has a range of special features. Alternate Camera Angles includes the Flying Fox camera used in the Australia vs New Zealand Test series over summer and gives you a unique perspective on the action. Interactive Stats and the Key Moments Timeline are also among the options.

A Basic subscription with Kayo Sports costs $25/month and you can watch on 2 screens or devices at once. For $35/month, you can get a third screen. There are no contracts and you can cancel at any time.

Kayo currently has a 14-day free trial so you can check it all out. You can watch on iOS and Android devices, PC, Mac, Android TV, Telstra TV, Apple TV, Samsung TV (2018 models or later), Chromecast and AirPlay.

There is a full Kayo review for you here to check out.

The new five-team finals format is down to three. By finishing first on the ladder, the Stars earned a second chance after their opening loss to the Sydney Sixers.

If the Stars win this one, they get another shot at the Sixers, this time at the SCG. If they lose, their promising season will be over and we'll have an all-Sydney finale.

These two teams have taken it in turns when it comes to their head-to-head record. After the Thunder won the first ever match in the 2011/12 season, the Stars claimed the next three straight. Sydney responded with five consecutive wins and now the Melbourne outfit is riding another three-game winning run. That includes both matches this season, leading to a neat 6-6 record overall heading into this huge showdown.

Who will win Melbourne Stars vs Sydney Thunder BBL?

The Victorians have this year's leading runscorer and the newly crowned BBL Player of the Tournament, Marcus Stoinis. The Sydneysiders have the BBL's new record wicket-taker for a season in left-arm quick Daniel Sams.

We have written the Thunder off in each of their opening finals matches to date. And we're going to continue in that vein once again. Surely the Stars won't let this opportunity slip? Or maybe we're the kiss of death and secretly hoping for an all-Sydney decider at the SCG.