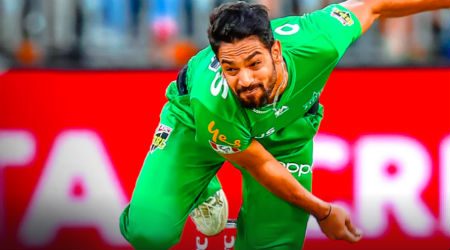 Melbourne Stars vs Sydney Sixers offers the victor a path straight to the BBL decider on 8 February and some welcome rest. This match is known as "The Qualifier".

For the loser of Stars vs Sixers, they will host the winner of "The Knockout" match between the Adelaide Strikers and Sydney Thunder, who defeated Hobart Hurricanes in "The Eliminator".

So there is plenty on the line when first faces second respectively in the Melbourne Stars vs Sydney Sixers BBL final. Below you will find all your viewing options and a guide to the BBL's new finals system.

When is the Melbourne Stars vs Sydney Sixers finals match?

A big crowd is sure to be on hand when "The Qualifier" gets underway at 7:15pm AEDT on Friday 31 January at the MCG.

All of the finals matches in BBL|09 are being shown on Channel 7 and Fox Cricket. So you can tune in via free-to-air television, Foxtel iQ, Foxtel Now or Kayo Sports. You can also check out our full guide to the BBL|09 season.

Channel 7's coverage of "The Qualifier" starts at 7pm AEDT on both its main and HD channels. It is unable to show the match on 7Plus.

Kayo Sports has more than 50 sports on offer and if you are a cricket fan, this is the place for you. As well as every single match of BBL|09, it has the rights to every Australian Test and WBBL game, every Australian ODI and T20I plus a host of international series.

It also has a range of special features, such as SplitView, which allows you to watch four sports at the same time.

Kayo currently has a 14-day free trial for you to give it all a test run. After that a Basic subscription costs $25/month and allows you to watch on two screens or devices at once. For $10 more per month, you can get a third screen with a Premium subscription. There are no contracts and you can cancel at any time.

Kayo is compatible with Android and iOS devices, PCs, Mac, Android TV, Telstra TV, Apple TV, Samsung TV (2018 model or later), Chromecast and AirPlay. There is a full Kayo review for you here to check out.

The BBL play-off system was tweaked for its ninth season. Five teams now make the finals instead of four and there is greater reward for the teams that finish in the top two, as we have seen above for the Stars and Sixers. They get a second chance in the finals.

The teams finishing fourth and fifth face off in "The Eliminator". The loser of that is finished for the season and the winner moves on to "The Knockout" against the third-ranked team, the Adelaide Strikers.

The winner of "The Knockout" takes on the loser of "The Qualifier" for the second spot in the final. This match has been titled "The Challenger".

The head-to-head between these sides has been a matter of trends. After the Sixers won their opening clash, the Stars then reeled off four consecutive victories.

Sydney snapped that streak in 2017 and produced 3 straight triumphs of their own, before the Stars responded with another 3-game winning run.

The Sydneysiders prevailed in the only clash between the sides so far this season, at the SCG on 20 January. Overall, Melbourne hold a 7-5 advantage.

Who will win Melbourne Stars vs Sydney Sixers?

The Stars have been the dominant team all season long, although they somewhat limped into the finals with three consecutive defeats, including that loss to the Sixers. But top spot was sewn up well before then and you can understand them taking their foot off the pedal a little.

The Sixers meanwhile won three straight games to close the season with plenty of momentum. They will like their chances of an upset here, but the Stars worked too hard to put themselves in a position for their first BBL title to let this huge opportunity slip.