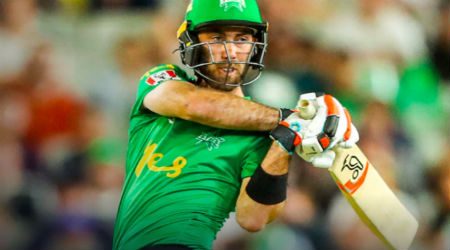 Melbourne Stars vs Perth Scorchers at the MCG pits a home side proving the standard bearer in BBL|09 against a Scorchers outfit stuck in a logjam for a spot in this year's play-offs.

In such a tight, evenly matched competition, there has been one constant this season – the Melbourne Stars. They have won 9 of their 10 matches to sit clear of the current second placed team, the Sydney Sixers (6-3 record).

Melbourne Stars vs Perth Scorchers is a rematch of the clash held in Perth on Wednesday this week, when the Victorians knocked the Scorchers over for just 86 inside 14 overs. The Stars then cantered to victory for the loss of two wickets and with eight overs to spare.

Perth had won three consecutive matches before that. With a 5-5 record, they would love to bounce back quickly and shore up a place in the top five. This is how you can tune in.

When is the Melbourne Stars vs Perth Scorchers match?

How to watch Melbourne Stars vs Perth Scorchers

Exclusive to Fox Cricket, this fixture is among the 16 games Channel 7 doesn't have the rights to on free-to-air television. BBL games also aren't on 7Plus. Kayo Sports and Foxtel are the only broadcasters to show every single match of the BBL season live. Check out our full BBL|09 fixture list here

Unless you are already a Foxtel iQ or Foxtel Now customer, Kayo Sports is the way to go. This is how you can watch every game of the BBL season live, including Stars vs Scorchers.

Kayo Sports, the newcomer on the Australian sports broadcasting scene, has access to more than 50 sports. It is also more affordable than Foxtel and boasts a range of special features.

SplitView allows you to watch four sports at the same time. Alternate Camera Angles, including the Flying Fox camera used in the recent Australia vs New Zealand Test series, offers a unique perspective on the action. A Key Moments Timeline and Interactive Stats are also great additions.

Kayo costs $25/month for a Basic subscription that lets you watch on 2 screens or devices at once. For $10 more per month, you can watch on 3 screens with a Premium subscription. It also offers a 14-day free trial and you can cancel at any time.

Kayo has access to every Australian Test and WBBL game. Plus, unlike Channel 7, it broadcasts all of Australia's ODIs and T20Is, including the current one-day series between the Aussies and India.

The Stars and Scorchers have an intriguing history since the advent of the Big Bash. Perth won the first two matches before the Victorian side reeled off six of the next eight. The Scorchers then hit back quickly and won the next four matches, while the Stars won the most recent encounter. From 15 matches overall, the West Australians hold an 8-7 edge.

Who will win Melbourne Stars vs Perth Scorchers?

The Stars have been on a heck of a roll all season long. They have won 7 consecutive matches and their only defeat in BBL|09 was a 5-run loss to Adelaide on 27 December on neutral ground on the Gold Coast.

Three-time BBL winners Perth only won two of their first six matches. A three-game winning streak then got them back on track before their humbling at the hands of the Stars earlier this week.

With this match at the MCG and Melbourne oozing with confidence, we expect Marcus Stoinis, Glenn Maxwell and the rest of the Stars to continue their winning ways.