How to watch Liverpool vs Everton FA Cup live and free 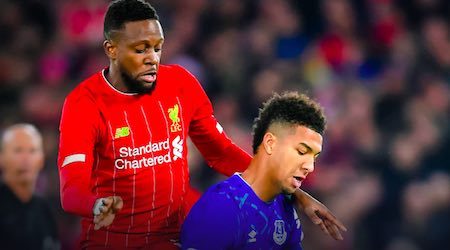 The 3rd round of the world's oldest football competition is headlined by a showdown between fierce rivals Liverpool and Everton.

Liverpool are in the midst of one of the great seasons in English football history. Now there's another piece of silverware they'll be chasing with the FA Cup, but an old rival stands in their way. Liverpool vs Everton, the Merseyside Derby is both sides' first match in this year's FA Cup.

Liverpool has 19 wins and 1 draw from their first 20 Premier League games. They're 13 points clear with a game in hand and are already European and Club World Cup champions.

On the other hand, Everton have endured a tough start to their campaign. But they pulled off a major coup by their recent signing of manager Carlo Ancelotti. The three-time Champions League winner would love to make his mark with an upset win over the Reds.

When is Liverpool vs Everton in the FA Cup?

This match will kick-off at Anfield in Liverpool at 3am (AEDT) on Monday 6 January.

How to watch Liverpool vs Everton FA Cup in Australia

ESPN has the rights to show FA Cup matches in Australia, including this fixture between the two Merseyside clubs. That means there is a wide variety of options to watch it. Kayo Sports, Foxtel iQ, Foxtel Now and Fetch TV are all showing this game.

See our how to watch the FA Cup article for the full schedule and broadcast details.

If you don't have a Foxtel subscription and you're keen to watch the FA Cup, Kayo Sports is the place for you. It currently has a 14-day free trial so you can tune in to this game and see what Kayo has on offer.

Kayo has a number of special features, such as Kayo Minis, which are available shortly after matches have finished. Other features include SplitView, where you can watch four sports at once, plus Interactive Stats and a Key Moments Timeline.

You can watch Liverpool vs Everton with Kayo either live or on-demand. Overall Kayo has more than 50 sports for you to choose from and we have put together a full review of the service for you.

A Basic subscription costs $25 a month and you can watch games on 2 screens or devices. The Premium option is $35 a month and gives you 3 screens.

The platform is compatible with Android, iOS, Apple TV, Telstra TV, Android TV and Samsung TV (2018 or later), Sony Bravia TVs, Mac and PC as well as Chromecast or AirPlay.

If you have a Foxtel iQ subscription including the Sports HD pack, you are all set for the showdown at Anfield. You can watch on TV or stream it to your laptop or mobile phone via Foxtel GO or the ESPN app.

Both are free with your Sports HD pack, which is $25 a month through Foxtel. But you must also sign up for the Foxtel Plus package $49 a month, making the total $74 per month. Foxtel is the only broadcaster in Australia that currently offers access to 4K sports content.

There can also be installation costs if you are a new subscriber, though Foxtel IQ deals are regularly available.

Foxtel's digital streaming service, Foxtel Now is another option for this match. You have to subscribe to the Essentials pack in addition to the Sports pack which costs $54 a month. A cheaper option than IQ, it's still more than double the price of Kayo Sports.

If you haven't tried it previously, Foxtel Now offers a 10-day free trial. We have also put together a full Foxtel Now guide which includes the list of compatible devices.

Fetch TV has access to ESPN and is showing 6 games in the FA Cup 3rd round, including Liverpool vs Everton. You can access it via their Vibe channel pack for $6 a month. The total cost of your subscription varies depending on whether you bought your Fetch box outright or through a broadband provider.

Who will win the FA Cup 3rd round match between Liverpool and Everton?

The Reds just brought up the remarkable milestone of going unbeaten in the Premier League for a full year. They will be heavy favourites to progress in this game.

But there will be a major factor in the eventual outcome – the team that Liverpool manager Jurgen Klopp selects. With the Reds intent on finally getting their hands on the Premier League trophy and facing a Champions League quarter-final against Atletico Madrid next month, Klopp is likely to call on some of his reserves.

Everton have begun to climb the EPL ladder under Ancelotti, moving up to 11th from the fringes of the relegation zone. They would love nothing more than to knock their rivals out of this competition. But with their talented line-up, it's hard to see anything but a Liverpool victory on home turf.

Defending champions Melbourne City will be looking to recapture their best form when they host Perth Glory.

The Ashes is back for another year and there's sure to be plenty of fireworks. Who wins the first Test?