How to watch Liverpool vs Arsenal Carabao Cup live and free 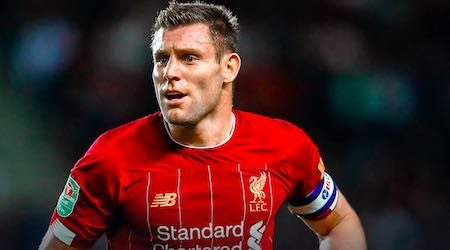 Liverpool and Arsenal meet at Anfield this week in a high-profile Carabao Cup clash between the two EPL giants.

Football fans have plenty to look forward this week, as the fourth round of the Carabao Cup includes some tantalising matches. On Thursday morning (AEDT) Liverpool are set to host Arsenal in what's shaping up to be an exciting encounter.

The Reds are in great form and Arsenal are hoping to bounce back following their weekend draw with Crystal Palace.

Aussie fans eager to tune in have plenty of options, whether they choose to watch on TV or stream the game live. However, since the game is scheduled so early in the morning, a replay later in the day might be the more convenient option.

Who will win Liverpool vs Arsenal?

Liverpool seem pretty much unstoppable this season. The Reds are currently leading the Premier League table by six points. In fact it has been almost 10 months since Liverpool last tasted defeat in a domestic match.

Their latest display against Tottenham was a thing of beauty, with Liverpool bouncing back from 0-1 in the first minute to dominate the rest of the match and win 2-1.

Meanwhile, Arsenal seem to be going through a rough patch, especially following their defeat against Sheffield United. Then on the weekend the Gunners had a 2-2 draw with Palace, when they basically threw away a 2-0 lead.

Still, the team are fifth in the league despite inconsistent form and may very well surprise fans with a timely win that will give them some momentum.

When does Liverpool vs Arsenal start?

The Liverpool vs Arsenal match is on Thursday 31 October. You can tune in for kick-off at 6:30am AEDT.

How to watch Liverpool vs Arsenal Carabao Cup live and free

In Australia, you can watch every round of the Carabao Cup live on beIN SPORTS. In other words, there are plenty of ways to tune in, whether you choose pay TV or streaming. You can see all your options in our extensive how to watch Carabao Cup guide.

If you're after the quick answer on your best choice to watch Liverpool vs Arsenal then take a look at Kayo Sports. Kayo is a dedicated sports streaming service with innovative viewing features and several football leagues from around the world.

Kayo Sports offers coverage of over 50 sports from all over the world, with content from beIN SPORTS in the mix as well.

A Basic subscription to Kayo Sports costs $25/month and lets you stream on two screens at the same time, while a Premium subscription supports three simultaneous streams for $35/month. Plus, new users get a 14-day free trial.

That means you can stream Liverpool vs Arsenal completely free and give the platform a spin in the process to figure out if it's a good fit for you. If you can't watch live, a replay will be available on the service.

Besides the generous content library, Kayo Sports comes with a user-friendly interface and some great features. Users can watch up to four videos on the same screen with SplitView, explore statistics with Interactive Stats or hide the scores with the No Spoilers setting if they're running late.

Subscribers short on time can use Key Moments to jump right to the action that matters in selected matches or watch a Kayo Mini. This is a condensed version of a game that packs all the highlights in 20 minutes or less.

This allows you to watch Liverpool vs Arsenal from home, on the way to work, at work or on replay at the end of the day.

Kayo Sports works via web or you can download the app to your smartphone/tablet. The platform is also compatible with Apple TV, Android TV, Telstra TV and Chromecast. We have an in-depth Kayo Sports review if you want to learn more about the service.

There's plenty of speculation regarding how the two teams will look on Thursday. On the Liverpool side, Virgil van Dijk and Mohamed Salah are likely to be rested.

Over at Arsenal, Granit Xhaka may be out following an outburst last weekend, when he appeared to swear at fans before leaving the field in a fit of anger.

Here are the current squads for both Liverpool and Arsenal: