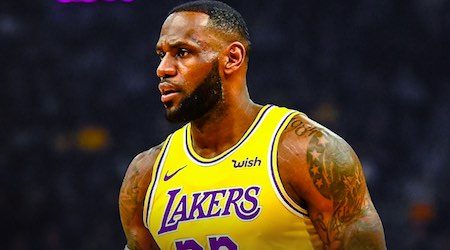 The LA Lakers vs Portland Trail Blazers in what will be the franchise's first game since Kobe Bryant's death.

Not just the NBA family, but the entire world lost a great man when Kobe Bryant died last week. The Lakers legend's sudden death understandably hit the franchise hard, which resulted in its first scheduled game since the tragedy being postponed. Now the Lakers return to the court against Portland Trail Blazers where tributes will continue to flow.

When is Lakers vs Blazers?

The Lakers vs Blazers will tip-off at 2:00pm (AEDT), following Houston Rockets vs Dallas Mavericks. Adding to the emotion will be the fact the game is at Staples Center, the home of the Lakers. As Alicia Keys beautifully put it during the Grammy awards, this is the house that Kobe built.

How to watch Lakers vs Trail Blazers live

In Australia the Lakers vs Blazers can be watched through two providers, NBA League Pass and ESPN. NBA League Pass is the only way you can watch every single game of the season, and while there's a 7-day free trial available, it costs $300 annually.

ESPN can be streamed through Foxtel IQ, Kayo Sports, Foxtel Now and Fetch TV. Of all those services, unless you're already an existing customer, Kayo Sports is your best bet to watch Lakers vs Portland using the 14-day free trial. You can see our full guide to watching the NBA here.

Kayo is a dedicated sports streaming service. The platform is built on its unique viewing features and a huge content offering with over 50 sports.

In addition to the Lakers vs Blazers game, Kayo has currently added a dedicated carousel honouring Kobe Bryant. This includes Bryant's 81 point game, final NBA appearance, career highlights like the 1997 slam dunk contest, many dedicated tributes from the basketball fraternity and more. 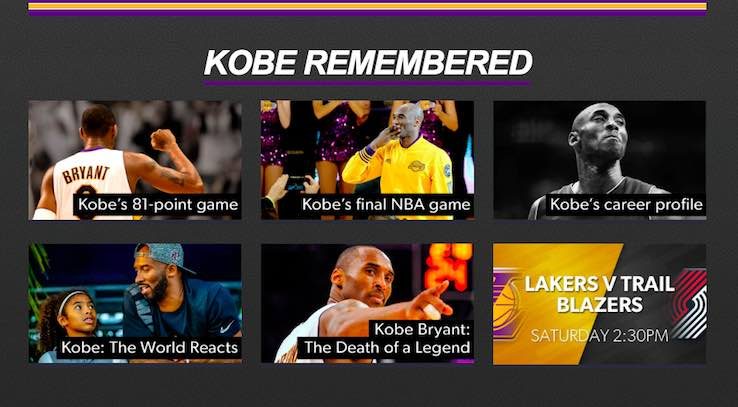 Once you've exhausted your free trial period, you can continue on from $25 a month and access Kayo on two devices. Otherwise it's $35 a month for three simultaneous streams. See our Kayo review for more information.

While you can understand that winning may still not be on the mind of several players, coaches and management involved in these teams, the Lakers especially would love to win for Kobe and his daughter Gianna.

We're expecting the tributes to continue when the game begins with both teams taking a deliberate 24 and 8 second violation in honour of Kobe. Several players will also likely be wearing Kobe's signature shoe rather than their own.

They've already decked out Staples Center with shirts with Kobe's jersey numbers 24 and 8. On Twitter this morning the Lakers also revealed a new patch honouring Kobe Bryant on the players' jerseys, as well as a new addition to the court.

LeBron James made it known this week he plans to lead from the front and guide the Lakers through this tough time. What won't be easy for the Lakers is that Portland needs every win they can get so they can reach the playoffs again.

Blazers star Damian Lillard has been on a tear lately. Lillard had his first ever triple double last game and before that had scored 50, 47 and 61 points in respective games. While the Blazers will test the Lakers, expect LeBron James to step up, he'll be as focused as ever and perform like an MVP.

Only Melbourne and the Western Bulldogs are left in the race to be crowned AFL premiers for 2021.

Alexander Volkanovski will look to defend his featherweight title when he faces Brian Ortega in UFC 266.