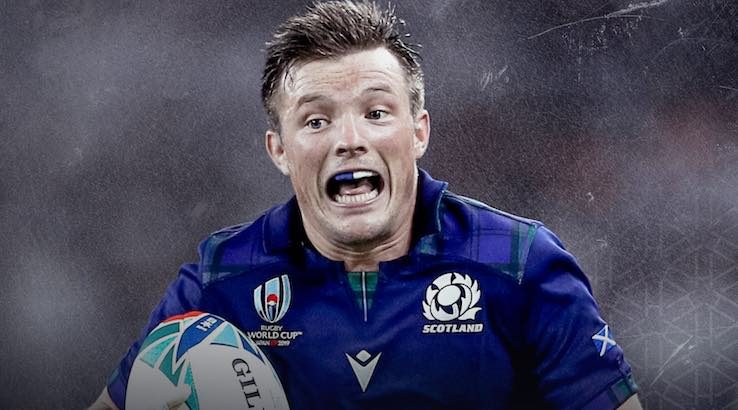 Typhoon Hagibis is threatening Japan vs Scotland, which is set to determine who will be the final team to advance to the Rugby World Cup quarter-finals.

SUMMARY: The best option to watch Japan vs Scotland live is through Kayo Sports. You can watch the entire Rugby World Cup group stage and quarter-finals for free using this 14-day free trial. This gets you access to all its unique features, and 50 additional live sports.

With less than 12 hours until kick-off, we still don't know if Japan vs Scotland will go ahead. Japan was hit by the full force of the Typhoon Hagibis overnight. Rugby World Cup (RWC) organisers are still waiting to assess the damage caused by the typhoon before making a decision.

This match is so important as it will determine who will advance in the tournament. If the match is cancelled as others have been already, the teams would share the points, with two apiece. This would result in Scotland being eliminated without even playing. Japan would then finish first in Pool A.

Scotland has been so infuriated by this potential outcome that it's already threatened legal action. The Scotsmen will be even more nervous after the Canada vs Namibia match, scheduled for Sunday, was cancelled this morning.

It could be worth fans keeping an eye on the Japanese F1 Grand Prix. All track activity was cancelled on Saturday and qualifying was moved to 11am AEDT today. Any further changes to the Suzuka F1 event might indicate trouble for the rugby.

Potential outcomes of Japan vs Scotland

If Japan vs Scotland does go ahead on Sunday, let's run through the potential outcomes.

Japan vs Scotland gets cancelled

First, as we said, if the match is cancelled Scotland go home and Japan advance. Japan would then be tied with Ireland, but top Pool A due to the golden rule.

The golden rule stipulates that if two teams finish on equal points, whoever won between the two in pool play is ranked higher. This then sees the Brave Blossoms play the Springboks in the quarter finals. Ireland would then play the All Blacks.

If Japan were to defeat Scotland then it's simple. The Japanese would again finish on top of Pool A and the same quarter-finals mentioned above would play out.

Now if Scotland win against Japan they still aren't guaranteed to progress to the knockout stage. In the RWC teams receive four points for a win, but are awarded a bonus point if they score four tries or lose by less than eight points.

Up to speed on that now? So what we're saying is Scotland need to win by scoring four tries and by a margin of nine points or more. This result would see the Scotsmen through to play the All Blacks. Ireland would top Pool A and meet South Africa in the quarter-finals.

If the Scottish are victorious but can't earn the bonus point available, then Japan finish second in Pool A. The Brave Blossoms then have to play the All Blacks. Ireland then play South Africa.

History of Japan vs Scotland

Japan and Scotland have previously met in seven matches. Of those Scotland have won all seven. They most recently played in June 2016 which Scotland won 21-16.

When does the Scotland vs Japan RWC game start?

Japan vs Scotland will be played on Sunday 13 October, 9:45 pm AEDT at International Stadium Yokohama. Again, that's a big if and it all hinges on the inspection of RWC organisers.

How to watch Japan vs Scotland Rugby World Cup

In Australia, RWC matches other than the Wallabies and most finals fixtures aren't available on free-to-air. Instead, your best option to watch Japan vs Scotland is Kayo Sports, a relatively new but innovative digital streaming service. Foxtel also has the match but isn't an ideal option for this single match.

Viewers are given the power to watch their own way with several unique features. The highlight of these is the SplitView feature which allows you to watch four sports at once. Other modern features include the Key Moments timeline, Interactive Stats, Kayo Minis and the No Spoilers function, perfect for when you want to catch up.

A subscription to Kayo starts at $25 a month, which lets you watch from two devices at once. The other option is the Premium option for $35 a month for the ability to have three screens operating simultaneous streams. That's some good value for streaming over 50 sports.

To watch on Kayo you can stream from virtually all devices. This includes iOS and Android devices after downloading the app. You can watch on your TV with the help of Airplay, Chromecast, Telstra TV and Android TV. You could also simply watch on the website via your PC or Mac too. Visit our Kayo hub page for more details.

You can test Kayo out earlier in the day by watching the Bathurst 1000 and trying out the exclusive RaceView feature. Alternatively, if you're in Sydney this weekend you could find an exclusive rugby pub.