How to watch India vs Australia 3rd ODI live and free 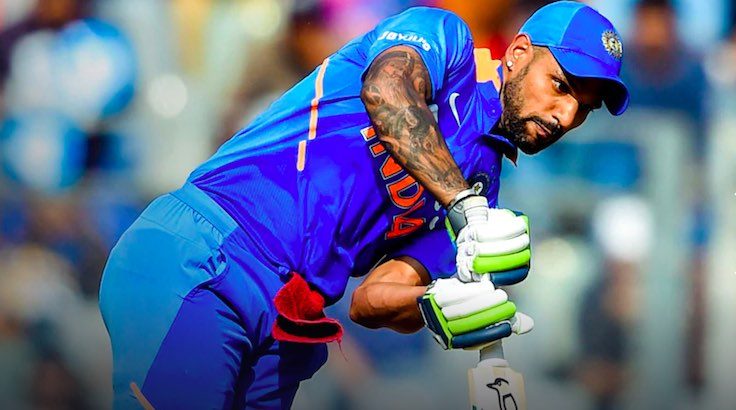 Game 3 is all set up for a thrilling decider between India and Australia, who will win?

The India vs Australia series will be decided on Sunday in the 3rd and final ODI. Embarrassed by their lopsided defeat in the first match, India responded impressively by smashing 6-340 after being sent in to bat in game 2.

Steve Smith (98) and Marnus Labuschagne (48) gave the Australians a chance at victory, but their dismissals led to a succession of wickets. The tourists were ultimately dismissed for 304 with 5 balls remaining.

When is India vs Australia 3rd ODI match?

The 3rd and deciding match in the series gets underway at 7pm AEDT on Sunday 19 January at M.Chinnaswamy Stadium in Bengaluru.

How to watch India vs Australia 3rd ODI match

For such a key series between two of the best one-day sides in international cricket, we compiled a complete India vs Australia ODI series viewing guide for you. Kayo Sports, Foxtel or Foxtel Now are the only options for game three, as is every ODI due to Fox Cricket holding exclusive rights.

Kayo Sports shows more than 50 sports including an absolute smorgasbord of cricket. They also boast a number of special features, which will be particularly handy this weekend.

SplitView is a Kayo feature that allows you to watch four sports at the same time. On Sunday night, the India vs Australia 3rd ODI is being played on the same day as 2 BBL matches and the 3rd Test between South Africa and England. There is also the men's under-19 World Cup. With SplitView, you don't have to miss a minute of any of them!

The ODI, the South Africa vs England Test match and the under-19 World Cup are all exclusive to Kayo Sports and Foxtel. Some of the other features on Kayo include Key Moments, Alternate Camera Angles and Kayo Minis.

As a cricket fan, this is a perfect time to take advantage of Kayo's 14-day free trial. Once you decide to sign up, a Basic subscription costs $25 a month and you can watch on 2 devices at once. A Premium subscription is $10 more and gives you 3 screens or devices.

For more information check out our Kayo Sports review.

Kayo Sports can be viewed on iOS and Android devices, Chromecast, Apple TV, Telstra TV, Android TV or Samsung TV (2018 model or later). You can also watch it on your PC, laptop or Mac via the Kayo website.

The home side made a strong start in a must-win second game. Reaching 81 without loss before Rohit Sharma fell for 42, the Indians were able to string together consistent partnerships. Shikhar Darwan (98 runs) and skipper Virat Kohli (78) shared a 100-run stand for the second wicket that put the hosts well on their way to a big total.

India's total of 6-340 always looked intimidating and so it proved for the Aussies. Steve Smith (98) fell just short of a ton and his knock gave the tourists a chance. But the middle order failed to fire as India picked up a deserved win and squared the series.

This is it – a third and deciding game between two of the powerhouses of world cricket. The big guns have all fired at different times and it will likely take a special innings with the bat or ball for one team to take control.

Steve Smith, David Warner, Aaron Finch and Mitchell Starc have all played key roles at times for the Australians. Virat Kohli, Shikhar Darwan and a balanced Indian bowling attack have also had their say.

M.Chinnaswamy Stadium in Bengaluru will be absolutely packed to the rafters with a boisterous Indian crowd expecting its team to win. But the Australians have made enormous strides in all forms of the game over the past 24 months.

We might be slightly biased, but we'll plump for a narrow Australian win, led by another David Warner century.

It’s all or nothing for the Western Bulldogs as their AFL finals hopes hinge on victory over Fremantle. Read more…

The Super Rugby season comes to an end with the ladder-leading Brumbies hosting the Reds in the decider. Read more…

Premiers Richmond fine-tune their title defence with a final round clash with a rapidly improving Crows outfit. Read more…

Benji Marshall plays his final match as a…

How to watch V8 Supercars SuperSprint The Bend live and free

Scott McLaughlin can wrap up a third straight…

Everything you need to know about Amazon's…

Whether you're looking for the cheapest plan…