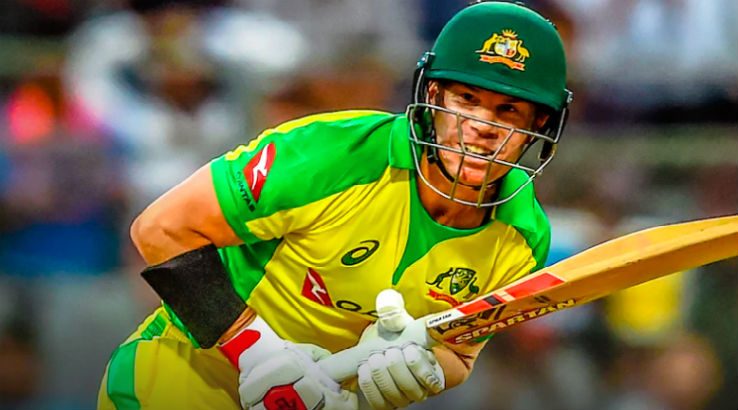 Can Australia replicate their historic dominant performance against India in the first ODI? Here's how to catch the second ODI of India vs Australia?

After restricting the Indians to 255 all out from 49.1 overs, David Warner and Aaron Finch both smashed unbeaten centuries in a rare thrashing in Mumbai with more than 12 overs to spare. It meant Australia recorded a history-making 10-wicket victory.

When is the second India vs Australia ODI match?

Game 2 in the 3-match series is being held at Khandheri Cricket Stadium in Rajkot and commences at 7pm AEDT on Friday 17 January.

How to watch the second India vs Australia ODI match

We put together a complete guide to this India vs Australia series, where you will see that the viewing options are Kayo Sports, Foxtel or Foxtel Now. Read on to find out more about Kayo Sports. There are no free-to-air options available for Australia's tour of India.

Kayo Sports has access to over 50 sports and if you are yet to check out all it has on offer, it has a 14-day free trial.

It also boasts a range of features, including SplitView, which this week in particular means you won't miss a minute of all the cricket action. SplitView allows you to watch four screens at the same time on selected devices.

On Friday night, that means you can watch the second India vs Australia ODI and the BBL clash between the Adelaide Strikers and Brisbane Heat. Both are exclusive to Foxtel and Kayo. You can also throw in day two of the third Test between England and South Africa, as well as the U19 Cricket World Cup.

You can watch Kayo on Android and iOS devices, Chromecast, Apple TV, Telstra TV, Android TV, Sony Bravia TV or Samsung TV (2018 model or later). You can also watch it on your PC, laptop or Mac via the Kayo website.

A Basic subscription costs $25/month and you can watch on 2 devices at once. A Premium subscription is $35/month and gives you 3 screens or devices. For more information check out our Kayo Sports review.

Also read: How to stream live cricket online in 2020

Australia won the toss and made the bold call to send the Indians in to bat in Mumbai. It looked even more of a risky move when the home side reached 1-134 after 27 overs. A big total looked on the cards.

But from that point on the Aussies were able to pick up regular wickets. Mitchell Starc carried on his good Test form with 3 scalps and Pat Cummins and Kane Richardson added 2 apiece as they restricted India to just 255 all out.

Australia's response was beyond impressive. Aaron Finch (110 not out) set the tone early and then David Warner (128 not out) took over, both recording centuries in the highest partnership by any team for any wicket against India. The end result was 0-258 from just 37.4 overs. Wow.

There are few prouder teams in world cricket than India. They will be stung deeply by such a one-sided loss in game one in front of their home fans. Their bowling attack in particular, led by the world's number one ranked ODI bowler Jasprit Bumrah, will be desperate to atone.

Momentum is also a wonderful thing and Australia have it in spades. An undefeated summer in Test matches and T20s has carried over into the one-day side. It adds up to a fascinating match-up in game two. One thing is for sure, we'll be tuning in.

Unbeaten lightweight Khabib Nurmagomedov returns to defend his title against Justin Gaethje in a sensational card for UFC 254.