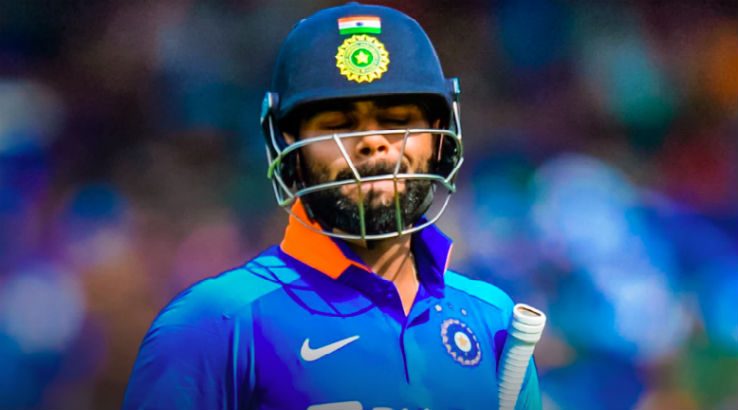 Following a dominant, undefeated home summer, Australia now head to India for a 3-match ODI series. Here's how to watch India vs Australia live and free.

The traditional Australian summer couldn't have gone any better for the home side. Australia won all five of their Tests. Tim Paine's men beat Pakistan 2-0 and followed up with a 3-0 sweep of New Zealand.

That was after Australia won 5 from 6 in the T20Is against Pakistan and Sri Lanka: it was only the rain that prevented another clean sweep. Now the one-day squad swings into action with a date with India. Virat Kohli's one-day line-up are number two in the current rankings, behind only world champions England.

The Aussies are ranked number four and are taking a squad to India mixed with experience and potential, though India are a different challenge, especially at home.

When is the India vs Australia ODI series?

The first ODI between India and Australia is at 7pm AEDT on Tuesday 14 January. It'll be played at Wankhede Stadium, Mumbai.

Matches 2 and 3 in the series also commence at the same time, in Rajkot on Friday 17 January and Bengaluru on Sunday 19 January.

How to watch India vs Australia ODI series

We have put together a full guide on how to watch and stream live cricket, which you can see here. This series is not on free-to-air television. Your options are Kayo Sports, Foxtel or Foxtel Now. Read on to find out more about what Kayo has to offer.

If you are yet to check out Kayo Sports, we'll start by letting you know it provides access to over 50 sports. The best way to see all it has on offer and if it is the right platform for you is by taking advantage of its 14-day free trial.

Kayo is also not your standard way of watching sport on television. Always broadcast in HD quality, Kayo has introduced a range of features.

SplitView lets you watch four sports at once and Interactive Stats keeps you across all of the action as it unfolds. There are also Key Moments and Kayo Minis, which are available 30 minutes after play has ended.

The platform is available on iOS or Android devices, Chromecast, Apple TV, Telstra TV, Android TV or Samsung TV (2018 model or later). If you prefer you can also watch it on your PC, laptop or Mac via the Kayo website.

A Basic subscription costs $25/month and you can watch on two devices at once. A Premium subscription is $10 more per month and gives you three screens or devices. For more information check out our Kayo Sports review.

Who will win India vs Australia ODI series?

As is typically the case, India will be favoured to win this series on home soil. With such unique conditions on the subcontinent, the Indians have their noses in front before a ball is bowled.

In Virat Kohli, Rohit Sharma, Jasprit Bumrah and Shikhar Dhawan, to name a few, India have some of the most damaging players in the one-day arena. Kohli and Sharma are ranked as the two best batsmen in the limited-overs format. Then Bumrah sports the accolade of the number one ODI bowler.

But the Australians won't roll over and let India take the series. Particularly in the one-day game, the Aussies have a knack of producing their best away from home, often when it's not expected.

They are taking a side full of experience to India, while players like Marnus Labuschagne, D'Arcy Short and Adam Zampa could reinforce their positions in the coloured clothing.

We're not prepared to tip against India at home, but it could be tighter than some expect. It was just a few weeks ago on home soil that India just sneaked in an ODI series win against the lowly West Indies.

Only one of Richmond or St Kilda can…