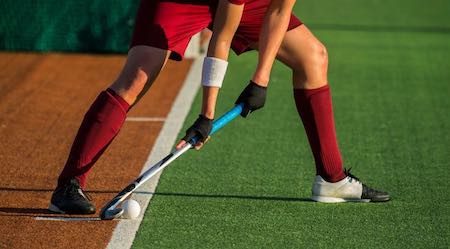 Hockey One is out to rejuvenate Australian hockey with a brand new competition designed on excitement and fun. Matches start on 29 September and are available to watch on TV or stream to devices.

Hockey One has also successfully incorporated both men's and women's teams to play under the same team name. Plus all teams will play in double-headers each week to showcase both genders, pushing the league's agenda of gender equality.

The inaugural season of Hockey One begins on 29 September. The aim of the league is to reinvigorate the sport and gain a new generation of fans.

Hockey One seems like it's trying to emulate a similar product to cricket's BBL, by changing rules that encourage fast and exciting play. One of the rule alterations is the field goal conversion.

When a field goal or a penalty stroke is scored during play, the goalscorer has a one-on-one shootout with the goalie to potentially add another goal.

Another new implementation is "pump plays" where teams are restricted to 9 players instead of 11 for the last 5 minutes of a quarter. This is sure to create some thrilling highlights as during pump play goals will be worth double! Now that's sure to create excitement for both old and new fans.

Fans will also never be left with the disappointment of a draw again. All matches will have a winner, with any tied matches to be decided by a shootout. A special points system has been introduced to ensure any side who loses via a shootout still receives some reward.

Teams in the competition

It's not only the rule changes that mimic the BBL it's also the team names which are a mix of laughable and cringeworthy. The teams are: Adelaide Fire, Brisbane Blaze, Canberra Chill, NSW Pride, HC Melbourne, Perth Thundersticks and Tassie Tigers.

While the team names are somewhat on the funny side, the playing talent is serious, with several Hockeyroos and Kookaburras set to participate.

There are a total of 48 games scheduled for the season, with the competition to finish with the grand final on 16 November.

How to watch Hockey One

Hockey One has organised a deal that will see Kayo Sports provide fans with unprecedented coverage of the sport. Kayo Sports will be the only platform to air every single Hockey One match live.

For those who are unfamiliar with Kayo Sports, Kayo is Australia's premium digital sports streaming provider. Fox Sports will pick up coverage of Hockey One during the finals, with games to be shown live on Foxtel.

Kayo Sports is designed with simplicity in mind for sports fans and a familiar interface with similarities to Netflix makes use easy. Subscriptions to Kayo Sports come at two different price points, for $25/month users can stream to two screens at once, or for $35/month subscribers can access three devices simultaneously.

Kayo has access to over 50 sports. Plus while the Hockey One season is running Kayo will also be showing the Rugby World Cup, Marsh One-Day Cup and the NBL. Kayo Sports also comes with some neat special features like Interactive Stats, a new Search function and most importantly SplitView.

SplitView allows you to watch four sports or matches at once, which is a must for those following Hockey One as some games are on at the same time. In addition to Hockey One, Kayo Sports also has the rights to stream Australian international hockey matches.

Kayo Sports is compatible with almost every device. Don't believe us? Read our full Kayo review, or you can test-drive the platform now with a 14-day free trial.

Watch Hockey One finals on Foxtel

As we mentioned, Foxtel will show Hockey One finals matches. This is great for existing Foxtel sports subscribers who don't have to do anything else to watch. Though for new customers it would likely be ill advised signing up to a Foxtel subscription just to watch the Hockey One finals.

There are currently two different Foxtel products available: Foxtel IQ and Foxtel Now. Foxtel Now is your cheapest option of the two but to have access to sport the price balloons out to $54/month, which is quite steep when you compare it to Kayo Sports. If your heart is set on a Foxtel package, Foxtel Now does offer a 10-day free trial.