How to watch the 2019 FIFA Women’s World Cup online 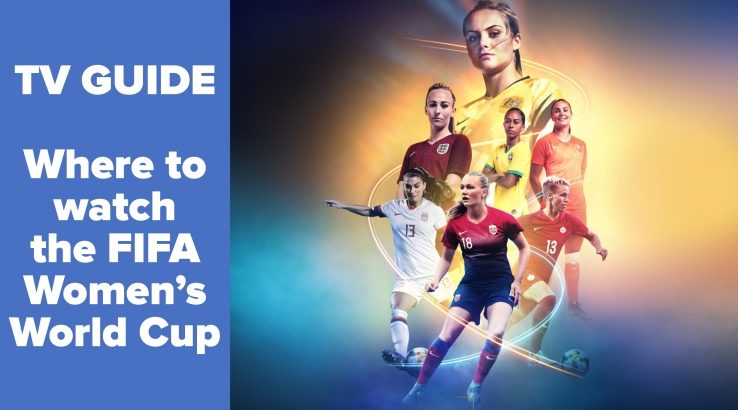 Join the Matildas as they go head-to-head with 23 other countries at the 2019 FIFA Women's World Cup. Here is your complete guide on how to live stream every match.

The Matildas, Australia's national team, are in Group C, along with Italy, Brazil and Jamaica. The United States are the defending champions, after winning the FIFA Women's World Cup in 2015.

Matches will take place from 7 June in 9 cities across France. After the group stage, the 2 best teams from each group, plus the 4 best 3rd-placed teams, will advance to the round of 16. This is the start of the knockout phase. After that, the winners will move forward to the quarter-finals, semi-finals and ultimately the final.

Where to watch the 2019 FIFA Women's World Cup

If you're eager to track the Matildas' progress, you're in luck. The national team's matches will be broadcast on free-to-air television in Australia, with Optus Sport also airing all 52 matches live. Here's how to keep up:

Can you watch the FIFA Women's World Cup on Kayo Sports?

Firstly, let's tackle this frequently asked question. Kayo Sports is Australia's most exciting new live sports streaming service. It holds over 50 sports that it broadcasts live and on demand across multiple devices and at a great price. While it does show a lot of football, including all of the A-League matches, it does not show the FIFA Women's World Cup. Still, Kayo Sports is worth exploring. To learn more about Kayo Sports, read this detailed analysis of all its features.

SBS is gearing up to provide extensive coverage of Australia's national team at the 2019 FIFA Women's World Cup. The free-to-air network will broadcast the opening match, the quarter-finals, semi-finals, the final and all of the Matildas' matches during the competition. At the same time, all live matches will be available to live stream anytime on SBS On Demand. Finally, all 52 matches of the tournament will be live and free on SBS Radio in multiple languages.

The SBS coverage starts with the opening match, France vs Korea Republic, which will air on Saturday 9 June from 5am AEST. Next, Australia will come up against Italy on Sunday 9 June from 9pm AEST. The Women's World Cup final is scheduled to air on SBS on Monday 8 July from 12.30am AEST. SBS will also offer a FIFA Women's World Cup Today daily highlights show every matchday from 6pm AEST.

If you want to watch all of the 52 matches taking place during the tournament, Optus Sport is your best bet. Optus subscribers can watch all matches live, including 40 matches exclusive to the platform, along with plenty of match coverage and expert analysis.

You can tune in on your TV or live stream Women's World Cup matches via the Optus Sport app on your favourite device. The app is available on iOS and Android smartphones and tablets, as well as on PCs and Macs. If you want to live stream the Women's World Cup to your big screen TV, you can do so via Fetch, Apple TV, Google ChromeCast, Xbox One or Amazon FireTV.

Non-Optus customers can subscribe to Optus Sport via the app for $14.99/month. The subscription comes with no contracts, so you can cancel anytime.

How to live stream the FIFA Women's World Cup for free

Optus Sport is running a great promotion for Australian school children, who can access the entire FIFA Women's World Cup for free through Optus Sport. All you need to do is head over to an Optus store, theoretically with your schoolchild in tow, to claim a voucher.