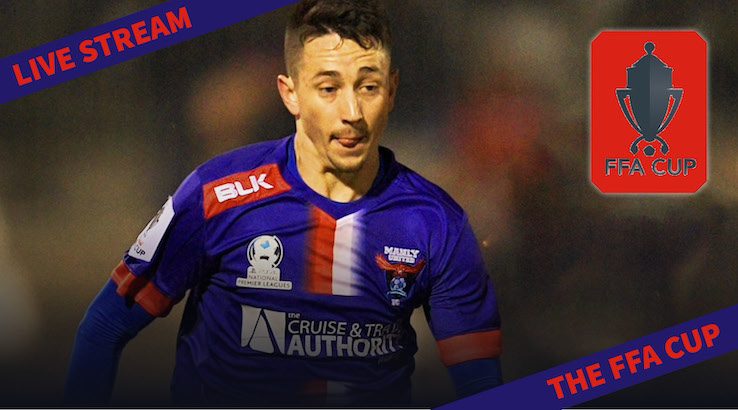 The FFA Cup final kicks off on 23 October, with soccer fans able to live stream the match online or on their TV. Here's your guide:

With four teams left in the mix, the FFA Cup is gearing up for an exciting knockout round. The Australian football tournament, currently in its sixth year, features clubs on all levels of the Australian league system competing to see who is number one.

In 2019, the FFA Cup includes ten A-League teams, the 2018 National Premier Leagues Champions (Campbelltown City) and 21 teams from FFA member federations that survived the qualifying rounds. Adelaide United are the defending champions – and the only team to have two FFA Cup titles under its belt. Other previous winners include Melbourne Victory, Melbourne City and Sydney FC.

See a full list of upcoming FFA Cup games at the bottom of this article.

When is the FFA Cup Final?

Soccer fans will be able to tune in for the 2019 FFA Cup final on October 23.

How to Watch the FFA Cup Final

The final match of the FFA Cup is Wednesday 23 October with Adelaide United vs Melbourne City kicking off at 7:30pm (AEST). Both Fox Sports & Kayo Sports will broadcast live at 7:30 pm (AEST) Central Coast Mariners vs Adelaide United.

Here's the breakdown on how to catch this round of the 2019 FFA Cup.

Kayo Sports will offer all matches of the FFA Cup finals both live and on demand. A Basic subscription to the multi-sport streaming service costs $25 per month and lets you watch two streams at the same time. Meanwhile, a Premium subscription supports three simultaneous streams and costs $35 per month. Either way, you'll gain access to over 50 sports from all over the world.

Moreover, Kayo Sports comes with exciting features that will be especially useful during the FFA Cup. Since most matches unfold at the same time, fans can use SplitView to watch up to four games on one screen, ensuring they don't miss a minute of the action. If you jump in late, you can either stream live or start at the beginning by taking advantage of the From Start feature. Or, use Key Moments to skip through the highlights of a match with only a click.

There are plenty of other unique features to enjoy with Kayo, including game-day hub pages, a Netflix style UI, Kayo Minis, interactive stats and more. For more information, read our detailed review.

How to watch the biggest soccer leagues in the world

Watch the FFA Cup on TV with Foxtel IQ

The FFA Cup Final will be available to watch on pay TV via the Fox Sports 505 channel. This is part of the premium Sports pack that you need to add to the base pack for an additional $29 per month. When you also include HD ($10 per month) on top of that, you're looking at a minimum cost of $68 per month.

You can also stream it to your laptop or mobile device with Foxtel Go, the app available free with your Foxtel subscription.

Besides access to over 50 sports live, a Foxtel subscription brings you the shiny iQ4 set-top box, which enables you to enjoy 4K content and record live television in style. While the Sport channel pack is generally an additional $29 per month, Foxtel IQ deals are often available, so you might be able to score a discount.

Fans can also stream the FFA Cup Final with Foxtel Now, which gives you access to Foxtel's channels via the Internet as well as offering a generous library of non-sporting content. In other words, it's an alternative for those who want to enjoy Foxtel programming, but aren't keen on getting pay TV.

The Sport Pack costs $29/month. However, you can only add it to your subscription after you get the Essentials Pack, priced at $25/month. Essentials offers a mix of Pop and Lifestyle channels.

If you have a Foxtel pay TV subscription with the Sports channel pack included, you are eligible for a complimentary Fox Sports digital subscription. That means you can easily stream all matches of the FFA Cup online on your favourite device as well as enjoy full replays of every game, available only 12 hours after the final whistle.

Live stream the FFA Cup with the My Football Live app

Key games in the FFA Cup will also be available live via the My Football Live app, which you can download from the App Store or Google Play. Live matches are unlocked with the Telstra Live Pass. If you're not a Telstra customer, you can purchase a live pass for $4.99 per week, $16.99 per month or $99.99 per year.