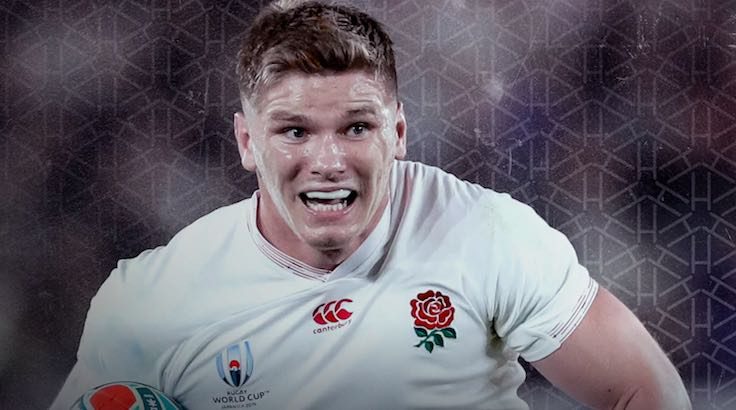 The William Webb Ellis Trophy is there for the taking. Will England or South Africa win it?

SUMMARY: The Rugby World Cup Final is shown live through Channel 10, Foxtel and Kayo Sports. Of those Kayo Sports has the most extensive coverage of the RWC Final. Watch for free using this 14-day trial. This gets you access to all its unique features and 50 additional live sports.

While it wasn't the most unlikely scenario there still would've been very few that had England vs South Africa competing in the 2019 Rugby World Cup Final. Though that's now the case, so it's a replay of the 2007 RWC Final that South Africa won.

England has had a very impressive tournament going unbeaten so far. Their best performance to date was last week's domination of New Zealand in the semi-final.

They now have the chance to complete what they're calling the first ever "Southern Slam". This can be achieved by defeating South Africa in the final, after already knocking off Southern Hemisphere teams Australia and New Zealand.

South Africa's only blemish so far was a tournament-opening loss to the All Blacks. The Springboks did only just scrape through to the final after a rather ugly semi-final win over Wales.

When does the England vs South Africa RWC Final start?

The final will kick off at 8pm AEDT on 2 November.

The Rugby World Cup Final can be watched on free-to-air TV, pay TV and online in Australia. England vs South Africa will be broadcast by free-to-air provider Channel 10 on both its standard and HD channel.

Pay TV provider Foxtel has the game available in 4K quality for iQ4 subscribers. Kayo Sports will have England vs Springboks available to live stream in HD. See our guide on how to watch the Rugby World Cup which explores your viewing options in depth.

If you're after extensive coverage of the Rugby World Cup Final then Kayo Sports is a must. Kayo has a stack of programming in the lead-up to the RWC Final plus more pre- and post-match analysis than Channel 10.

You can watch for free with Kayo courtesy of a 14-day trial. If you don't wish to continue on with a subscription, you can simply cancel before the trial expires.

Kayo is Australia's leading digital sports streaming service with over 50 sports. There are several unique viewing features designed to enhance your sports viewing experience too. With streaming capable from almost any digital device all you need is an Internet connection. Check out our full Kayo review for further info.

Where is the 2019 Rugby World Cup Final being played?

The Rugby World Cup Final will take place at International Stadium Yokohama, Japan. This is the same venue that hosted the 2002 FIFA World Cup Final.

Who will win England vs South Africa?

There seems to be some recency bias doing the rounds as England will start as rather convincing favourites. It must be considered though, that emulating last week's remarkable performance would be extremely difficult.

England goes in with the youngest ever team to start in the Rugby World Cup Final but not the least experienced. So while last week's stakes were extremely high, they did the job.

Maybe now being on the big stage as favourites will see some nerves enter the side. I mean we did see this happen for New Zealand after they pummelled Ireland in the quarter-finals.

South Africa will know they have to play far better than they did last week in order to win. What's important is that the South Africans are capable of doing so and have displayed good form throughout the tournament.

The Springboks enjoy grinding out victories. They rely on a tactical kicking game rather than testing their hand too much. If they can force England into some errors South Africa should go very close.

History of England vs South Africa

Since meeting in the 2007 Rugby World Cup Final, South Africa have had the wood over England. The Springboks have won 8 of 12 matches following that. England has turned a corner though, taking out three of the last five fixtures.

The most recent meeting between them in November 2018 saw England win in a nailbiting 12-11 victory.

England coach Eddie Jones had named an unchanged line-up, electing for the same 23 that took the fight to the All Blacks. This boded well for the English as the past three RWC winners all had unchanged teams for the final.

Unfortunately, since then reserve scrum half Willie Heinz has succumbed to a hamstring injury. Heinz has been replaced by Ben Spencer who has been sitting at home the entirety of the Rugby World Cup.

Springboks coach Rassie Erasmus has just one change. Cheslin Kolbe will start on the wing after recovering from an ankle injury. S'Busio Nkosi is the unlucky player to miss out on playing in Saturday's decider.