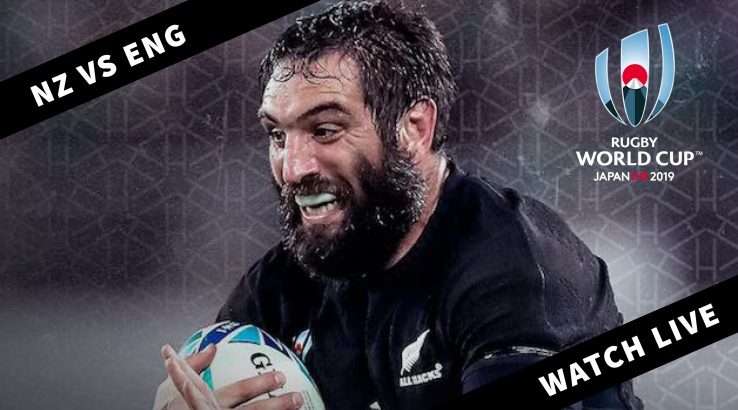 It's England vs New Zealand in the 2019 Rugby World Cup semi-final. You can find out how to watch a live stream for free here.

A shot at the William Webb Ellis trophy is on the line when England and the All Blacks clash in a blockbuster Rugby World Cup semi-final. The team that emerges victorious heads straight to the final while the loser is bounced to the bronze final match.

When does the England vs New Zealand RWC match start?

The England vs All Blacks rugby match will kick off at 7pm AEDT on 26 October. This Rugby World Cup semi-final will take place at International Stadium Yokohama.

In Australia, there are a few options to choose from to watch the Rugby World Cup. This match will be on free-to-air broadcaster Network 10 on TV, or can be live streamed to any device and TV via subscription service Kayo Sports or pay TV provider Foxtel. You can see our full guide for an extensive breakdown.

If you want to watch more than just the match and dive into an immersive viewing experience then take a look at Kayo Sports. Kayo has over 50 sports, with a specially designed viewing experience just for sport with special features like Interactive Stats and SplitView so you can watch four sports at once.

Kayo like Foxtel takes no ad-breaks during play so you won't miss a minute of the action. Plus Kayo has all the content from FOX SPORTS' 24-hour Rugby World Cup channel. So you can see extended pre- and post-match analysis from several rugby experts.

Who will win England vs New Zealand?

If you went to the dictionary and looked up tough plus all its synonyms, you'll probably find All Blacks listed as the definition for all of them. That's simply how good New Zealand are.

New Zealand absolutely manhandled Ireland in the quarter-finals. The New Zealanders played right until the final minute scoring a try on the siren. It's that type of relentlessness that will send shivers through the England camp.

England were one of the more fancied sides heading into the tournament. In fact they've remained a contender throughout but are really yet to be challenged. You can only beat what's put in front of you, but that could work against England in this match.

England coach Eddie Jones has promoted George Ford from the bench to start at fly-half. This seems to be an indication that England believe they need to beat the All Blacks with their attack.

Predicting New Zealand to win might be the easy option, though trying to go past the All Blacks who have the finest player in the world in Beauden Barrett and are the best side on Earth is near impossible.

History of England vs New Zealand

The first rugby match between England and New Zealand was played back in 1905. Since then, they've contested 41 matches overall. New Zealand typically get the better of the English, winning 33 matches to 7.

In more recent times though England have presented a much stiffer challenge. New Zealand have won the last six straight but five of them were by eight points or less.