How to watch Tigers vs Sharks live online for free: Round 25 NRL 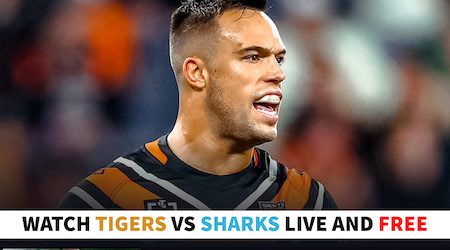 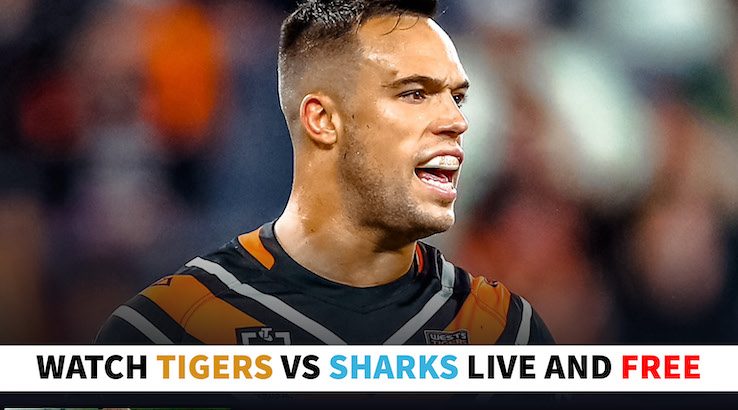 On Sunday, 8 September, it's a Cronulla Sharks vs Wests Tigers playoff for a spot in the NRL finals.

It's being billed as the most important rugby league match of 2019. A do or die clash between the 8th placed Cronulla Sharks and the West Tigers at 9th on the NRL ladder. In the final round of the 2019 NRL season, the winner of this match will move on to the finals and the loser will be getting ready for Mad Monday.

This is a game with far more interest in it beyond Sharks and Tigers fans. Not only does it decide the NRL finals make up, but for one of either Robbie Farah or Paul Gallen, it will be the last game in an illustrious career. Both New South Wales legends will be hanging up the boots at year end. It could also potentially be the last Tiger's game for fan favourite Chris Lawrence, who has yet to be offered a new contract.

When does the Sharks vs Tigers Round 25 game start?

The Sharks vs Tigers is at Leichhardt Oval, this Sunday, at 2pm. This highly anticipated game will be played in front of a sold out 20,000 capacity crowd. For all other games and results, check out the NRL schedule. Unusually for a game of this magnitude, it will not be available to watch on Channel 9 and free-to-air TV. Yet, thankfully, you can watch it for free online.

How to watch Tigers vs Sharks Round 25 NRL

The short and sweet of it is that Kayo Sports offers a 14-day free trial with instant access. You need a mobile phone number and credit card to sign up, and then within minutes you're watching. Cancelling is a breeze as well if you don't want to continue past the 14-days.

Kayo is a fantastic new sports streaming service that has over 50 sports live and on demand. This includes every single NRL game, as well as the entire finals series outside the Grand Final. It offers pre-show, post-show, interviews, entertainment programming, on-demand replays, highlights packages and more.

Plus it comes with a host of unique viewing features you won't find anywhere else. This includes SplitView (four channels at once), picture-in-picture mode, No Spoilers toggle to hide scores, Key Moments timeline to jump between, Interactive Stats, choose your own camera and more. You can read our full review here.

Kayo Sports can be accessed on PCs, Macs and iOS or Android devices. Plus you can watch it on your TV through ChromeCast, Apple TV, Android TV or Telstra TV. If you do decide to continue on with it, it only costs $25 a month.

Cronulla vs Wests Round 25 team lists

There is plenty of conjecture over the final make-up of both the Sharks and the Tigers, with coaches John Morris and Michael Maguire being coy.

Depending on the result, we are guaranteed to see the end of the career of one iconic club legend. Robbie Farah and Paul Gallen both announced their retirements will commence after NRL season 2019. Which means, if the Sharks were to win, then Farah will see his career end with the Tigers. Though, if the Tigers can win, Gallen's storied rugby league career will be finished.

With both sides posting almost identical stats across the park, Sunday afternoon may come down to goal kicking. Unfortunately, for both sides, they post the lowest conversion percentages among all teams in the NRL.

Cronulla missed three conversions last week causing them to lose the game. It dragged the team's season kicking percentage to 69.79% for the year. While the Tigers percentage is just a fraction worse at 69.7%. Will the Tigers vs Sharks come down to a sideline conversion?

Young Tigers centre Momirovski is coming off of an incredible performance against the St George Illawarra Dragons. He scored three tries and kicked all seven of his conversion attempts, for a personal haul of 26 points. Over his last two games, he has totalled 40 points. His goal kicking could prove the difference to the outcome on Sunday.

Benji Marshall is now a veteran of over 300 NRL games and he has wound back the clock in 2019. He has set up 17 tries this year, including six in the last fortnight. He will need to produce some of his iconic "Marshall Magic" to lead the Tigers to their first finals appearance since 2011.

A jack-of-all-trades international with tremendous skill, Wade Graham may be the X-factor that gives the Sharks the edge. After returning from an ACL injury, he earned State of Origin honours again in 2019. He played a key role in the New South Wales series win, with both crafty attack and crushing defence. The Sharks will hope he can reproduce that form and lead the way on the weekend.

At only 18 years old, Xerri is in his debut season for the Sharks. During his rookie year he has scored 12 tries and made 13 line breaks while playing at centre. Potent in attack, Cronulla will ensure he receives plenty of opportunities to score against the Tigers.

History of Tigers vs Sharks