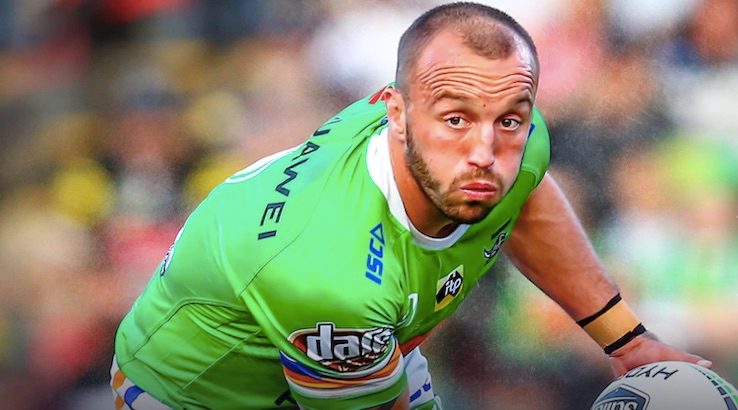 Canberra Raiders vs Gold Coast Titans is the season opener for both teams and few clubs will be as keen to get the new campaign underway as the Raiders.

Falling just short in last year's grand final in controversial circumstances, the Raiders will be intensely driven to go one step further in 2020 and bury that frustration once and for all.

The Titans are another team desperate to improve. The Gold Coast outfit finished dead last with just 4 wins from their 24 matches in 2019.

When is Canberra Raiders vs Gold Coast Titans?

This round 1 clash kicks off at 6pm AEDT on Friday 13 March at GIO Stadium in Canberra.

How to watch Canberra Raiders vs Gold Coast Titans

There is no free-to-air television coverage of this match. Foxtel iQ, Foxtel Now and Kayo Sports are your viewing options. We have put together a full viewing guide for the NRL season here.

If you are a fan of either the Raiders or particularly the Titans, you will need to strongly consider a subscription to Kayo Sports for 2020.

Just 2 of Gold Coast's 24 matches are on free-to-air this season. Despite their run to last year's decider, the Raiders have just 8 matches on Channel 9. You can see a full breakdown of the 2020 broadcast schedule here.

Kayo Sports has every game of the regular season live and in HD. New customers can get access to a 14-day free trial to give Kayo Sports a test run. Unlike the other broadcasters, Kayo also has a wide range of special features to add to your viewing experience.

SplitView (four sports at once on the same screen), Interactive Stats, No Spoilers (hide scores mode), Key Moments and choose your own camera are just some of the options.

In total Kayo has more than 50 sports on offer. The system is compatible with Macs and PCs, plus iOS and Android devices, Chromecast, Apple TV, Android TV, Telstra TV, Sony Bravia TV and Samsung TV (2017 or later).

Costs are either $25/month to watch on 2 screens at the same time or pay $35/month to enjoy 3 simultaneous streams. You can check it all out in our Kayo Sports review.

Who will win Raiders vs Titans?

In newcomer Justin Holbrook, the Titans have an accomplished coach who led St Helens to the UK Super League title last season. But it only takes a quick scan of their round one squad to suggest it could be another long season for the Titans. Holbrook will need time to mould the squad into a competitive unit.

The Raiders meanwhile are built for now. Having come so close to a drought-breaking premiership last year, coach Ricky Stuart will expect his charges to fire early and fire often. Canberra should be far too strong in this game.

Watford have disrupted a few parties this year and they'll be looking to do the same with Chelsea.