How to watch The British Open Championship online golf in Australia

How to watch The British Open Championship golf online in Australia 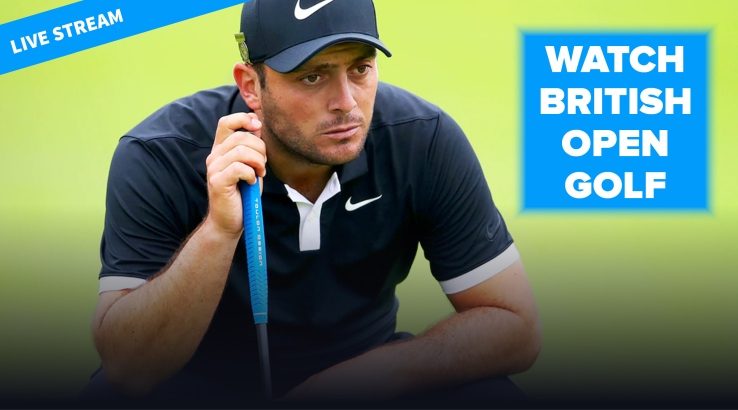 The 2019 British Open Championship of golf will be broadcast live into Australia on TV and online. Here's how to keep up with a live stream of every round.

The Open Championship, also known as The Open or the British Open, is shaping up to be one of the most hotly contested in years. Scheduled to tee off on Thursday 18 July, The Open will take place at the Royal Portrush Golf Club in County Antrim, Northern Ireland.

This is only the second time The Open has been held at the course: the last was in 1951, 68 years ago. As a result, most players are unfamiliar with the terrain, which will make the 2019 British Open all the more exciting. Northern Ireland's own Darren Clarke will hit the opening shot of the 148th Open, which is the fourth and final major of the golf season.

In 2019, several big names are hitting the links in Northern Ireland. Among the favourites are previous winner Rory McIlroy, who is enjoying some positive momentum heading into the tournament. Last year's winner, Francesco Molinari and 2017 champion Jordan Spieth, are also in the field. As is world number one, Brooks Koepka, who has a win and two runners-up finishes from 2019's three previous majors. What a stellar season!

When does the 2019 British Open Championship start?

Golf fans can tune in for the British Open Championship starting Thursday 18 July at 3:30pm AEST. Given the time difference between Australia and Northern Ireland, you'll have to watch live through the late afternoon, with the event running late into each night. Luckily, if you're not keen to lose sleep, Kayo Sports will offer on-demand replays and highlights packages for those who want to watch the The Open on their own schedule.

How to watch the 2019 British Open on TV in Australia

All rounds of the British Open will be broadcast live on Fox Sports (channel Fox Sports 505 to be exact) in Australia and be made available on demand. Here's the complete schedule of the broadcast:

Replays will be available to watch a few hours after the broadcast ends, around 9am AEST.

Golf fans can stream the British Open Championship with Kayo Sports, the online platform that offers over 50 sports live and on demand. A Basic subscription for the service costs $25/month and enables users to watch two live streams at the same time. Meanwhile, a Premium subscription costs $35/month and supports three simultaneous streams.

Besides a wide library of content, Kayo Sports offers some exciting features custom designed for sports fans and not available anywhere else. For the Open Championship, the platform will offer additional cameras for every round, providing even more coverage. These Featured Groups broadcasts follow the biggest names the whole way around each round.

The bonus cameras will be available on Kayo Sports' unique feature SplitView, which lets users watch up to four channels on the same screen. You can watch live or, if you jump in late, start at the beginning with the "From Start" feature. Every round of the tournament will be available on demand. Plus, a dedicated event page will also feature during the British Open, providing access to each day's play, talk shows, documentaries, classic rounds from the Open's past and more.

There is plenty more to discover about this fantastic service and we encourage you to dive into our deeper Kayo Sports review for more information. The good news is, it will cost you nothing to give it a try during the British Open. For new subscribers, Kayo Sports offers a 14-day free trial. The service is compatible with PCs, Macs, smartphones, tablets, Telstra TV, Android TV, Apple TV and Chromecast.

Can I live stream British Open online for free?

If you're a new subscriber to Kayo Sports, then the 14-day trial will more than cover the Britsh Open Championship of golf. Given the ease of signing up and cancelling Kayo Sports, this makes it not only the best way to live stream the British Open for free, but also a legal way! Plus, if you look at our global golf calendar, you'll also see a lot of other golf that is on over this two-week period that you can also tune into, which makes it a bit of a no-brainer really.

The British Open Championship will air live on Fox Sports 505, so you can watch it on TV through your existing Foxtel IQ subscription by adding on the Sport pack. The Sport pack includes the same 50 live sports and almost identical sports programming as Kayo Sports. But it costs an additional $29 per month (plus another $10 for HD), bringing up the overall base cost of the service to $68 per month.

The benefits of Foxtel IQ are that you can watch some content in 4K resolution, you can record to the device (if you don't like the idea of on-demand content), cable offers a more stable connection than streaming services and you get access to non-sporting content as part of the package. This includes HBO, Lifestyle and Fox programming. Foxtel IQ also comes with the Foxtel GO app, allowing you to live stream channels you're subscribed to through mobile devices.

There are some competitive Foxtel IQ deals at the moment, but you need to weigh up whether you want more than just sport, as you won't get the cheaper rate or unique viewing features of Kayo Sports.

Alternatively, you can stream the British Open with Foxtel Now. The online platform allows you to watch Foxtel content live and on demand via the Internet, making it a worthy alternative for users who aren't keen on getting the full pay TV installation, but still want to be able to enjoy Foxtel programming.

To watch the British Open golf tournament you'll need the Sport channel pack, priced at $29/month. This is a premium pack, though, so you need to subscribe to the Essentials pack as well to gain access to it. Essentials comes with a mix of Lifestyle and Pop channels for $25/month. So you're looking at a total of $54 per month. Note, while you get the same sports content as Kayo, you don't get the unique viewing features and modern UI.

Thankfully, Foxtel Now offers a 10-day free trial for new clients, so you can still try it out. The platform is compatible with PCs, Macs, smartphones, tablets, Airplay, Chromecast, Sony Android TVs, Telstra TV, PS4 and the Foxtel Now box.

Is the British Open Championship on free-to-air TV in Australia?

Unfortunately, no. So, you'll have to spend a little to enjoy all the action the British Open golf tournament has to offer. Or simply take advantage of the free trials available for both Kayo Sports and Foxtel Now to stream the British Open Championship for free.

As mentioned, coverage of the tournament kicks off at 3:30pm AEST on Thursday 18 July. Below you can find the current leaderboard after the completion of the Round 2.