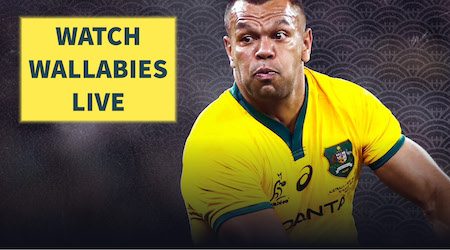 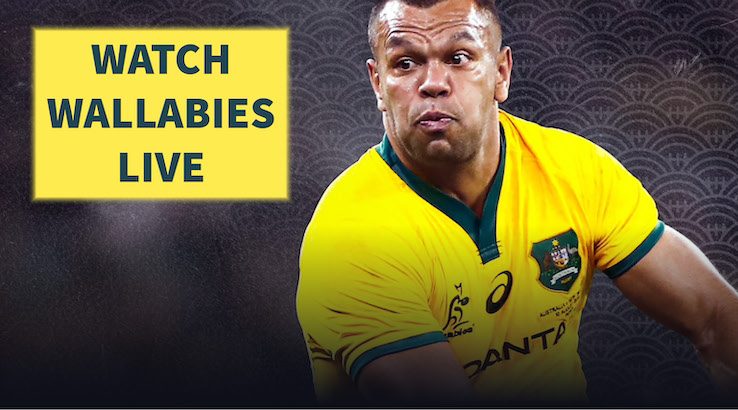 Don't miss a minute of action from the Wallabies' Rugby World Cup campaign. Live stream games or watch the Wallabies on your TV with this guide.

The Australian Wallabies have put fans through an emotional rollercoaster in the lead-up to the 2019 Rugby World Cup. It hit rock bottom with the controversial Israel Folau saga, peaked with a record win against the All Blacks, before nosediving again after New Zealand returned serve in dominating fashion.

Going back further, the team's 2018 results don't give fans much faith. Just 4 wins from 13 tests! This caused a flow-on effect in the world rankings, dropping Australia to sixth, which the side has yet to climb back from.

Coach Michael Cheika could possibly be out of a job unless the squad can muster a strong campaign. Although the Wallabies were runners-up in 2015, this year's journey has been far shakier. The 2019 Wallabies aren't the same team as yesteryear, but there are still some notable players.

Kurtley Beale has taken over from Israel Folau as fullback. There's captain Michael Hooper and former bad boy James O'Connor. The latter was once touted as the future of Australian rugby, but was exiled from the side for six years due to poor behaviour.

The surprising recent recall indicates he has restored his reputation. He will be a huge X-factor for the Aussies and his level of play will probably reflect how far the line-up advances. Veteran David Pocock has also announced that he will retire after the tournament, giving the Wallabies more fuel to fire up.

The Wallabies have had a mixed bag of results during the lead-up to the tournament. While the Aussies won without trouble in the final warm-up against Samoa, the side was below par for the majority of the game. It's hard to get a form guide. You can go back and watch the Wallabies previous matches on Kayo Sports (see below) to decide how the Wallabies are operating yourself.

Australia has drawn a relatively easy field for the group stage in Japan. The Australia vs Wales match will be the key to deciding who finishes on top of the pool. This is important, too. The runners-up in Australia's pool will likely be on a collision course with England, rather than the the lesser strike power of France or Argentina.

There are far more questions than answers surrounding the Wallabies. While they should progress from the pool stage, fans shouldn't hold their breath for a deep run in the tournament.

Every fixture of the 2019 Rugby World Cup is available in Australia to watch live, thanks to Foxtel and Kayo Sports. In addition, free-to-air network channel 10 will have all Wallabies pool games and a majority of the tournament's finals.

If you are only worried about how Australia play this World Cup and don't care about extra content or viewing features - or ads - Channel 10 will likely do. Though if you want to keep an eye on the whole tournament, enjoy chat shows, documentaries and news, then you'll need a subscription to either Kayo Sports or Foxtel.

In our opinion Kayo Sports is the pick. Kayo has access to more than 50 sports and gives you all the best content from Foxtel's sports packages. It also has a tonne of unique viewing features that aren't availble anywhere else. Plus, its the cheapest option at $25/month. You can get in and try it with this 14-day free trial.

A full breakdown on all the broadcasters showing Wallabies Ruby World Cup matches is below. We also have a dedicated Where to watch the 2019 Rugby World Cup guide.

Still after more information about Kayo? We have more guides for you.