How to watch Australia vs Pakistan Test series live and free 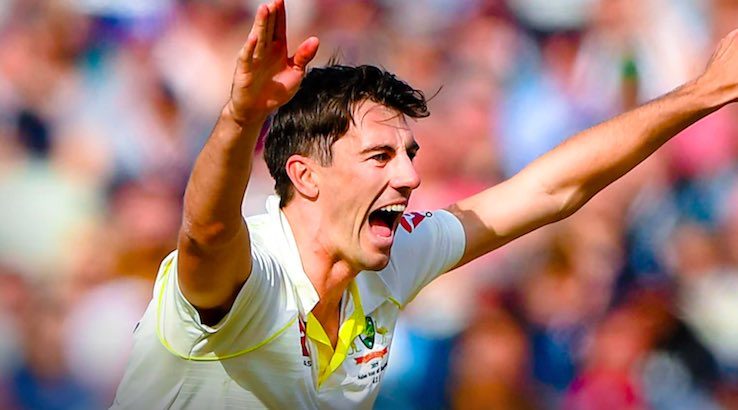 Australia host Pakistan at The Gabba in the first Test of the Australian summer.

Update: Australia has defeated Pakistan 2-0. The Aussies now have a test series against the Black Caps.

Australia will begin the first of their Test matches this summer in a series against Pakistan. There will be some familiarity between the two teams after they recently completed a three-match T20I series against each other.

Fans will be glued to their screens this summer. It won't be to only watch Australia, but also Steve Smith, who was suspended during last year's summer. Smith has established himself as the world's best Test batsman. His technique and unique stroke play leaves viewers wondering if there's anything the man can't do.

When is the Australia vs Pakistan Test series

The first Test match starts on 21 November at The Gabba at 10am Queensland time (11am AEDT). The second Test is a few days after the completion of the first match and is a day-nighter. Adelaide hosts the second Test from 29 November.

How to watch Australia vs Pakistan Test cricket series

Finder already has an existing how to live stream cricket guide. That provides a great snapshot of how to watch various international series and competitions. No need to worry though, we'll still give you a full overview here.

There's a wide variety of choices for viewers to pick from to watch Australia play Test matches at home. They include a mix of free-to-air, subscription and pay TV services, though there are a few stand-out options.

Obviously for those satisfied with free-to-air, Channel 7 provides easy access. But that doesn't mean you should necessarily settle for that. As we all know, spending five days in front of the TV watching Test cricket can sometimes be a grind.

Foxtel iQ and Kayo Sports have all Australian internationals from all formats available live and some other extra selling points. The pair have access to the expert FOX CRICKET commentary team that includes names like Shane Warne, Isa Guha and Adam Gilchrist.

Kayo has a range of features that are largely unrivalled that viewers can use to enhance their experience. Foxtel also gets to lay to claim by being the only broadcaster that offers 4K coverage.

After Channel 7 had its first summer of cricket last year, fans had mixed feelings on the coverage. It was always going to be challenging replacing Nine's coverage and to be honest it didn't do a terrible job.

Tune into Channel 7 to watch the Australia vs Pakistan.

Kayo hit the ground running last year with the debut of Australia's first ever dedicated sports streaming service. This year Kayo has upped the ante on its viewing features while maintaining coverage of over 50 sports.

Fortunately Kayo shares Foxtel's broadcast which means you get the highly respected FOX CRICKET commentary team. Pair this with features such as SplitView so you can watch four sports at once, Interactive Stats, a Key Moments Timeline and Kayo Minis, you'll see Kayo is the best in the market.

You can watch the entire Australia vs Pakistan series for free with this 14-day free trial. After that your subscription can continue for $25/month or on the Premium package at $35/month. The only real difference between the two is that the Premium subscription lets you stream to three devices at once.

Start watching with Kayo on one of its many compatible devices. The list includes all iOS and Android devices. You can get Kayo on your TV with Apple TV, Chromecast, Android TV and Telstra TV. Or you can watch on the website from your PC, laptop or Mac.

Foxtel iQ is the only Australian broadcaster that has sports coverage in 4K on the iQ4 box. The only problem is that it isn't exactly cheap. Existing customers can just add the Sports HD pack for $25/month and begin watching Australia vs Pakistan.

However, new customers need to hope to find a Foxtel iQ deal as the prices have recently surged. The new base pack Foxtel Plus is mandatory and costs $49/month.

Bundled with the sport and you're paying $74/month. That's also without mentioning another bill for potential installation costs. You do at least get access to Foxtel First and Foxtel GO.

Foxtel Now is Foxtel's own streaming service. To get sports content there's again a mandatory base Essentials pack $25/month. You can add the Fox Cricket channel through the Sport pack for another $29/month.

You also get access to the Foxtel GO app like iQ subscribers so you can watch from anywhere. New customers will also receive a 10-day free trial.

Who will win Australia vs Pakistan?

Australia had built a reputation at home of being flat-track bullies. Though last summer that didn't stop India handing Australia its first home series loss since 2016.

The Aussies were shorthanded at the time with the suspensions of Smith, Warner and Bancroft. It had exposed Australia's greatest weakness of a very thin batting line-up. Now though since retaining The Ashes, Australia look sharper.

Pakistan are ranked two places lower than Australia on the world ICC Test rankings at seven. They did last beat Australia in a Test series when they last played in 2018. But again Australia was sans David Warner and Steve Smith and in unfamiliar conditions away from home.

Are you getting the theme here? Australia shouldn't be overly threatened by Pakistan now they're at full strength, though Pakistan have some exciting fast bowlers who will challenge the Aussies. The other proviso of that is Australia need to get batsman Babar Azam out without troubling the scorers as he is one Pakistan can build an innings around.