How to watch the Australia vs Pakistan T20 cricket series 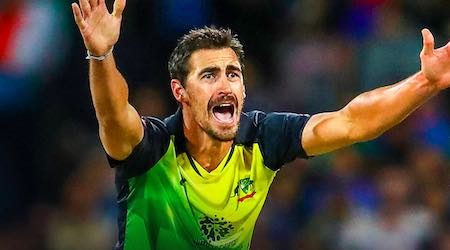 SUMMARY: The best value for money option to watch Australian T20 big bash cricket live is through Kayo Sports. You can watch the entire Australian T20 series against both Sri Lanka and Pakistan for free using this 14-day trial. This gets you access to all of Kayo's unique features and 50 additional live sports.

Cricket fans are able to enjoy plenty of action this summer. The Marsh One-Day Cup and the 2019 WBBL are currently in full swing, with the BBL scheduled to kick off in December. Until then, there's still plenty to look forward to, including Australia's upcoming T20 campaign against Sri Lanka.

Verified Today
Opt for an annual subscription and you can save $23 a year on Disney+ compared to the monthly plan.
Get deal

Not only that, but the team will then face-off against Pakistan, which translates to six games being played in only 13 days. Mark your calendars: there's plenty of cricket goodness to keep you glued to the screen over the next couple of weeks.

How to watch the Australia vs Pakistan T20 cricket series

The Australia vs Pakistan T20 cricket series will be exclusive to Fox Cricket, which is broadcast via Kayo Sports and Foxtel. You can watch it on TV with a Foxtel IQ subscription and the Sports channel pack or stream the action online. Check out our detailed cricket viewing guide for everything you need to keep up with the summer of cricket.

Kayo Sports offers coverage of over 50 sports from all over the world, including a whole lot of cricket. A Basic subscription costs $25/month and supports two simultaneous streams, while a Premium subscription costs $35/month and lets you stream on three screens at once. Either way, new users get a 14-day free trial.

The platform also comes with great features meant to make streaming a breeze. You can watch up to four videos at once on the same screen with SplitView, hide scores with the No Spoilers setting, explore figures and statistics with Interactive Stats, or go right to the action that matters in selected match-ups with Key Moments. If you're short on time, tune in for a Kayo Mini – a condensed version of a game, which gives you all the highlights in less than 20 minutes.

Kayo Sports works via the web or you can download the app to your mobile device. You can also watch it on the big screen, as the service works with Telstra TV, Apple TV, Android TV, Chromecast, Samsung TV (2018 or later). Read our Kayo Sports review for more information.

Watch/stream the Australia vs Pakistan T20 cricket series with Foxtel

Australia's three-game T20 series against Sri Lanka will be live on Fox Cricket. You can watch it on TV with a Foxtel IQ subscription and the Sports channel pack or stream the action to your laptop/mobile device with the Foxtel Go app. The app is free with your Foxtel subscription. Users also get the iQ4, the set top box that lets you record live TV and enjoy content in 4K. Lookup Foxtel IQ deals to see if you can score a discount when signing up.

Alternatively, the cricket matches will be available on Foxtel Now as well, since Fox Cricket is part of the Sports channel pack. The pack is priced at $29/month on top of the base Foxtel Plus pack, which is $25/month. As a result, you'll pay at least $54/month to stream sports with Foxtel Now.

The history of Australia vs Pakistan in the T20 big bash

Australia and Sri Lanka have a long and exciting history. As far as T20 Internationals go, the two teams have come face-to-face 13 times since 2017. Australia won five, while Sri Lanka won eight. Their last T20 encounter was during the Sri Lanka tour of Australia back in 2017, which Sri Lanka won 2-1.

On the ODIs side, Australia has the advantage, with 61 wins over Sri Lanka's 32 since 1975. The two teams met during the ICC World Cup earlier this year when Australia won by 87 runs.

Check out the two teams' rosters below: