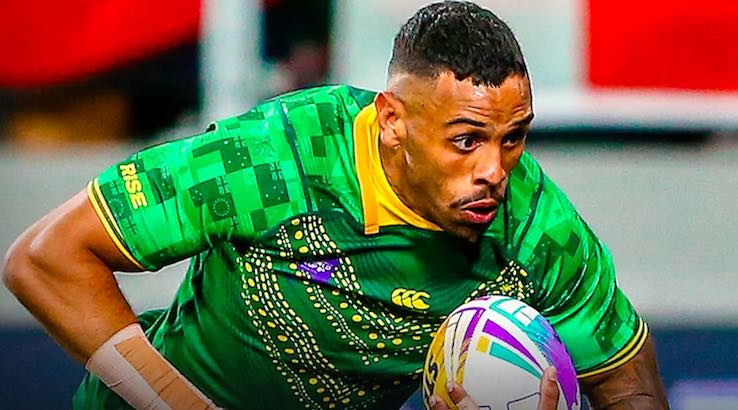 Australia play New Zealand for the first time in over a year. You can watch the traditional rivals clash live and free.

There's no bigger international rivalry in rugby league than the Trans-Tasman battle between Australia and New Zealand. The two are set to come to a head for the first time since 2018. It was the Kiwis who won that match 26-24, notching their first victory over the Kangaroos since 2015.

Australia vs New Zealand is set to start at 8:10pm AEDT. Details about the venue and other matches are available further down.

Fortunately, fans have a surplus of options to watch both the Kangaroos vs Kiwis as well as the Jillaroos vs Kiwi Ferns. Both matches will be simulcast on free-to-air and subscription services.

The Nine Network, Kayo Sports and Foxtel all have broadcast rights to the game. You can take a look at our rugby league test matches guide for a full breakdown.

Of all your choices though, Kayo is the best option if you love your sport. Kayo has over 50 sports, no ads during play and heaps of other rugby league content. You can also go back and watch last weekend's World Cup 9s tournament.

It's also worth noting Kayo will have all of the other rugby league internationals over the next few weeks while Channel 9 won't. So jump straight in with a 14-day free trial.

When is the Kangaroos vs Kiwis test match?

The international Kangaroos vs Kiwis match is set to kick off at 8:10pm AEDT on 25 October at WIN Stadium, Wollongong. There are also two other games on earlier than that.

The Junior Kangaroos will play France at 3:10pm AEDT. Then there'll be some women's rugby league as the Australian women play the Kiwis at 5:50pm AEDT. To see how to watch those matches please see our full how to watch rugby league test matches live and free guide.

As is usually the case between the pair the Aussies will start as favourites. This match will see a whopping nine players make their international debuts.

It'll also be exciting for fans to watch several NRL teammates go head to head. Raiders teammates Wighton and Nicoll-Klokstad plus Roosters allies Latrell Mitchell and Joseph Manu all square up in the centres.

Boyd Cordner can make history for NSW this weekend. Cordner can be the first NSW captain to complete a unique threepeat. A win over the Kiwis would see him captain a side to an NRL premiership, State of Origin series win and tier one nation victory.

The Kiwis' Benji Marshall will become New Zealand's most capped test skipper. Marshall returned to the national side for the first time in 7 years earlier in 2019 against Tonga.

Canberra Raiders forward Josh Papalli is set to play after overcoming a rib cartilage injury. You can see the final confirmed team lists just before kick-off on the NRL website.

Only one of Richmond or St Kilda can…

Australia's Wallabies will try yet again…