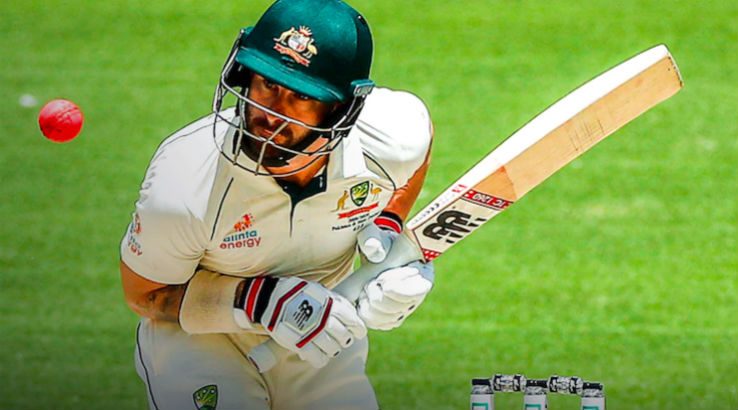 Australia vs New Zealand in the New Year's Test: Will New Zealand finally put up a fight or will Australia stroll to a 3-0 series whitewash?

Tim Paine's Australian outfit has been in outstanding form all summer, easily casting aside Pakistan in two Tests and now sitting 2-0 up against the Black Caps with one match remaining. The first two clashes with the Kiwis were one-sided affairs with Australia asserting its dominance in both.

One thing Australian fans are yet to see this summer is a gruelling five day affair. Could the New Year's Test finally be it?

What time does the New Year's Test start?

Day 1 of the New Year's Test gets underway at 10:30am AEDT on 3 January at the SCG, and is scheduled for the standard five days.

How to watch the New Year's Test

Just like all the two other games in this series, the New Years Test will be broadcast on Kayo Sports, Foxtel and Channel 7. See our full Australia vs New Zealand guide for a full breakdown.

Once again, Channel 7 will be showing the Test match on its main and HD channels on free-to-air television.

Channel 7 is getting the ball rolling early with a pre-game show starting at 9:30am AEDT that leads into the start of play at 10:30am AEDT. Channel 7 is unable to stream the cricket live via the 7plus app, so unless you can get in front of a TV you're out of luck.

If you're not already a Foxtel subscriber or you're still trying to recover from one too many drinks on New Year's Eve, Kayo Sports is the best option for tuning into the action at the SCG.

Kayo has coverage of more than 50 sports and also offers a number of bonus features for you to enjoy. With SplitView, you can watch four sports at once. With Key Moments, Interactive Stats and Kayo Minis, you can enhance your viewing experience. Then just for the test matches there's also the Flying Fox camera, so yo can choose to watch from alternate angles.

Added to the BBL, Australia's tour of India and FOX CRICKET's stable of expert commentators, all beamed in HD, it's the best option on the market.

A Basic Subscription with Kayo will cost you $25/month and gives you the option of viewing on two screens or devices at once. A Premium Subscription for $35/month adds another screen. There are no lock-in contracts and your subscription can also be cancelled at any time.

You can also take advantage of Kayo's 14-day free trial to see if it's right for you.

Kayo Sports is compatible with Android or iOS devices or you can access the cricket via the Kayo website with a PC or a Mac. You can also watch it on your television via Chromecast, Apple TV, Android TV, Telstra TV or Samsung TV (2018 models or later).

For more information, check out our full Kayo Sports review.

New Zealand and their legion of fans came to Australia with high hopes of taking it right up to the hosts. Part of that excitement came via the fact that they would contest a Boxing Day Test for the first time in 32 years.

But it has just about all gone wrong for a side that entered the series ranked number 2 in the world. A massive 297-run defeat in Perth was followed by a 247-run hiding in Melbourne.

Pride and rankings points are about all that's left to play for at the SCG. Both teams are said to be considering picking two spinners to take advantage of a turning Sydney wicket. That would surely please FOX CRICKET commentator and spinning legend Shane Warne, who has been screaming for the Brisbane Heat's Mitch Swepson to debut.

Sent in by the Kiwis at the MCG, Australia piled on 467 runs in their first innings, led by Travis Head's second Test century. New Zealand then limped to a dismal 148 all out in reply. Pat Cummins led the way with five wickets.

That effectively ended the contest right there, with Australia marching to a simple victory. One bright spot for the Black Caps was opener Tom Blundell's fighting second-innings ton.

New Zealand's veterans need to contribute or it will be another long week in Sydney.